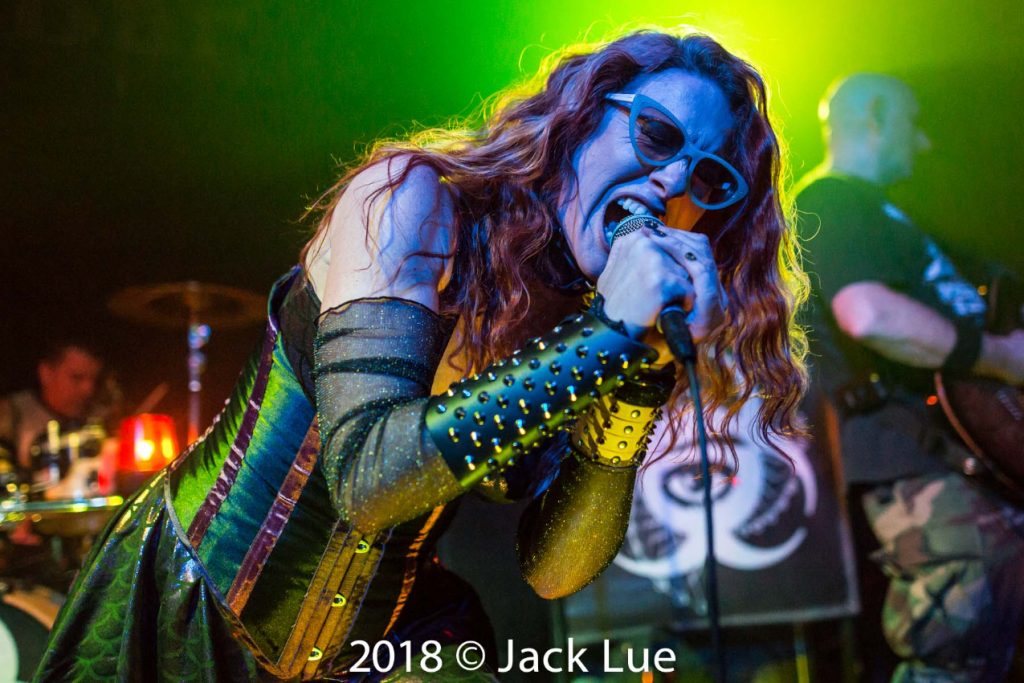 One artist who has broken through this mold, however, is Jen Taylor Warren, co-founder, and first vocalist of the legendary all-girl Iron Maiden cover band, The Iron Maidens.

Retired from The Iron Maidens, Warren currently performs with her own original metal group, Surface Tension, and is an advocate for Autism Awareness. She helped found the charity event Metal Jam which has raised nearly $100,000 for the cause.

Below, Warren discusses The Iron Maidens’ origins, what it’s like being a woman in metal music, and offers advice to females looking to break into the genre.

For more on The Iron Maidens, visit theironmaidens.com.

WiMN: What was your introduction to music, and what led you to an interest in metal?

JTW: Great question. A childhood tragedy drew me to metal but I’ll get to that in a minute. My grandmother was a music teacher and songwriter and got her master’s degree in music back when that was discouraged for women. She taught me the basics of piano, voice, and violin. My mother received a minor in music and played the organ at the local Baptist church, sang in the choir, and directed children’s musicals and my father played the trombone and sang, so music surrounded my household as a youngster. Additionally, I grew up attending a mega church and sang back-up vocals for their TV show.

I became interested in metal and classic rock when MTV got popular. I loved the quick tempo and distorted guitars and felt unity with the musicians playing these amazingly powerful sounds, as if they were my big brothers, offering an umbrella of protection. It wasn’t until recently that I came to realize that on a subconscious level, I was drawn to metal as a source of strength, from a horrendous repressed memory of my childhood playmate who was brutally murdered by a stranger while she was walking home. A random act of violence. For decades, I blocked out this memory, later understanding that I felt a sense of solace and raw power when listening to heavy music, as if I somehow could have saved her if I was able to channel into this strength on some level—and use metal as a force of protection—which is absurd. I was just six years old at the time but I came to realize that this incident fuels my love for supporting other women and empowering them.

WiMN: Can you tell us about any major influences that made an impact on you?

WiMN: What led to the formation of The Iron Maidens?

JTW: I can distill down the creation of The Iron Maidens to two additional occurrences in my life. As a teen, I took college music classes at night after my regular high school day was over and studied electric guitar with a jazz teacher who wanted to teach me jazz riffs, a little Boston, and Led Zeppelin. I pleaded with him to teach me songs by Maiden, Priest, and Lita Ford and I remember one particular day I told a boy at school that I was learning to play “The Trooper” but I couldn’t play it to tempo yet and he said, “No girl will ever be able to play Maiden fast enough,” and he was dead serious. He wasn’t trying to be a jerk, he really believed it and that made me mad and that festered for a while.

Later I attended Cal State Long Beach to study Theatre Arts and in the late ’90s, I traveled with Sass Jordan’s band on a Canadian mini tour through Toronto that changed my life. I went back to California realizing it wasn’t too late to assemble a metal band and after doing research online, I found a Maiden tribute band out of Chicago, which gave me the idea for Wrathchild, a mixed-gender Maiden tribute band that ran its course, and we birthed The Iron Maidens from there. Melanie Sisneros, the first bassist and I, put feelers out for female musicians in the local area, and hooked up with two amazing players from Phantom Blue, Linda McDonald and Josephine Draven. Being the only mother in the band, my nickname became Wrathmom. I’m very proud of the current lineup and the exponential hard work they’ve put into that project. They are without question, THE most successful female tribute band on the planet.

WiMN: Aside from The Iron Maidens, do you have any other projects you can tell us about?

JTW: My original metal band Surface Tension is classic, down-tuned metal with roots in thrash and progressive genres with clean and growly vocals. We are in the studio this month recording our debut EP and this summer we play the Viper Room Hollywood followed by a Western region mini-tour. This fall we open for the Graham Bonnet Band in O.C.

WiMN: Tell us about your mission to raise awareness for autism. Are there any other causes you are passionate about?

JTW: My oldest son was diagnosed with Autism by UC Irvine when he was two and I was on a mission to find out all I could about how to reverse the symptoms and help him adapt as best I could. Today he is a studious Geology major at Cal Poly and loves distance running, hiking, singing along to Tenacious D songs in the car, and my attending my gigs. He’s my miracle. Now I participate in an annual charity jam for the UCI Center for Autism & Neurodevelopmental Disorders called Metal Jam that I helped found in 2003 that has cumulatively raised nearly $100,000. Surface Tension has an upcoming free show on June 1st at Centerfield in Huntington Beach, where we collect canned food donations for a local children’s shelter offering assistance to homeless women with small children.

WiMN: Has there ever been a time that you felt discrimination in the music industry because you were a woman? How did you overcome it?

JTW: Yes—while playing metal guitar in the mid to late 1980s and fronting The Iron Maidens in the early 2000s while getting that project off the ground. Back then, there was a lack of belief that women could play Maiden note-for-note, so we had to educate people one show at a time and bust our butts promoting—the old school way.

Venue owners and promoters want you performing if you can draw a crowd so they can pay expenses and turn a profit. They could care less if you are a man, woman, gay, straight, dog, cat, tree, or fill in the blank. The tricky part comes with promoting yourself when you are an unproven commodity. Three things we did to overcome the obstacle of people thinking we were not good enough include relentlessly rehearsing to high standards,
promoting our hearts out, and killing them with kindness—never losing heart and being that positive force that people love working with.

WiMN: Do you have any advice for women looking to break into the music scene, or more specifically, the metal scene?

JTW: Three pieces of advice. First, be willing to fail. Finding the perfect situation and auditioning for other people’s projects can take time to find the right fit, but even failed auditions or failed projects are never a waste of time. I’ve sat in and performed with bands that I auditioned for, and not gotten the gig, and ended up adding those performances to my video demo reel. Keep in touch with people from these projects, stay positive, and help them promote gigs.

Second, create your own opportunity. The Iron Maidens didn’t find me. I created the idea for a Maiden tribute band, recruited members, and The Iron Maidens blossomed out of that once I surrounded myself within a conducive environment.

Third, be a positive joy to work with and embrace any opportunity to perform, whether as a back-up vocalist, duet, fill-in singer/player on a song, or even a character performer. When not singing, I sit in as “Mrs. Powerslave Eddie” with three Maiden tribute bands. It’s a character I created with a mask and 12-foot-tall golden wings, just out of my love for Iron Maiden music. While sitting in with an project, you have the opportunity to work with new musicians and meet new bookers and promoters, opening exponential doors to new gigs. It’s a win-win. 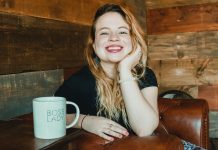 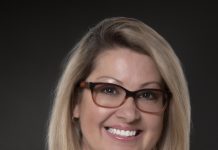 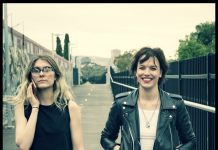