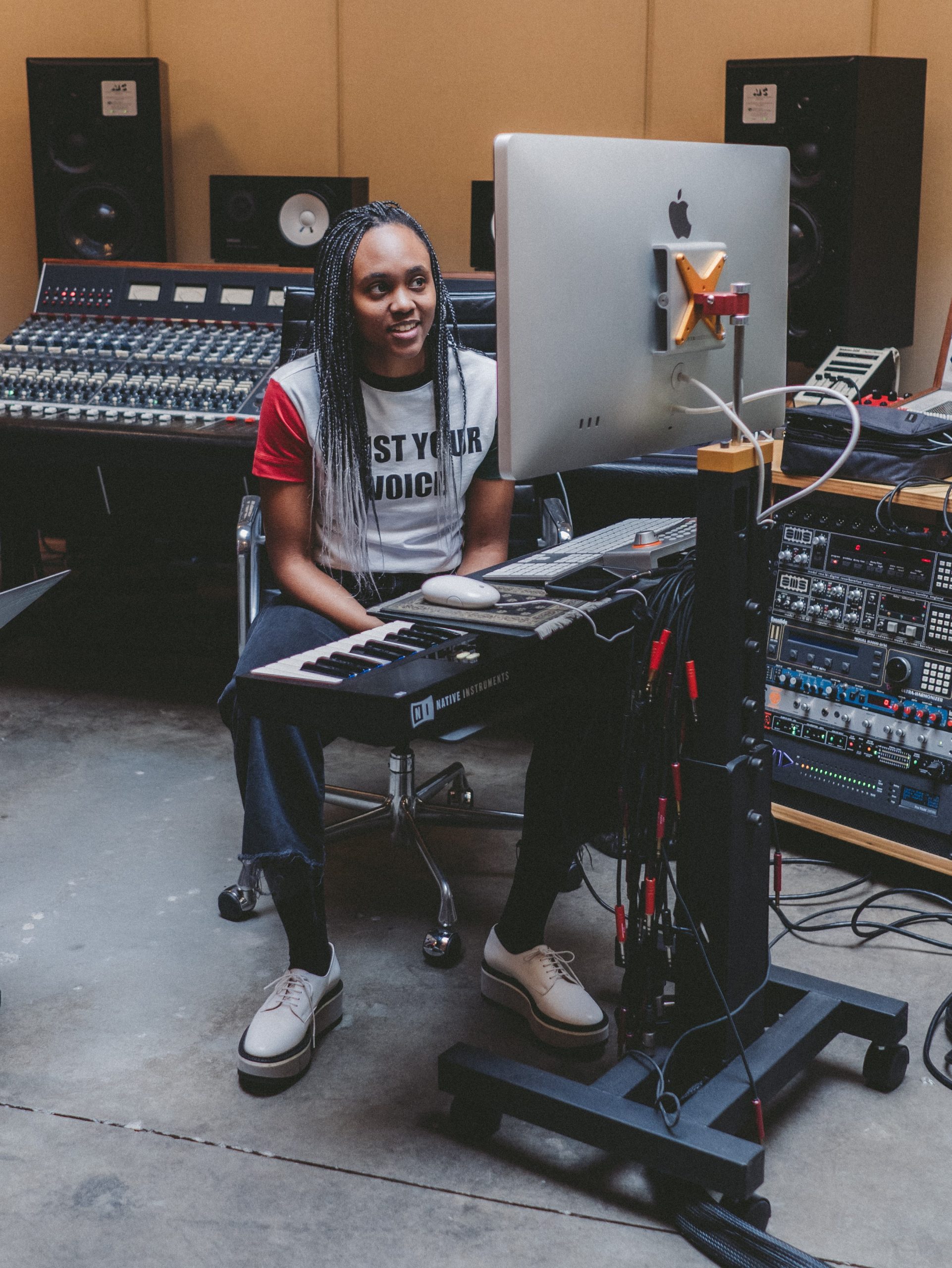 New York City-based producer, audio engineer and singer-songwriter Ebonie Smith knows a thing or two about the music business, from both sides of the mixing desk! She holds a master’s degree in music technology from NYU and is currently an audio engineer and producer for Atlantic Records. Having seen the lack of visibility for women in music production, she established the non-profit, Gender Amplified, who’s goal is to celebrate women in music production, raise their visibility, and develop a pipeline for girls and young women to get involved behind the scenes as music producers.

The WiMN sat down with Smith several years ago to explore her early career, personal musical experiences, and the beginning of Gender Amplified. You can read that interview here. We recently caught up with her about current projects, her induction as a She Rocks Awards recipient, and more.

The WiMN: In the time you’ve been working as an engineer and producer at Atltantic Records, have you seen more opportunities arise for women in these types of roles?

ES: Absolutely, so many women have begun to use their voices to speak out about the disparity. The Annenberg study from USC helped to highlight this disparity using statistics. Before that, there was never any data to really back up what so many women have been experiencing. Now we are seeing an industry-wide effort emerge to ensure that more women have access to proper training and proper professional development opportunities in music and audio production.

The WiMN: In the past few years, you’ve engineered a diverse array of projects in multiple genres, including some Broadway cast recordings. What are a few memorable projects you worked on?

ES: Working on Hamilton the Broadway musical was one of the greatest experiences of my career. That record helped me realize that I can make music that is informative, musically dynamic, and profitable.

The WiMN: Let’s talk about your work for Gender Amplified – what are some projects you’ve worked on in the past year or two that you’re particularly proud of? Please share a little about them.

ES: I am particularly proud of the Ctrl Room Series. It’s a music production and writing camp designed to bring incredible producers, songwriters, and other women creatives together with the intention of making great music, networking, and learning in community. You can learn more about it here.

The WiMN: How did you enjoy being an honoree at the She Rocks Awards this past January? Was there a highlight of the evening for you?

ES: I was so tremendously humbled by the experience. It was such an honor to be recognized by a room of such esteemed women. It was also an honor to be contributing to such a rich musical legacy of excellence and professional achievement. Each woman honored is a dynamic force in her field. It felt so amazing to see women supporting other women in such a fantastic and empowering way.

The WiMN: In closing, what advice would you give to young, female, aspiring engineers and producers looking to get their foot in the door?

ES: Though the allure of the entertainment business can be enticing, I would advise aspiring to be an engineer and/or producer only if you love the craft. The producers and engineers who we all admire have a deep appreciation for music and a commitment to the craft of making quality records. To pursue the art form exclusively for money and fame, in my opinion, is to have distorted intention and motivation.