By Gabriella Steffenberg and Tom Gilbert 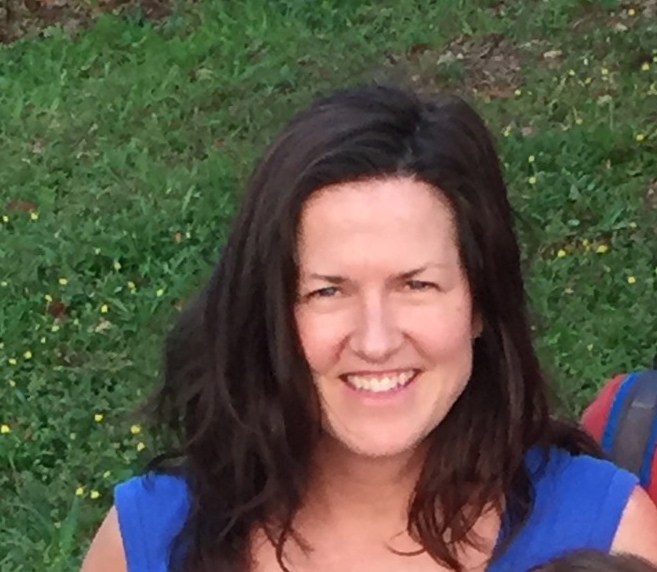 Lauren Sullivan launched REVERB with her husband Adam Gardner (of the band Guster) in 2004. The organization creates and executes comprehensive, custom programs make tours more green, while engaging concertgoers to take action for the environment.

Over the years, REVERB has worked with countless acts, including Dave Matthews Band, fun., Wiz Khalifa, Maroon 5, The Roots, Arcade Fire, Kacey Musgraves, John Mayer and many more. Today Sullivan works on many of the organizational elements that keep REVERB chugging: financial oversight and development, governance and legal, with some biodiesel coordination thrown in.

With REVERB, Lauren Sullivan is taking great steps to spread the message that all of us can be active participants in protecting the environment and creating real, large-scale, and measurable change.

Find out more at reverb.org.

WiMN: What inspired you and your husband to start REVERB in 2004?

LS: Prior to starting REVERB I was working within the environmental nonprofit world as a campaigner with the Rainforest Action Network and then as a community organizer with Partnership for Parks in New York City. I saw again and again how so many wonderful organizations were unable to get their important work and message out there. I observed many situations in which we were all preaching to the choir and head nodding at each other within our environmental circles. There was so much wonderful support within the environmental community, but we simply were not connecting enough with your everyday citizen who might not have forest issues, or green space or climate justice at the top of mind. I wanted to pierce through that barrier and help give a megaphone to these important issues.

Meanwhile my boyfriend (and now husband), Adam Gardner, from the band Guster, had been touring extensively and lamenting the fact that their bus was chugging through diesel and that they were leaving a plume of plastic water bottles in their wake. The music industry is, by way of performing in a new city each night, a resource intensive one. While we were living a more sustainably-minded existence at home, being on the road left Adam and his bandmates with this deep sense of guilt.

I began talking to Adam about the idea of using the music platform to get the word out to music fans about important environmental issues. How could we best support diverse environmental nonprofits and allow them to connect with thousands of music fans? And Adam wanted to assuage his guilt about his touring life. How could we help bands to minimize their footprint while on tour?

While we were chewing on these questions, my sister-in-law sent me a pamphlet from Bonnie Raitt’s “Green Highway” tour. Bonnie was out there creating this festival atmosphere for her fans where they could engage and learn about environmental issues. It was that a phenomenal revelation to learn that the ideas that we had been thinking about were happening out there in an incredible way on Bonnie’s tour.

After much hand-wringing, I called up Bonnie’s manager, Kathy Kane, introduced myself and Adam, and shared our backgrounds and ideas. Kathy said that she and Bonnie would be happy to lend us all of their Green Highway gear and help mentor us through the beginning stages of what we began to call REVERB.  We think of Bonnie and Kathy as the godmothers of the green revolution in the music industry. Their activism and work are continually inspiring to us.

After I connected with Kathy, Adam immediately reached out to his friends in the Barenaked Ladies, knowing they were committed to environmental issues, and asked if they, along with Alanis Morrissette, would let us use them as guinea pigs on their upcoming “Au Naturale” tour in 2004.

And so the days of REVERB’s touring and work within the music industry began.

WiMN: How have you seen the green industry evolve since REVERB came to fruition?

LS: There has been a phenomenal shift in the discourse around environmentalism in the music industry and beyond. REVERB began in 2004, two years before the release of the film An Inconvenient Truth, and the environment was still very much a fringe issue for most people. Recycling wasn’t generally happening at venues, and simply put, sustainability was not a priority.

In the past handful of years we have seen a renaissance, and reawakening around environmental issues and citizens realizing that there is an urgent need for sustainability practices to permeate every aspect of what we do on this planet – in our places of work, homes, communities…and thankfully in the music industry.

Venues are much more responsive to the sustainability work and programming that REVERB has out on tours these days. Thankfully, instead of us constantly nudging things along, we’re seeing a more kindred and symbiotic relationship with venues – recycling, better concession goods and food, sustainable papers and thoughtful lighting and electricity reduction. It’s been a wonderful shift…but there is still plenty of room for improvement on all fronts. So we’re excited to continue to work with the folks at LiveNation, AEG and others to make this industry as green as possible.

WiMN: What was your biggest learning curve upon entering the music industry?

LS: Thankfully, because Adam is in a band that has toured intensely for over 25 years now, REVERB walked into our sustainability and environmental work with our eyes wide open about what it takes to make these sorts of programs happen on tour. We are coming at it form the inside, understanding that everyone in this industry is working incredibly hard, and that their plates are full.

REVERB is nimble, we streamline logistics and make sustainability accessible and plug-and-play for the artists, management team and touring crew. We think of ourselves as an eco-swat team that can jump into any situation, any tour, and make things happen for the good of the planet.

WiMN: What has been the most gratifying part of working in the music industry while making a positive impact for the environment?

LS: I have thoroughly enjoyed all aspects of this work…but most notably I love that we can help represent an issue that is near and dear to an artist (street trees, illegal logging, GMO labeling, clean water, etc.) and do this by way of sharing the good work of local and national nonprofits with this artist’s fans. It’s an incredible win-win-win proposition that enhances the concert experience and encourages an elevated discourse around the environment. We aim to spread the word that taking action is something that everyone can do. We can all be a part of the solution.

WiMN: What are some of the most memorable activations you’ve done?

LS: One of the programs that I am most proud of at REVERB is our “Farm-to-Family” program. We’ve activated this on the Dave Matthews Band tour for several years and it’s been a wild success. The gist of the program is that we support local, community-scale farms and hungry families in need across the country. Farm-to-Family donates CSA shares to community food-banks in order to support community-scale farms with valuable capital for the next growing season and provide high quality, local produce to needy families who don’t otherwise have access to it. This program shines a light on the issues of hunger in America and the plight of the family farmer while putting local produce in the hands of families in need and dollars in the pockets of local farmers.

The Farm-to-Family program was born out of our Farm-to-Stage program that REVERB developed and has been adopted by many of the tours we work with. This program connects local farmers and artisans with tour chefs and local caterers in order to put local ingredients on the plates of artists and their crew in every community they visit. This practice reduces the amount of petroleum-based fuel used and the associated emissions related to the transport of food items across the country or the world, and puts dollars back into local economies while supporting community-scale agriculture.

WiMN: What piece of advice would you give to women who are looking to go into the music industry?

LS: The music industry is a male-dominated one. That balance is beginning to shift, but it can be a very unique work environment for many. Each touring party has its own personality, sense of community and pecking order. Many folks on the road have been working at their craft (as a Tour Manager, Production Manager, rigger, drum tech, caterer, etc.) for decades, and the new kid on the block often has to figure out how to ingratiate themselves into a tightly knit, already-established group. I think, as with any industry or job, one needs to listen, learn, pay attention, work harder than your job description requires so as to earn people’s trust and respect, try to thicken your skin yet maintain a sense of humor. I encourage women to dive in, find a mentor, work hard and enjoy the phenomenally unique world that is the music industry. There is no place quite like it!

WiMN: What are your hopes for REVERB over the next five years?

LS: REVERB has been engaged over the past three years with some phenomenal campaigns that we hope to magnify. We have partnered with the Environmental Investigation Agency (EIA) to delve into illegal logging as it pertains to the tonewoods used in instruments. Adam and I traveled with members of Maroon 5 to the rainforest in Guatemala to learn first hand about this issue, and how sustainable logging models exist which support both the forest and local community which acts as the steward of that land.

Additionally, over the past two years, REVERB has had a wonderfully successful partnership with Nalgene both on tours, and now at four venues across the northeast where we have permanent programs. Here’s how it works: Fans donate $15 and receive a 32oz custom designed Nalgene water bottle, they get free refills throughout the show or festival, and the proceeds get split between REVERB and a local nonprofit to help support the environment and local community. All the while, we are drastically decreasing disposable water bottle use at the show and beyond. By the end of 2015 we had diverted 660,150 plastic water bottles from landfills. We plan to grow this program in 2016 and beyond at shows and in partnership with venues across the country.