By Laura B Whitmore 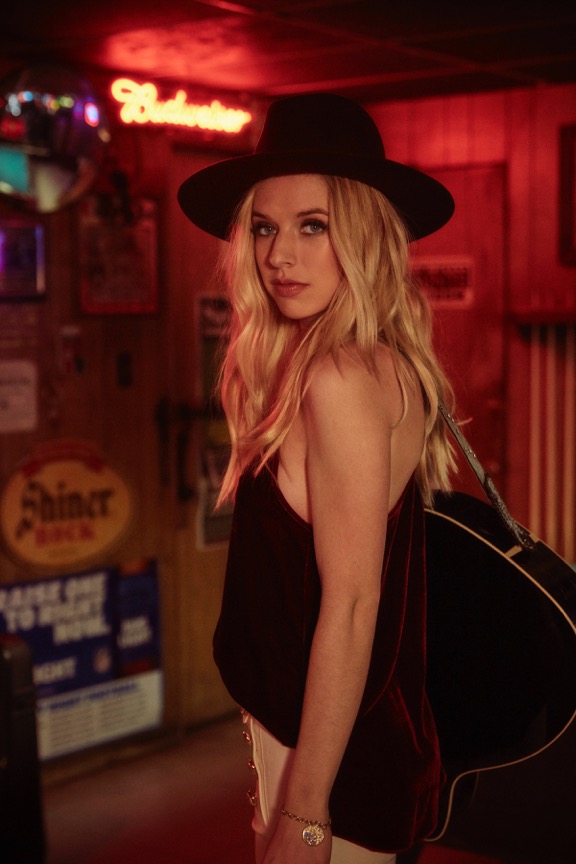 Critically acclaimed artist and multi-instrumentalist ZZ Ward is set to release her second full-length album, The Storm, on June 30. The Storm summons the ghosts of ZZ’s chief inspirations such as Howlin’ Wolf, Robert Johnson, and Big Mama Thornton, while echoing over soundscapes situated between gritty hip-hop bounce and moody guitar-and-harmonica riffs.

With a soul-shaking voice and incendiary guitar and harmonica chops, ZZ Ward has consistently delivered powerful neo-blues steeped in hip-hop swagger since the release of her breakout mixtape, Eleven Roses.

2012’s full-length debut, Til The Casket Drops, boasted raucous bluesy anthems like the title track and “Put The Gun Down,” which racked up over 7.4 million Spotify streams and counting, claimed a spot in the Top 10 of AAA radio for 10 weeks, and landed high-profile syncs in the box office smash We’re The Millers, among others. The album also featured standout collaborations with Kendrick Lamar and Freddie Gibbs.

Ward is currently on tour in support of this new release. Here we sat down with the supremely talented ZZ to talk about the inspiration for The Storm and more!

ZZ Ward’s latest album, The Storm, will release on June 30. Find out more at zzward.com.

The WiMN: So this album was a very personal direction for you. Was this a cleansing of the demons?

ZW: Yes, it really was for me. I had found inspiration through some of my past relationships and things that didn’t work out. You know, you break up with people, and I had been moving so fast that I hadn’t really had a chance to address a lot of stuff. So this album really was a cleaning out my closet and facing my demons.

The WiMN: Do you feel like, ok, even though you are going to have to play these songs for the rest of your life, that now you can move to a new place?

ZW: Yeah, I’m sure I’ll be in a different place, but the good thing about me is that I do make more out of less. There are pros and cons to that. When you’re a songwriter it’s good because you think about things so much, and they become kind of monumental in your mind. And with that comes the ability to capture a moment.

The WiMN: The songs are so personal but they feel so universal. Do you keep a journal?

ZW: I don’t keep a journal. But I think that sometimes things get stirred up after a relationship is over. You see that person, or you are reminded of all the feelings you once felt for that person. It might be different with each song, but usually if I feel something like that I quickly go to write the song, because I know that you have to capture it when it’s that raw feeling. Because if you wait too long then you are not in that moment any more. So with this things were just stirred up, and as soon as I felt something I tried to capture it.

The WiMN: Your groove is an important part of what makes your songs feel so different. What is your songwriting process like? Do you start with a groove or work on lyrics first?

ZW: It’s different with every song. Sometimes I’ll start with a lyrical idea and a concept. Once you’ve figured out the concept for a song I think the rest is downhill. Because really you can have a great melody, but if you don’t have a feeling or an emotion behind the song, then it’s not special enough for me. So for me it’s usually concept first, but sometimes it will start with a melody that just gives me a certain feeling that will connect with me to tell a certain story over it. I think that’s the beauty of songwriting. You really never have full control over it. You’re almost out of control when you’re writing, and that’s what’s so challenging about it. It’s not like a skill that you get down so good that you’re like, “Oh, I’ve got it.” It keeps you on the edge of your seat! And that’s the highs and lows of being an artist, too.

The WiMN: Let’s talk about gear for a minute. What’s your go to guitar?

ZW: I play two different guitars. I play a Collings acoustic/electric. I love it. It’s the best guitar I’ve ever played. It has a really nice, deep sound to it and I love the way it feels on my hands when I play it. It’s a beautiful guitar. And then I also play a Fender – it’s a white Stratocaster – which is also just a great guitar. I love the sound out of it. So those are my two babies.

The WiMN: Tell me a little bit about how you got into playing guitar and writing.

I got into guitar a little later. I started learning to play when I was 17. My guitar instructor was in the blues band that I was in growing up. He was a great teacher. I think he was also the vice principal of my school. So instead of going to lunch I would go into his office and get a guitar lesson. He was a really cool guy. And I tried to learn everything that I could, really knowing that I use a guitar to help me write songs. It gives me a foundation to help me be creative.

The WiMN: I was thinking about why your songs sound so special. You took the blues and brought it to a new place. Who are your more modern influences?

ZW: I would say my modern influences are people that are influenced by older music and have a way of making that contemporary. And have a way of keeping it authentic. I think some examples of people that have done that are The Black Keys and Alabama Shakes. I think I’m most influenced by people like that because I think that’s kind of where I’m at. I’m very into the blues, and so how do you make that work with a very old form of music and make it work for what’s going on right now? And so I think that anyone who can do that and also keep it authentic is a real influence on me.

The WiMN: Do you write a song that feels more traditional and then just funk it up? Or does it come out that way?

ZW: It depends on what it is. Sometimes if I’ve written a song that feels good in a traditional sense I can sit down and play it on guitar or I can play it with a band, and I know that it would feel good, then I know that when I go in with a producer that I need to make it special. That’s where I add my hip-hop flavor or whatever it is. If the song is good by itself with just guitar, vocal, piano, then the rest is just a calculation of finding the right person to produce it and makes the most sense in bringing your vision to life.

The WiMN: I love how your music introduces a new generation to this classic genre of the blues.