The ASCAP Expo at the Loews hotel in Hollywood was the place to be April 13-15, where aspiring songwriters, producers and music-makers of all genres were able to glean insights from today’s hardworking pop and hip-hop superstars and behind the scenes masters. Several thousand attended three full days of master classes, panels, workshops and presentations. This year, the event also included the inaugural presentation of the ASCAP “Key of Life” award, given to Stevie Wonder, for his incredible musical legacy.

At night, it was time to let loose and enjoy the reason for the Expo — the music! As part of the nighttime attractions at the Expo each year, the Women’s International Music Network (the WiMN) hosts the official She Rocks Showcase at the ASCAP Expo. This is an opportunity for attendees to step front and center during a showcase of curated female talent of all ages and styles that attracts the attention of the Expo’s audience of labels, producers, superstars and up-and-comers. This year’s She Rocks Showcase took place on Friday evening at Tinhorn Flats Saloon & Grill across the street from the ASCAP Expo, and was attended by a packed house of hundreds of Expo attendees, guests and fans. 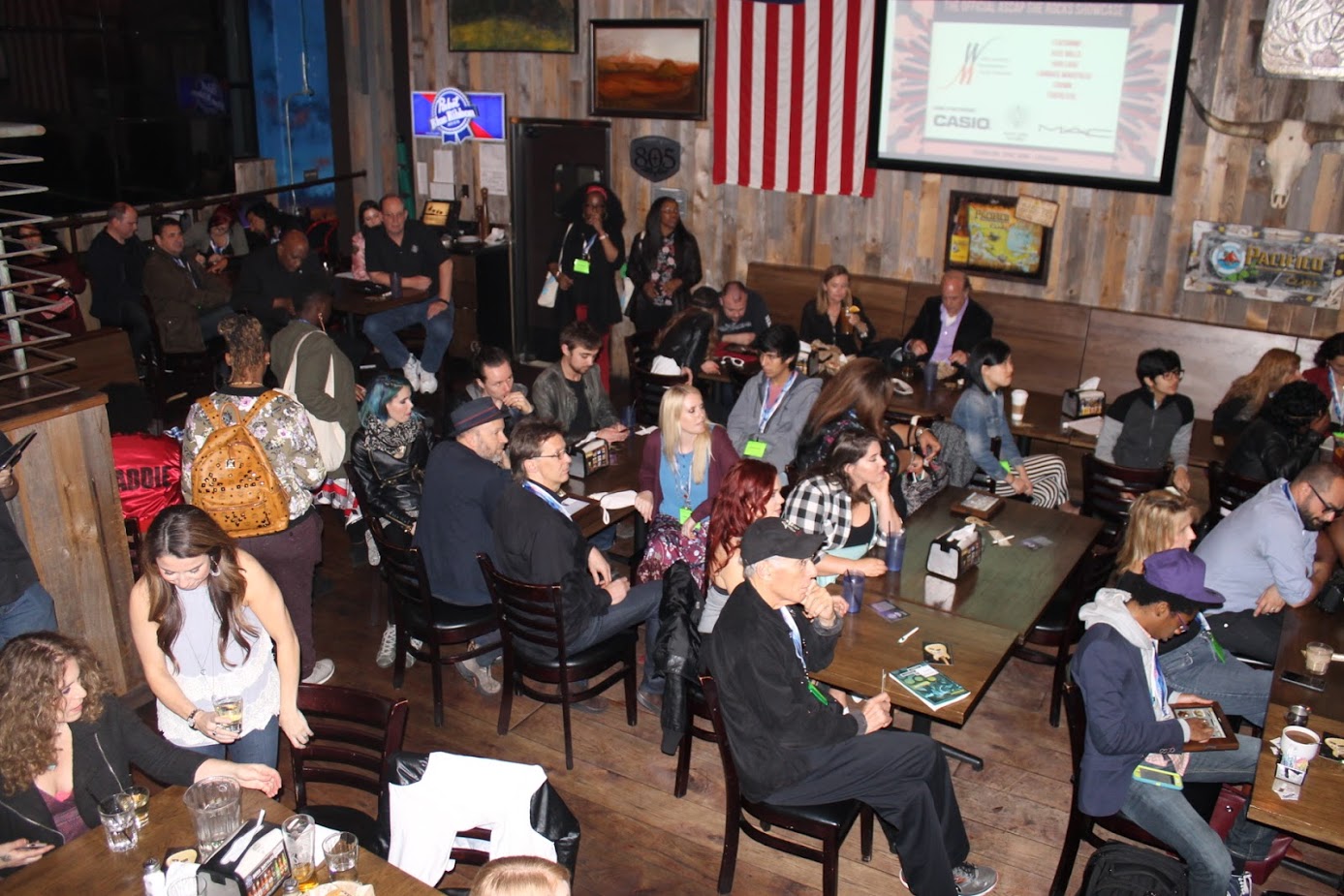 The WiMN founder Laura B. Whitmore shares, “Every year we invite talented female performers to apply to showcase at the ASCAP Expo. I so enjoy listening to all the submissions and selecting a varied program that addresses different musical styles and visions. I was so pleased with this year’s performers. Their unique talents so obviously shown through and the packed house dug it right up until the last note! What a night!”

The evening started off with Kate Mills, a New York City artist who recently released her debut EP, Little Bird. Her performance showcased the versatility of her smooth, buttery vocals and the well-crafted songs ranging from the soulful and sultry “Little Bird,” to the fun, romantic single, “Cherry Tree.”

This social worker-turned-songwriter has gained a solid fanbase by performing at some of New York’s most famous music venues including The Bitter End, Rockwood Music Hall and Piano’s. She has been interviewed on several local radio programs, earned two nominations in the 2013 JAM Awards, and landed multiple TV performances, such as The Gimme Mo Show hosted by High School Musical’s Monique Coleman. In the coming spring, two of Kate’s songs can be heard in the feature film Hits, written and directed by David Cross of Arrested Development. Find out more at katemillsmusic.com.

Next up was the high energy half of the four-piece Canadian alternative rock band High Love. Fronted by singer-songwriter Carol-Lynne Quinn and performing with guitarist, Jeff Quinn, the pair confessed it was their very first U.S. performance as they showcased their formidable talents and owned the room. Their single “No Longer Yours,” will be released on April 21, 2017, and their full-length debut is due Fall 2017. Listen to them here: wearehighlove.com

Singer-songwriter Candace Wakefield slayed the room with her vocal gymnastics and obvious command of her talent. She showcased songs from her soon-to-be-released LP, The Journey, which is a project full of inspiring, uplifting songs that tell the story of her life. Wakefield is featured on the five-time GRAMMY Award-winning hit single “Alright” and “i” by Kendrick Lamar. She has toured the globe with Nicki Minaj and is currently working on a host of upcoming projects for 2017. Listen to her here: soundcloud.com/candace-wakefield

Called “ethereal, enticing, engaging and beautiful,” by Flavour Mag, CROWN is the artistic vision of artist Steph Thom. Her fun and mesmerizing set was filled with trippy rhythms and no holes barred lyircs. In a bid to reimagine hippy philosophy for the 21st century, CROWN centralizes her lyrics to instill a message of resistance, openness and honesty: deconstructing taboos, challenging identity constructs and facing the psycho-emotional head on. “CROWN’s ambient, sultry sound marries soul-folk and RnB,” says Hunger TV. Thom is also is creative partner to three-time GRAMMY winner Lalah Hathaway. Listen to her here: sheiscrown.com

The final act of the evening was Trackless, a soul/indie duo based in Los Angeles. Their sound is rooted in the voices of Jordan West and Jeremy Jones, who sing every song as a duet. They are made unique by the fact that West is also the group’s drummer, and Jones is regularly featured on the viola. Their music is influenced heavily by pop, soul, jazz, and rock. They draw inspiration from artists like the Alabama Shakes, Bill Withers, Justin Timberlake, The Police, Snarky Puppy, and the Beatles. They are currently recording a single with Bob Clearmountain (Rolling Stones), scheduled for release Spring 2017. Find out more at tracklessmusic.com.

The event was also made possible by industry support from Casio, who announced one lucky attendee from New Haven, CT as the winner of a PX-160 keyboard! Other event support included a variety of giveaways including makeup kits from M•A•C Cosmetics, a gift package from Gingja9, and sponsorship by 108 Rock Star Guitars.

The Women’s International Music Network will be hosting another She Rocks Showcase during summer NAMM at The Listening Room in Nashville, TN on Thursday, July 13. The event is also a fundraiser for the organization and is open to the public. A NAMM badge is not required.

The WiMN will open nominations for their flagship event, the She Rocks Awards, on May 1. For the sixth year in a row, this event will deliver a spectacular tribute to women in the music industry and is set to take place in Anaheim this coming January as part of the NAMM show.

To find out more about the WiMN events and initiatives, go to www.theWiMN.com.