On November 13, 2019, Falcon Mixtape: Motor City Classix  launched on all digital streaming platforms. What’s unusual about this release, which consists of nearly a dozen Motown classics re-imagined, is that it was created by the Falcon Program – a network of college A&R scouting teams and student-run record labels in the U.S.

Tucker and Berry gave us a closer look at this project, as well as some insights they gleaned from their involvement with various aspects of the project.

Mixtape Volume 2 is slated for release in February 2020. For More information about current or future releases, visit falconmg.com.

You can also listen to the Motor City Classix compilation here. 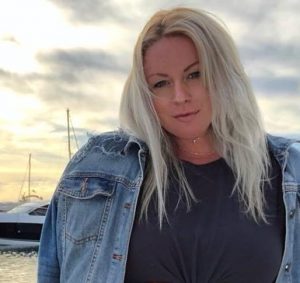 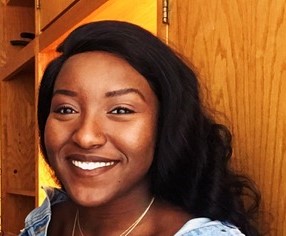 What did each of you study in school that led to your interest and involvement in this project? And how did you get involved initially?

Skylar Tucker: I graduated from American University’s Kogod School of Business with a B.S. in Business & Entertainment. My specialization is in Law & Creative Content. So although my degree is very business-focused, my love for the creative side of the music industry and my interest in scouting new talent is what ultimately brought me to Red Bull Records. Rodel [at the label] initially brought the project idea to the team during one of our routine A&R teleconferences. Once he gave us the green light to start scouting artists for this Motown project, I was all in. I was excited to see what we could do with the idea.

Nicole Berry: I studied music business management and never really thought about doing something like A&R/talent scouting since I was more interested in artist management, but one of my professors thought I would be a good fit for this project. I’m always looking to expand my experience, so I agreed to give it a try.

Please take us through your song selection process and how that came together. What did you learn about song curation from this? And did you learn anything new about Motown music as a result?

ST: The song selection was the most exciting part of this project for me. I distinctly remember a particular phone call I had with Lauren (artistically known as Lasafro) where we dove into a conversation about her identity as not only an artist, but as a person. Getting to know her better as a person – where she’s from, what she envisions for herself, etc. – was all a part of the organic song selection process for this project. I wanted Lauren to go with a song that she  naturally gravitated towards and one she could deliver from a different angle than the original. Ultimately, we came out with a finished recording that is a cool, reimagined version of the original and is also super suitable for TV/Film placement.

NB: I usually work with DJs so this was very different for me. I knew I had to find artists who not only fit a specific type of sound but would also be able to adapt to the specifications of the project. As far as song selection, I 100% trusted the artists to choose the song(s) that spoke to them. That way, they would be able to put their own spin on the recording however they were inspired.

How did you assemble the talent for your songs?

ST: I came across Lauren very unexpectedly. I was in my college library, deep in a music surfing rabbit hole (when I probably should have been studying!) when I came across her profile on Soundcloud. In retrospect, that was interesting because Soundcloud is not typically my go to platform to find new music. I think she only had about three songs posted, but it was enough for me to hear a tone in her voice that I liked. I saw her limited music on Soundcloud and other online platforms as a clean slate to build off of rather than just a lack of artist development.

When I found out about this project, I immediately knew that I wanted to have Sub-Radio (who will be featured on a later volume of the Motown releases) make a demo for it. I first learned about Sub-Radio when they came back to AU (American University) in 2016 to perform at the university’s first annual AmFest spring music festival. I had the pleasure of working with Tam Sackman and the rest of the staff to help put the festival together. The band has a very Neon-Trees-like vibe, and they put on a great performance that night. When I was presented with this project two years later, I reached out to Matt the same week and asked if he and the guys would be interested in being a part of it.

NB: Both artists I worked with I had met personally and seen perform live. One was someone I met through a good friend, and the other I found while interning at a music venue. Both had energy that struck me the first time I heard them sing. I like being able to connect with people and get to know them as a person before I ask them a favor as an artist. Since they both knew me and what I was doing in school, they were both super excited to help me out and be a part of this project.

What role did each of you play in the recording process? Were there any challenges you had to overcome?

ST: Honestly speaking, I would have liked to be more involved in the recording process for the final project. For the most part, I was just responsible for making sure good demos were submitted on both of their (Lasafro’s and Sub-radio’s) behalves. I knew that if the demo wasn’t good, it would have a severe impact on whether they would be selected for the official recording of the project. I believed in them both and I wanted to ensure that they got chosen for the project, so I was critical of their demos.

NB: I left the arranging and recording up to my artists. I know I don’t offer much help in the technical category because I don’t have any hard music skills, but I do know talent when I hear it. I trusted that they would both create something amazing and so I left it completely up to them.

Overall, how did this project help prepare you for your career interests?

ST: Overall, this project prepared me for the part of my career that requires me to work with talent creatively. After this project, I became even more excited about opportunities that could be presented to an artist and I felt more capable of helping an artist get to that opportunity. I learned to trust my own ears more.

NB: I kind of assumed that A&R was a dying role in the industry that came naturally with the general decline of the record labels. I found that we just have to keep being creative when it comes to searching for talent. There are so many more channels for discovering new sounds, genres, and artists than there were even a decade ago, and it provides a new challenge for us to sort through it all.