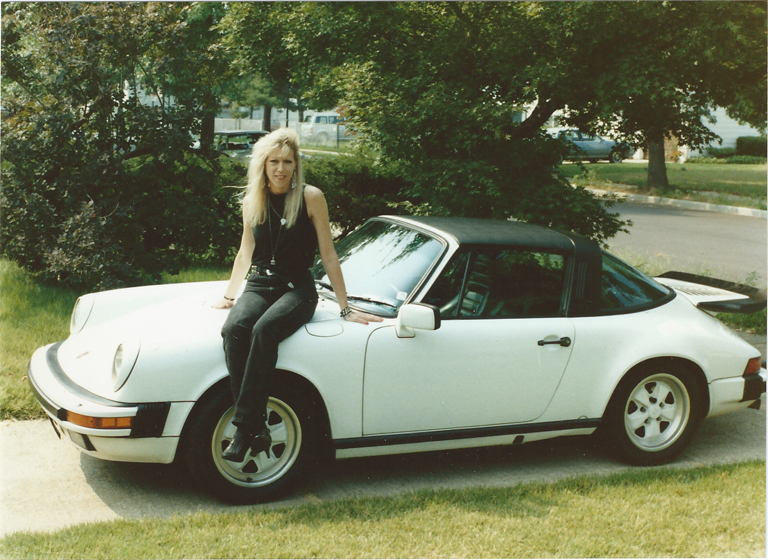 Most guitarists and bassists will plug through a Tech 21 product at some point in their career. With classic pedals like the SansAmp and Bass Driver DI, Tech 21 continuously delivers products that have become industry standards, and there’s no mystery why. They make great sounding, quality-built equipment that withstands the test of time and breaks through generational fads.

What most musicians probably don’t know is the story of how Tech 21 came to be. One thing’s for sure, had it not been for Dale Krevens’ involvement, Tech 21 wouldn’t be the “musician’s household” name that it is today.

The WiMN had a chance to sit down with Tech 21 Vice President Dale Krevens, who started the company from the ground up in New York City with pedal builder Andrew Barta back in the late ’80s.

We’d like to thank Dale for her time and interesting story. You can learn more about Tech 21 at tech21nyc.com.

WiMN: How did you get started working in the music/audio industry?

DK: Completely by chance. Looking back, I consider it more as being in the right place at the right time. I had a career in advertising and marketing and I met Andrew Barta (President of Tech 21 and inventor of the SansAmp) in 1986. Around that time, he was only looking to sell his technology to one of the large M.I. corporations, but it was so far ahead of its time that they simply didn’t get it.

Music was always a big part of my life as a listener in general, but also in terms of being around musicians all the time. My brother is a guitar player and started playing professionally when he was 17. I used to go to all of his gigs and hang out at rehearsals. I “understood” gearheads and all their ranting, which was an education unto itself!

I happen to have good ears, too, so when I first heard what was then just a black box, it was clear to me that Andrew had come up with something incredible. I could feel his frustration, and naturally wanted to help. So I urged him to go into business for himself, although he didn’t particularly like the idea at first. Andrew was more interested in being a player than being a business person. Eventually, though, he began to seriously consider it.

After further discussions and knowing my background, he asked if I would help get things off the ground, and I jumped on the opportunity. I thought it would be a fun, but serious, challenge “on the side.” The first step was naming the black box. We went through hundreds of possibilities over several weeks. One day SansAmp popped into my head and Andrew liked it right away. So I tapped into my staff at the ad agency to come up with a logo, design a brochure and do some ads. I used vacation time to go to our first NAMM show in January 1991.

Later that year, I was laid off in a political maneuver, which, fortunately, guilted them into giving me a generous severance package. Two days later, I had three job offers on the table, but I needed a break. I figured I’d work on some Tech 21 business for a few weeks, take a couple of weeks off and then figure out my next move. But after seeing the potential first hand, I could not leave! So here I am, more than 20 years later. It’s really the best of all worlds. I get to use all of my skills and it’s never boring.

DK: I have so many! My earliest favorite moments were at the first NAMM Show, when all we had was the original SansAmp, now called the SansAmp Classic. People would approach the booth in a skeptical posture with their arms crossed, eyebrows and foreheads all scrunched up.

As they listened to the SansAmp being demoed, I would watch them physically morph: arms going to their sides, eyes bugging out and jaws dropping. Then there were the guys who would come into the booth, look around for someone to answer a question they had, and look right past me. I knew they wanted to talk to a guy, but I’d ask if they needed help anyway.

Out of the side of their mouth, without looking me in the eye, they’d tell me that they have a technical question. And, of course, they wouldn’t tell me what the question was. Being obviously cheeky, I’d say, “try me.” Nine out of 10 times, I’d answer the question, and then some. The expression on their face? Priceless. Some would apologize and some would admit they thought I was a hired model. Not sure which I liked more; surprising them or being considered a model! Kidding…

Then there was the time when Andrew bought me a Porsche 911. He promised to do that when Tech 21 made its first million as payment for all the work I did before officially joining the company. That was one helluva machine.

Meeting and working with certain artists has also been quite a kick. Les Paul, in particular, was a huge highlight. He’s the master and was such a character. I’ll never forget him. Who could? Billy Gibbons is another highlight. The first time he called the office back in the early ‘90s, we all thought we were being punked.

My favorite product would have to be the SansAmp Classic. It’s like a first child. I have only one child, so I can say that. It was a very intense experience on so many levels. Being a marketing person, it’s incredibly gratifying coming up with what essentially turned into a household name, at least in the M.I. world. Of course, all the marketing in the world wouldn’t do any good unless there’s a quality product behind it. So I consider myself extremely fortunate to have both of those worlds collide.

WIMN: You’ve worked for Tech 21 for two decades, how do you keep coming up with relevant ideas for products?

DK: I do pretty much everything around here but that’s Andrew’s department. He’s a tinkerer and never stops thinking. He always manages to come up with ideas, usually for things he would want for himself, which is how the company was started in the first place. Andrew has no interest in making a pedal just to make a pedal. If he can’t make it better and/or unique in some way, he won’t do it.

DK: My situation is a little different because I started in the M.I. as VP of Tech 21. I had already climbed the corporate ladder elsewhere. There was a bit of navigating, however, because manufacturing was completely new to me. I had tons of experience doing all kinds of things, but I had no formal training in manufacturing, parts sourcing, inventory, or product design. So it was certainly a challenge to learn everything and learn it fast.

In the past, I had worked in several male dominated businesses, where I encountered my share of the usual flirting/harassment, discrimination, condescension, and omission. I’ve never been a militant feminist, or militant anything for that matter, because all it does is alienate people. My tactic has always been to have a firm handshake, stand my ground, and above all, maintain a sense of humor.

WiMN: Do you have any advice for other women in the industry or students considering entering the industry?

DK: In general, nothing out of the ordinary. In terms of being a woman, don’t be a “woman,” be a person. Be professional, be punctual, and don’t be afraid to ask questions. You have to know your craft, be open to new ideas, and never stop learning. I have a hard time taking no for an answer, so being armed with knowledge helps me avoid running into brick walls. I really hate that.

The more you understand, the more resourceful you become. The music business is actually smaller than most people realize, it’s very quirky and it’s all about passion. It’s not always easy, or all fun and games, or all about numbers or even money. I think it’s a fantastic business to be in, but you have to love it and all the craziness that goes on with it.

WiMN: Do you play an instrument?

DK: I wish I did play. I tried violin, piano, and drums, but it just wasn’t for me. I can’t sing either…

DK: There’s no shortage of ideas around here, but we like to keep mum until we officially introduce anything.