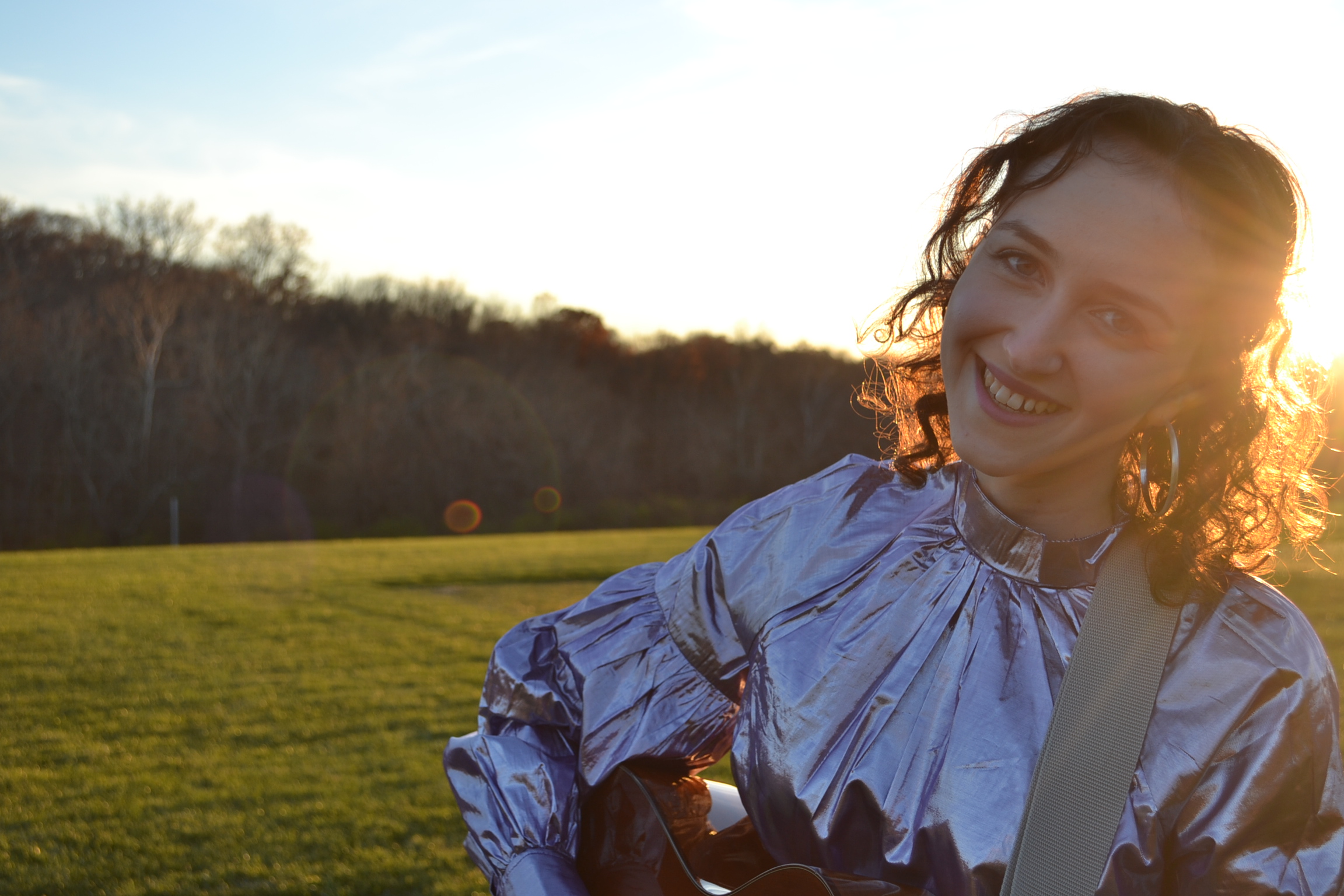 Singer/Songwriter Olivia Frances hails from Ohio. Moving east for college, she left home but took her songwriting spirit with her. A student at Clark University, she studies environmental science by day and performs by night, traveling extensively during breaks to share her infectious and lovely positive pop style.

She recently was the VOX Pop (Voice of the People) winner in the Love Song Category at The 16th Annual Independent Music Awards, and won 1st prize in the Singer-Songwriter Category at the 2018 New England Songwriting Competition.

Here she shares some insight into her origins, outlook and what’s to come. Find out more about Olivia Frances at oliviafrancesmusic.com.

WiMN: You have a lovely style and are so fun to watch live. How did you develop your unique take and who are your influences?

OF: Thank you so much! When I took my gap year and lived in Nashville from 2014-2015, I spent some time studying how certain artists, like Elvis and Amy Winehouse, developed their musical identity. I learned that artists define themselves through not only their music, but their sense of style (from their hair to their wardrobe to the font on their album cover). I sought to create an identity or “brand” for myself as an artist.

My influences are Bon Iver, Kacey Musgraves, and Carole King. I know these are quite different artists but they all inspire me to be the best songwriter and artist I can be.

WiMN: Your music is so positive and optimistic. What do you attribute your outlook to?

OF: Growing up, my parents often emphasized the importance of gratefulness. That really stuck with me and is something I try to live by every day. I am grateful for the small things and the big things, which definitely contributes to my positivity and optimism in my music. Although, I do write songs that are sad sometimes.

WiMN: You’ve recently enjoyed some fabulous accolades, placing 1st in the New England Songwriting Competition and taking home an award from the Independent Music Awards. Can you share a bit about those experiences?

OF: Sure! I am so humbled by these recent accolades. The New England Songwriting Competition took place at the Cape Cod Media Center in April. It was such a wonderful moment when my name was called! I was a bit shocked. It is an honor to have won that award along with VOX Pop (Voice of the People) Winner in the Love Song Category at the Independent Music Awards (IMA’s). The IMA’s took place in NYC at Lincoln Center this year; it was such an awesome experience to have my Mom there with me since she is my best friend and has always supported me!

OF: Another recent accomplishment was booking my “biggest tour to date (with the help of Alex Kilgore)! It’s a 20-show tour called the “Lettin’ Summer Shine Tour;” I’m having a great time traveling around New England and New York. Some of the venues I’ve played at before and some are new, so it’s a nice mix of knowing and not-knowing what to expect when I arrive. I just love being on the road, meeting new people and exploring new places!

WiMN: Why do you think your music is resonating so much right now?

OF: Hmm… that’s a good question! My music is pretty peaceful and calming, especially “Moon to My Sun” and “Evergreen” which are my most-streamed tracks. We’re living in such a chaotic and stressful time so perhaps people listen to my music and find solace in it (at least, that is what I hope!).

WiMN: You’re from Ohio, have your home roots had an impact on shaping your music career?

OF: Growing up in the Midwest shaped my music career in ways I know and don’t know. Cincinnati has a great arts scene thanks to Music Hall, the College Conservatory of Music, and the Contemporary Dance Theatre, to name a few. Also, Cincinnati is only about a four and a half hour drive to Nashville, which is nice. My Mom and I started taking trips there when I was about 14.

WiMN: You are studying at Clark University in Worcester, MA. What are you studying and how has being at Clark affected your music?

OF: I’m studying Global Environmental Studies with a minor in Music. At Clark, I’ve taken guitar lessons every semester and several music courses, of which my favorite class was jazz history with Eric Hofbauer (shout-out to Eric)! I am very grateful for all of the support I’ve received from Clark whether it is from the encouragement of my teachers or the publicity of the marketing team. Also, being in Worcester has been fantastic because I am so close to other big cities including Boston, Northampton, Providence, Manchester, etc. Touring is way easier in New England than in the Midwest!

WiMN: Do you have any thoughts or advice about live performance?

OF: In high school, my voice teacher, Mrs. Jill Dew, gave me advice that will stick with me forever. She told me, “When you get on stage, look at everyone in the audience. Look at them and know that they want to be loved. Sing to them as if you’re saying to every single person, ‘I love you’ because that is what everyone is looking for.” I try to do this at every show.

WiMN: What’s next for you?

OF: My single, “Lettin’ Summer Shine” is dropping this Friday, July 27! I co-wrote this song with my buddy Michael Astrachan. It was recorded at Riverfront Recording Studios with my talented producer, Pat Lassiter. I’m so excited to share it with everyone!