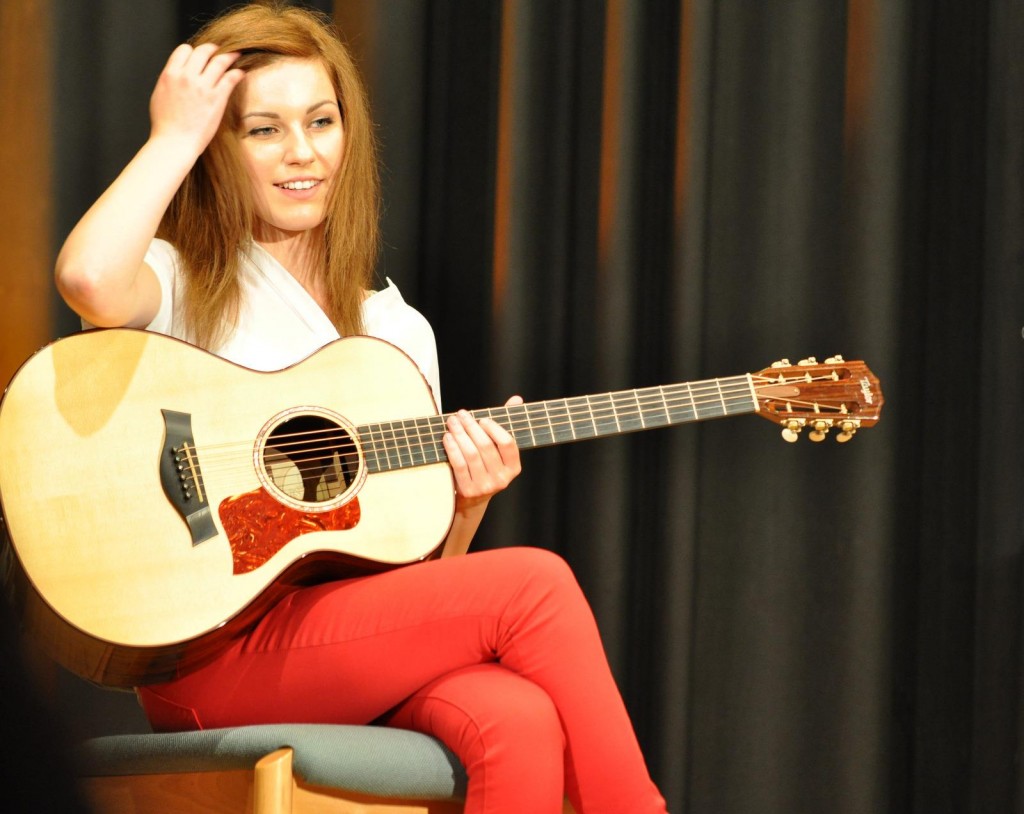 Inspired by her father, a guitarist with Argentinian roots, and South Korean fingerstyle guitarist and YouTube celebrity Sungha Jung, Quevedo has created a legion of fans through her impeccable skills on acoustic guitar.

In 2011, Quevedo’s dream of playing with her guitar hero Sungha Jung came true after Jung’s PR manager invited her to play on stage with him during his tour stop in Sweden. Since then, she’s toured internationally and has even played with fingerstyle guitar legend Tommy Emmanuel. We would not be at all surprised if her next stop is at the GRAMMY awards!

WiMN: First of all, you are absolutely amazing! We get goose bumps every time we watch your videos. Tell us a little bit about your background. Where are you from?

GQ: Thank you so much!!! I was born in Sweden in January of 1997. My dad is from Argentina and my mom is Swedish/Argentinian. I live near Gothenburg in Sweden.

WiMN: How long have you been playing guitar?

GQ: I started to play the guitar in February 2009

WiMN: You know how society assumes that because you’re a girl and you play acoustic guitar you must be a singer-songwriter, right? How many times do you get asked if you sing, and what are peoples reactions to your response?

GQ: Yes, I get that question very often! The reactions of people are different, but some people want to persuade me to start singing even though I said I’m not a singer and I don’t like to sing. I play fingerstyle.

WiMN: Do you write your own songs?

GQ: No, not yet, but I’m thinking about doing it.

WiMN: How do you learn the arrangements? Just by watching?

GQ: I learn by ear or by watching videos on YouTube.

WiMN: Where can people learn the arrangements you play on your videos?

GQ: The hardest song I have learned is “Landscape” by Kotaro Oshio, and right now I’m learning “All Of Me arranged by Laurence Juber and it’s a bit difficult.

WiMN: Aside from Sungha and your dad, who do you feel has shaped your career the most?

GQ: I want to tour around the world and meet the people who listen to my music in person. I also want to record a CD with my arrangements.

WiMN: What are your biggest accomplishments so far?

GQ: I had a dream to meet and play with Sungha and Tommy some day, and I did it! I recently started to tour and I’m getting more and more dates. I was named the winner of the contest “Young Talents” in Uppsalas International Guitar Festival 2012 in Sweden, becoming the first girl who won the competition.

WiMN: Let’s talk gear. What guitars do you have in your arsenal?

GQ: I have a Taylor Custom GC.

WiMN: Have you experienced any challenges for being a girl in music? If so, how did you deal with them?

GQ: I haven’t experienced any challenges so far. People always encourage me.

WiMN: Any big plans lined up for the future?

GQ: Yes, I have some projects for next year. Gigs in Sweden and in other countries are included. 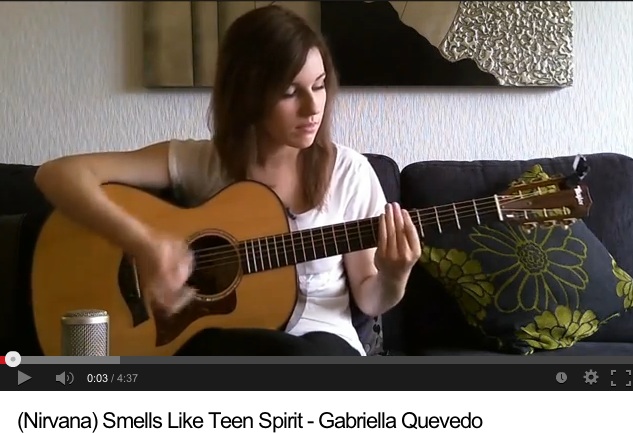