All of us at the Women’s International Music Network stand with the black community in the fight against racism and for equal protection under the law.

We continue the momentum of celebrating beautiful, strong black pioneers with five black female music icons who are artists and activists that have paved the way for many women in music today.

10-time Grammy Award winner and She Rocks Awards recipient Chaka Khan is a legend in the industry whose career spans nearly five decades, selling over 70 million records worldwide. Known as the “Queen of Funk”, Khan began her music career as part of the band Rufus with their first hit single, “I Feel For You”. In December 2016, Billboard Magazine ranked Khan as the 65th most successful dance artist of all time. She has also been nominated for induction into the Rock and Roll Hall of Fame twice.

Born Yvette Marie Stevens (1953), her love for performing began at age eleven when she formed a girl group called the Crystalettes, which included her sister Taka.  In the late 1960s, Khan had joined the Black Panther Party, attending many civil rights rallies with her father’s second wife, Connie who was a strong supporter of the movement. At age 13, she was given the name Chaka Adunne Aduffe Hodarhi Karifi by a Yoruba Baba. Later, she would shorten it to just Chaka Khan.

Not only a chart-topping music artist and vegan, she is also an activist for the youth. In 1999, the mother of two started the Chaka Khan Foundation, an organization that “educates, inspires and empowers children in our community to achieve their full potential,” the website states. The Foundation focuses primarily on children at risk either through poverty or health issues like autism, providing them with the ability to achieve their dreams and while giving back to the community. “We are all here to be of service to one another.” says Khan. 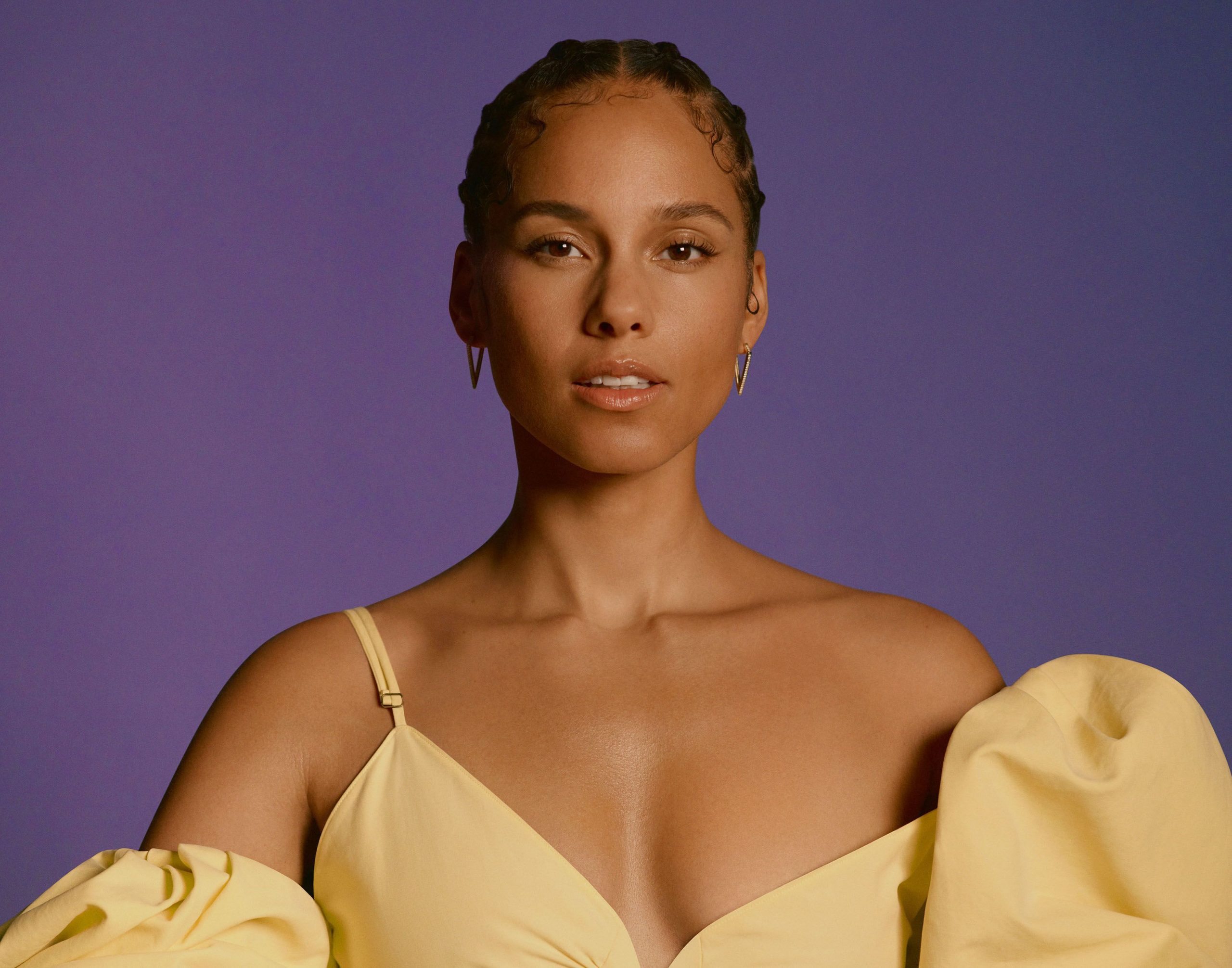 Another GRAMMY-winning icon is Alicia Keys. Born Alicia Augello-Cook Dean, she is an accomplished singer, songwriter, pianist, composer, and NAACP Image Award recipient who began her professional career at the age 15. Her hits include “Fallin”, If I Ain’t Got You”, “No One”, and her duet with Jay Z, “Empire State of Mind”.  Over the course of her music career, Keys has received numerous accolades, including 15 competitive Grammy Awards, 17 NAACP Image Awards, 12 ASCAP Awards, and an award from the Songwriters Hall of Fame and National Music Publishers Association. She has sold over 65 million records worldwide and was named in Time‘s 100 List of Most Influential People in both 2005, and again in 2017.  In 2019 she was the 3rd black female artist to host the GRAMMYs in 14 years, following Queen Latifah back in 2005.

As an artist and a mother she is a constant source of love and inspiration, reaching millions through her Instagram, and as a coach on “The Voice”. Keys is the co-founder and Global Ambassador of Keep a Child Alive, a non-profit organization providing medicine, orphan care, and social support to families with HIV and AIDS in both Africa and India. And in 2016, she participated in taking action against systemic racism in the United States with the video, “23 Ways You Could Be Killed If You Are Black in America.” 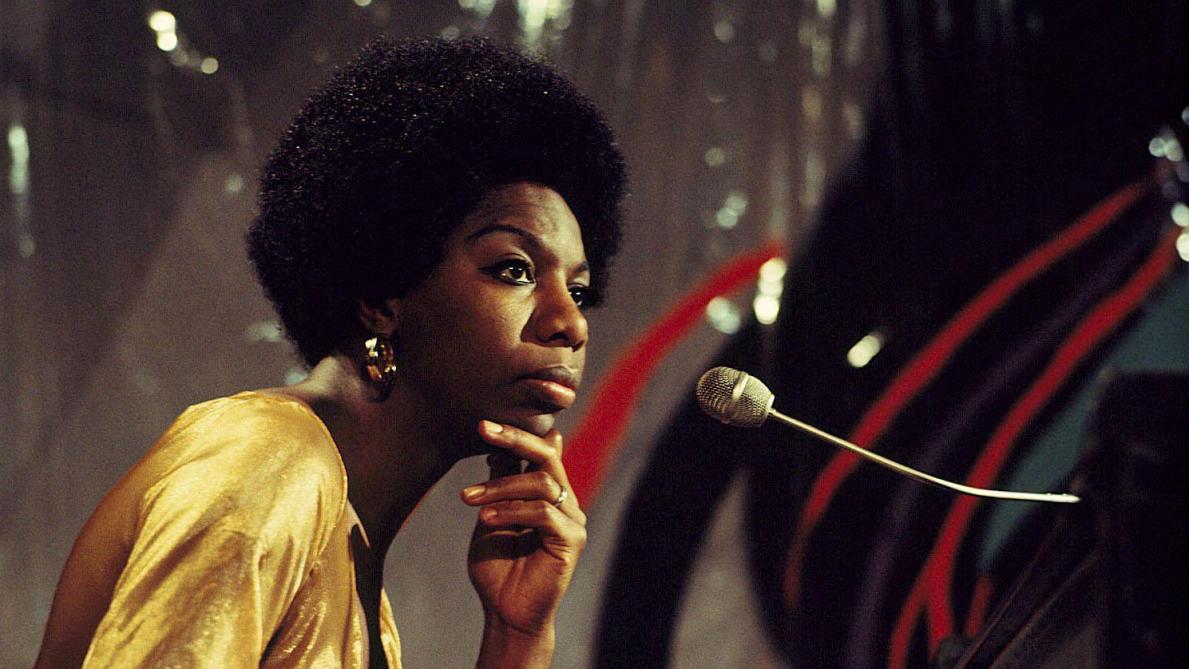 Legendary international jazz artist Nina Simone is one of the most extraordinary artists and civil rights activist of the twentieth century. Born in 1933 as Eunice Kathleen Waymon, she was the sixth of eight children who came from a poor family in Tryon, North Carolina and always aspired to be a concert pianist. With the help of her community she was able to enroll at the Julliard School of Music in New York City. Her first musical gig was at a nightclub in Atlantic City. There she adopted her stage name “Nina Simone” to disguise herself from certain family members who disapproved of her playing the ‘Devil’s Music’. It was there she started her career as both a Jazz singer and pianist, debuting with her critically-acclaimed album Little Girl Blue in 1959.

But, it was her single, “Mississippi, Goddamn” (*%??**&% on the label) in 1964 that would launch her into musical activism and completely change the course of her career. The song was her direct response to the murder of civil rights leader Medgar Evers on June 12, 1962, and the murder of four young black girls during the KKK bombing of the 16th Street Baptist Church (Birmingham, AL) September 15, 1963. She performed and spoke at many civil rights meetings, including the Selma to Montgomery Marches. In 1967, Simone was diagnosed with Bipolar Disorder after experiencing an episode backstage prior to a performance. She also endured a 10 year abusive relationship at the hands of her husband Andrew Stroud, a New York police detective turned music manager whom she finally divorced in 1971. Simone would go on to record over 40 albums between 1958 and 1991. Over the years, Simone’s health began to deteriorate.  She was diagnosed with breast cancer in 1993 and after battling the disease for 10 years, Simone died peacefully in her sleep at her home in France. 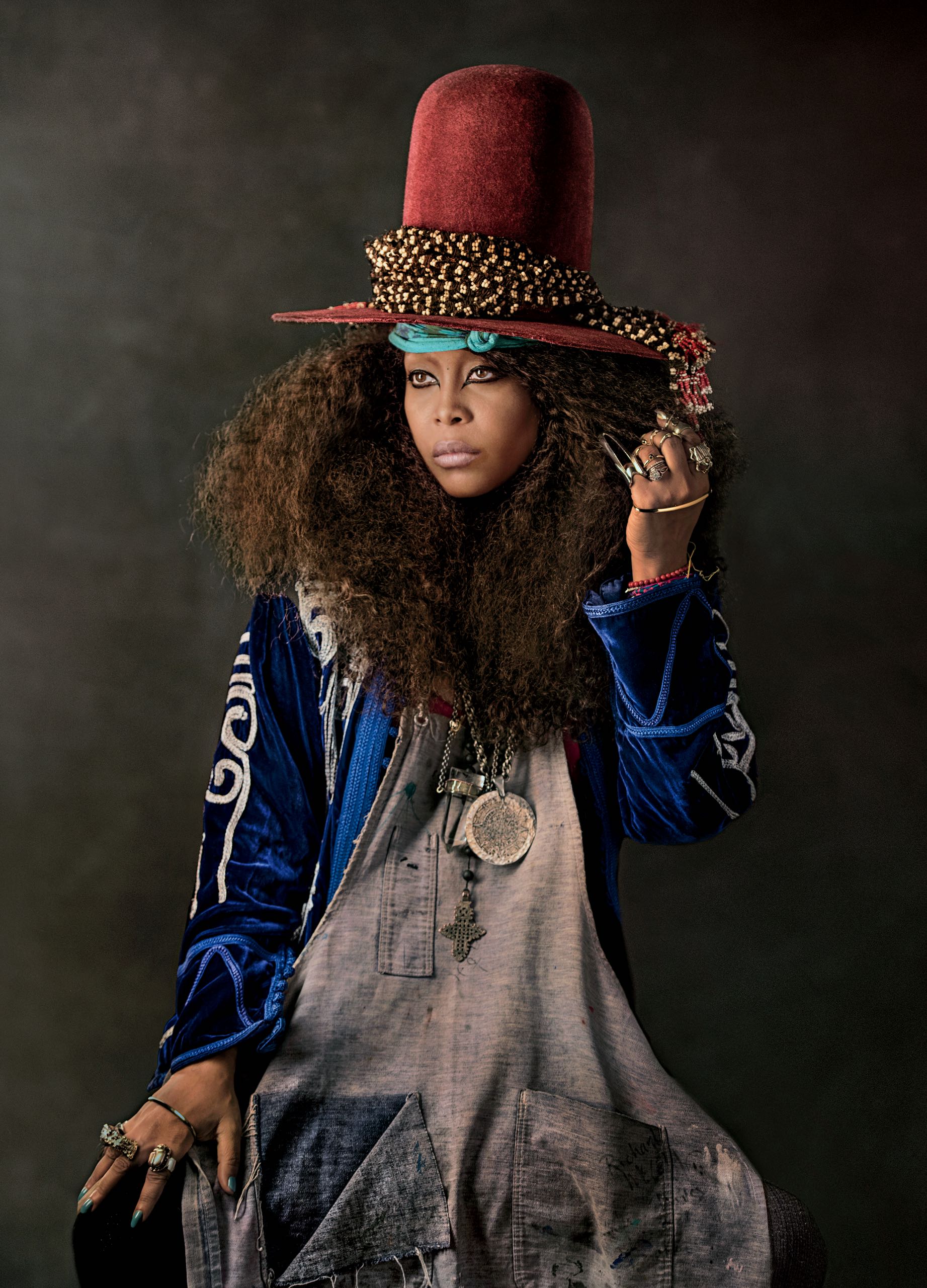 Many refer to Erykah Badu as the Queen of Neo-Soul. Born Erica Abi Write, she changed the spelling of her name while still in school to Erykah: ‘kah’ meaning inner light in Egyptian, as Badu wanted to shed her “slave name.” As time went on, she would eventually change her last name from Wright to Badu, borrowing the word from a favored scatting phrase (meaning ‘manifest light and truth’ in Arabic).  Badu is an award winning singer-songwriter and producer who in known for hits like “On & On”, “Tyrone”, “Bag Lady”, and “You Got Me”. She has won 16 awards and 59 nominations respectfully.

A mother to three beautiful children, Badu has acted in a multitude of films including The Cider House Rules (1999) and House of D (2004). She is also vegan (since 2006), a certified doula, a third degree Reiki master, and a certified holistic health practitioner.  In 1997 Badu created a charity called Beautiful Love Incorporated Nonprofit Development (BLIND) with the goal of cultivating community development for inner city youth through the arts.

Born Dana Elaine Owens, the GRAMMY-winning music artist, songwriter, producer and critically-acclaimed actress began her career as political rapper in 1989 under the stage name Queen Latifah (meaning ‘delicate and sensitive’ in Arabic). In her youth, she began singing in her Shiloh Baptist church choir. Her first stage performance was as Dorothy in her school’s production of The Wizard of Oz. Later in high school, she honed her rap skills and formed the all women’s group Ladies Fresh.

At age 19 she debuted her album All Hail To The Queen which sold over 1 million copies and spawned her first hit, “Ladies First”. It was her hit “U.N.I.T.Y.” in 1993 that earned her reputation as an activist for women and her first GRAMMY. Latifah was the 2nd black woman to host the GRAMMYs in 2005, with Whoopi Goldberg being the first (1992). She became the first female hip hop artist to be nominated for an Oscar. As an actress, Latifah garnered a few supporting roles before receiving critical acclaim for her role in the movie “Set It Off” (1996). She would go on to act in over 40 films and over 20 television shows, which earned her a star on the Hollywood Walk of Fame in 2006.

She expanded her reach as a celebrity spokesperson for CoverGirl cosmetics, representing her own line of cosmetics for women of color called the CoverGirl Queen Collection. Latifah also launched a perfume line called “Queen” and “Queen of Hearts”, and on May 23, 2018, was named the godmother of Carnival Cruise Lines’ vessel Carnival Horizon. In 1999, Queen Latifah wrote an auto-biography on confidence and self respect called, Ladies First: Revelations of a Strong Woman. Overall, her work in music, film and television has earned her a GRAMMY Award, an Emmy Award, a Golden Globe Award, three Screen Actors Guild Awards, two NAACP Image Awards, an Academy Award nomination and sales of over two million records.