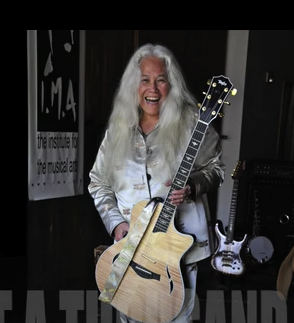 She is readying to launch her very own autobiography titled Land of a Thousand Bridges, in which she’ll, first-hand, describe a story that’s never been told: how girls in the mid-60’s started all-girl bands, learned to play electric, and became Fanny.

But she needs your support. Millington launched a $25K Kickstarter campaign to fund her book, and is only short by less than $5K.

The $25,000 Millington is raising will go to working with a book designer; fulfilling the top tier which includes a special, boxed and numbered edition of Land of a Thousand Bridges with photos the band has chosen out of thousands from personal and photographer friends’ collections; cost of digitizing from negatives; a publicist; and printing a “soft-touch”  edition in time for the holidays.

To learn more and donate to the Kickstarter campaign, watch the video below and click here.