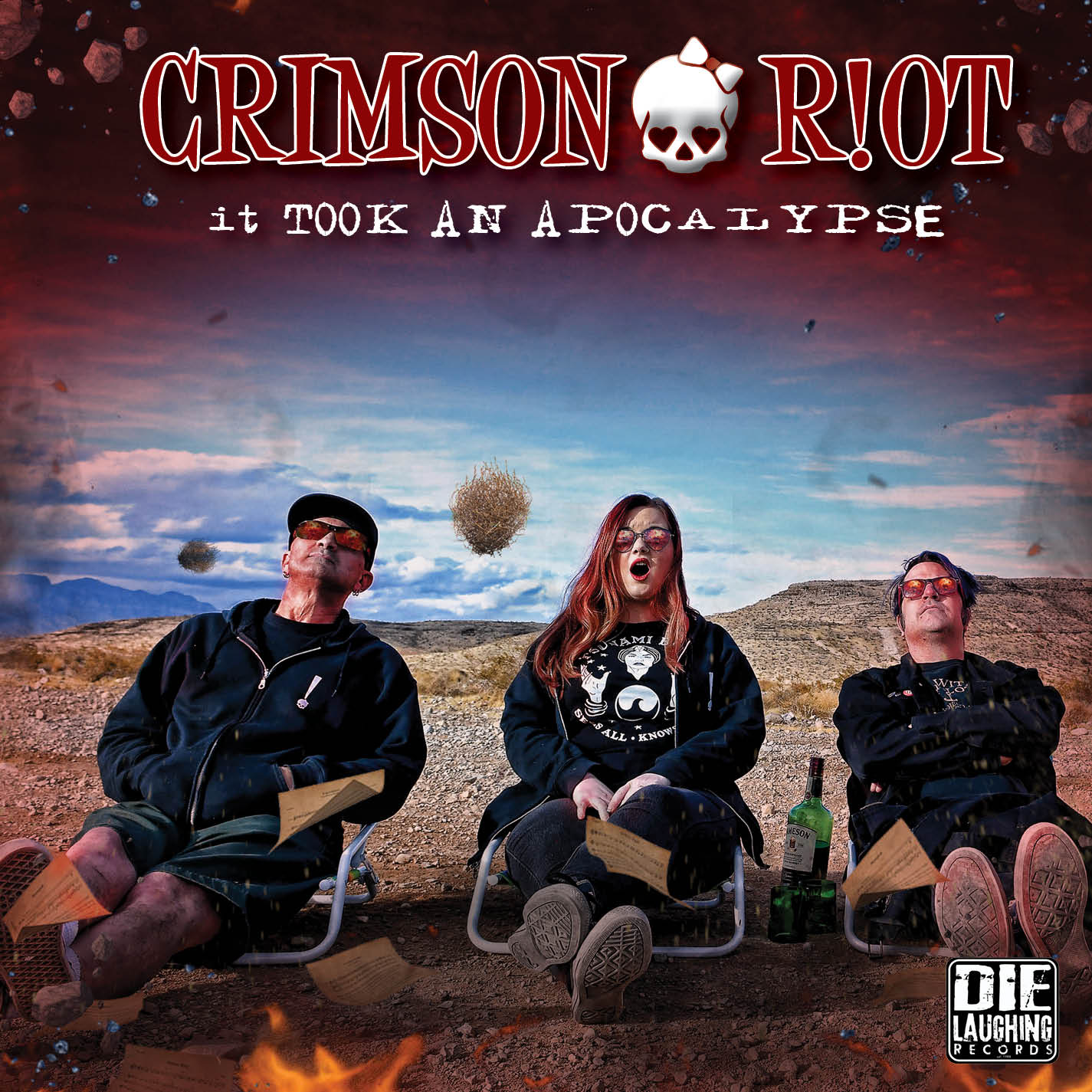 On the back of their recent singles Irish inspired drinking anthem “St. James’s Gate” and the addictive pop punk story of a one-sided relationship “Shatter’” Crimson Riot have released a brand-new album It Took an Apocalypse via Die Laughing Records / Golden Robot Records. Visit their website at Official Website of punk band Crimson Riot Est. 2017

It Took an Apocalypse is available on CD and on all digital platforms HERE.

“This album is very special for a lot of reasons. Aside from it being our first label release, we also had help from some very special people. On ‘St. James’s Gate’, the credit for the incredible Celtic instrumentation goes to High Grade Pats and our friend Ken Osborne. We were happy to have their talents assist us on this track.

Also featured on this album is former MTV and VH1 personality Matt Pinfield who was kind enough to help us educate the masses by reading the definition of ‘punk’ to open one of the songs. On that same tune, we had the honor and pleasure of having the helping hand of none other than Matthew Lillard (SLC Punk; Scooby Doo) to drive home that, it doesn’t matter who started punk; it’s music.’’ – Crimson Riot

​Crimson Riot, dubbed the “Punk Rock Partridge Family” by iHeart Radio’s Bobby Bones, is lead by singer/guitarist Roxy Gunn with her husband Chris Reject on bass guitar and additional vocals, all held together by her father Ryan J on drums. The family trio was formed in July of 2017 when their prior band of six years, The Roxy Gunn Project, took a drastic turn as their lead guitarist had to leave due to medical issues. Having a heavy punk influence, the remaining three members decided to go a different direction with their music and follow their punk roots. Virtually overnight they created Crimson Riot. 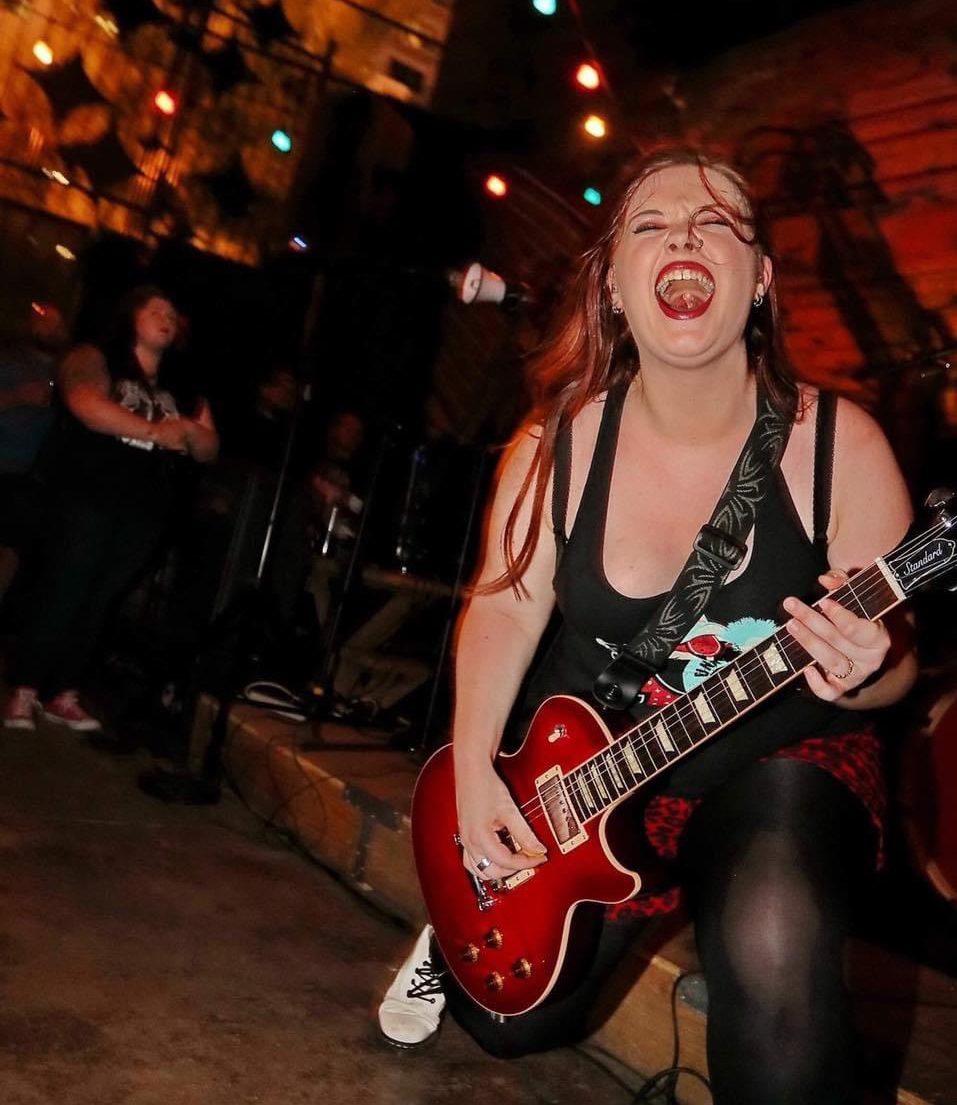