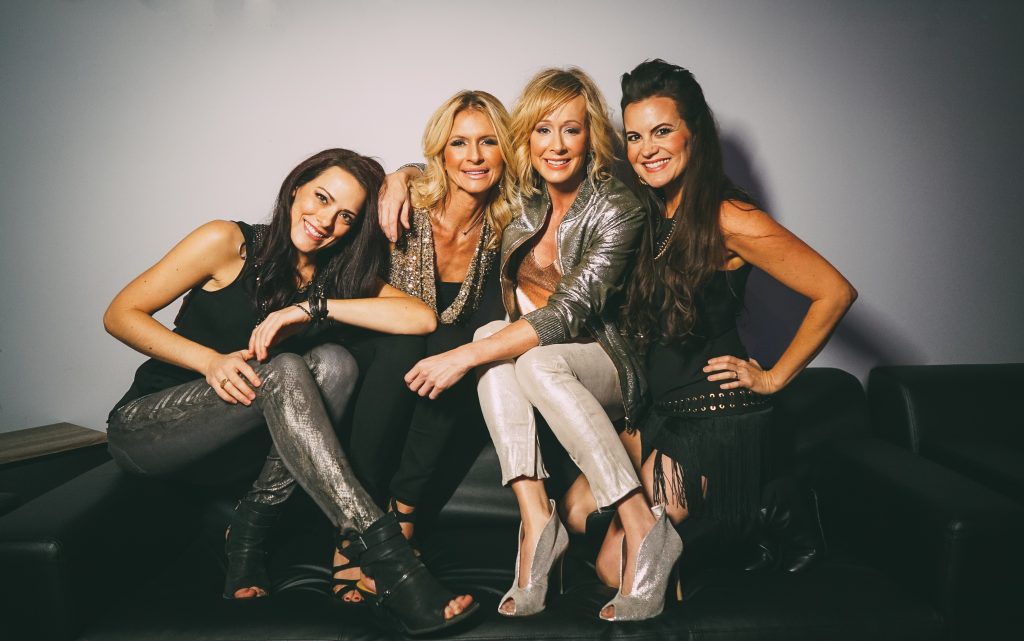 Far too often, we women find ourselves in constant self-doubt, lacking the confidence that we are enough; that we are loved and respected.  Enter pop rock band called The Mrs: four dynamic, empowering females whose mission is to inspire other mothers to continue achieving their goals and careers while having a family, a marriage, and friendships.

Founder and drummer, Andra Liemandt originally started The Mrs as a personal project which was inspired by her own personal life, “I began writing songs to connect with women like me – mothers who strive for a full life and want to have it all.” says Liemandt.  Soon after, it became more of a movement.  The true heart of The Mrs, Jenny Mason (bass guitar) has been Andra’s best friend for more than 15 years, and was the drummer’s first call when she decided she wanted to create a “band club” over seven years ago. Then came Mandy Prater (guitar/vocals), and Larissa Ness (keyboard/vocals) to this impressive line up.  The Mrs found themselves performing at popular clubs in Austin, TX, as well as prominent women conferences. They released their first EP in 2014 titled, Enough, followed by the singles, “What Christmas Means To Me”, “Draw The Line”, and “Light It Up”.  Shortly after, the band developed a popular cell phone app called The Mrs Magic Mirror, which was followed by their most impactful video to date, “Magic Mirror” which has been viewed more than 5.3 million times.

Their newest video for the single, “Blink of an Eye” is sure to inspire, a song that serves as a reminder for all of us to slow down, check in, and breathe in each precious moment, before life passes us by.  The video displays breath-taking scenery, with powerful, catchy lyrics encompassed in heart thumping, pop/dance rhythms – true, inspiring The Mrs fashion.

Learn more about The Mrs, pre-order their self-titled debut album, and follow all of their social media here.

You can purchase “Blink of an Eye” on any of the links below:
Itunes
Spotify
Amazon
Google Play

Below is the exclusive premiere of their video, “Blink of an Eye”!