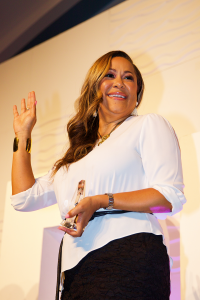 On Saturday, September 7, 2019 veteran entertainment attorney Heather Beverly received the Legal Champion Award at the 3rd Annual Rolling Out Innovation Digital Entertainment Conference (RIDE) Honors program in Atlanta, GA. Rolling Out’s RIDE is a two-day conference designed to provide access to practical tools, insights, information and resources to African American leaders and professionals. The conference was designed as a viable platform for skill set exchange with a focus on the areas of Business, Entertainment, Technology and Thought-Leadership. The conference culminates in an awards ceremony night which highlights the achievements of notable executives and creatives in the industry.

“Almost 20 years ago I was first featured in Rolling Out magazine in Chicago,” said Heather Beverly. “It was as much of an honor then as it is now to be recognized by one of our industry’s leading publications. I’m thankful to Charles Jenkins for the nomination and Rolling Out Magazine, Munson Steed and the R.I.D.E. Conference for selecting me for the 2019 Legal Champion Award. As entertainment attorneys, we are afforded an extraordinary opportunity to service an exciting industry. Our clients feed souls with their artistry and gifts. I am grateful to be among the collective of professionals whose goals are to ensure that art lives, thrives and is given its just due and I will continue to champion for the ‘wins’ my clients seek.”

Heather M. Beverly, (formerly Nelson) began her legal career as an Associate with Donald Hubert & Associates where she practiced in the areas of high profile, complex civil and criminal litigation and ethics work. Mrs. Beverly established her boutique entertainment law practice in Chicago, Illinois in 1998. In 2019, the Law Office of Heather Beverly, PC celebrated its 21st year of service. With an ever-growing and impressive roster of clients and significant deal-making, its principal, Mrs. Beverly is recognized for being a powerbroker who consistently provides quality, aggressive representation of her clients. 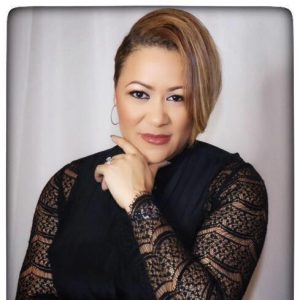 A native from Minneapolis, Minnesota, Beverly earned a Bachelor of Business Administration in Marketing from the University of Wisconsin-Madison in 1993. After college, she went on to law school at Chicago-Kent College of Law in Chicago, Illinois where she earned her J.D. in just two and a half years in 1995.