Of the album, Andrews shares, “Old Flowers is about heartbreak. There are a million records and songs about that, but I did not lie when writing these songs. This album is about loving and caring for the person you know you can’t be with. It’s about being afraid to be vulnerable after you’ve been hurt. It’s about a woman who is alone, but okay with that, if it means truth. This was my truth this year—my nine-year relationship ended and I’m a woman alone in the world, but happy to know herself.”

Of their intention, Sarlo adds, “Before we got to the studio, we agreed to prioritize making this record as cathartic and minimal as possible—focusing on Courtney’s voice and her intention behind the songs. Because of this, the record is all about performance. I believe a great recording is the chemistry between everything during basics and the ability to feel something happening instead of obsessing over the perfect take. Courtney embraced this approach and we ended up with a raw, natural and human record.”

The release of Old Flowers continues a series of breakout years for Andrews following her critically acclaimed 2018 album, May Your Kindness Remain.

Since the release, Andrews has earned an Emerging Artist of the Year nomination at the 2018 Americana Music Association Honors & Awards and has continued to tour toured extensively including shows with Brandi Carlile, Tyler Childers, The Head and the Heart, John Prine, Shakey Graves and The Tallest Man on Earth.

To learn more about Courtney Marie Andrews and her latest album you can go to www.courtneymarieandrews.com. 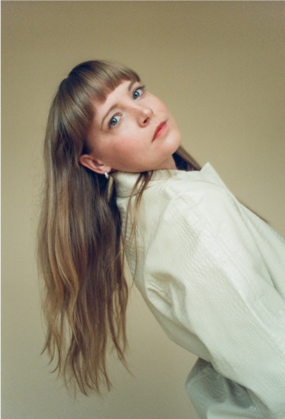