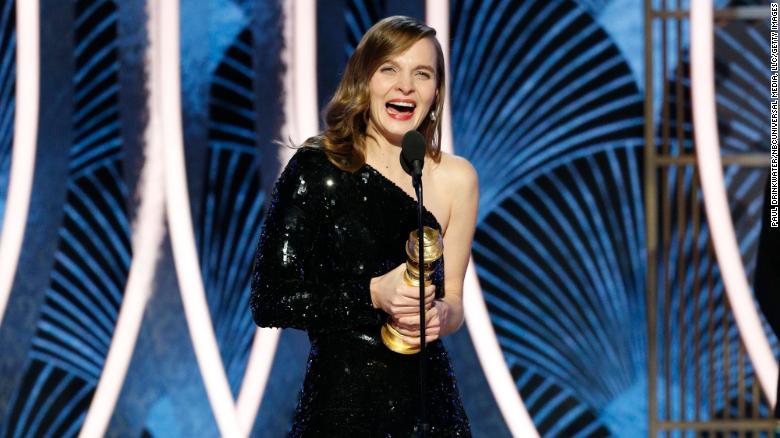 As women continue to take up space in an industry still dominated by men, it’s always a reason to celebrate when someone breaks through the glass ceiling and is recognized for her accomplishments. So is the case for music composer Hildur Guðnadóttir who won the Golden Globe for Best Original Film Score for her work on the critically-acclaimed film, “Joker”.  Guðnadóttir is the first woman to do so as a solo composer in the history of the the Golden Globes. The only woman to share in the honor previously was Lisa Gerrard, a co-winner with Hans Zimmer in 2000 for the film, “Gladiator” – and the last woman to be nominated was Karen O in 2009 for “Where the Wild Things Are.”

However, this isn’t the first time that Guðnadóttir has been recognized for her work. She recently won an Emmy for scoring on the TV show “Chernobyl,” which currently has her up for a GRAMMY as well. Plus, Guðnadóttir is nominated for “Joker” and “Chernobyl” at the Society of Composers and Lyricists’ awards, happening on January 7 at the Skirball Center.

This has been a long time coming as she been working as a film and TV composer for 20 years.  Earlier in her career, she sensed “a bit of wariness” about giving female composers big assignments. In fact, only 6% of our favorite shows use music composed by women. Fortunately, these stats continue to improve. “I believe because all the awareness raised in the last couple of years that I have definitely benefitted from a lot of that. People are just a bit more open toward trusting women.”

“I’m speechless. This is unbelievable,” she said, accepting her Golden Globe. “Thank you, Todd (Phillips, the director), for inviting me on the journey of a lifetime, for all the trust and faith and your openness.” She also thanked lead actor Joaquin Phoenix for “making my job easy.”

She spoke with Variety recently about the unusual score. “In the beginning, you feel like you’re listening only to a solo cello, but there are almost 100 people playing throughout the score,” she said. “As the film develops, the orchestra steps more and more in front and, by the end, kind of suffocates the cello. This poor guy gets so angry, and the orchestra gets angry with him; everything gets louder and more aggressive, and the music really punches you in the face.”