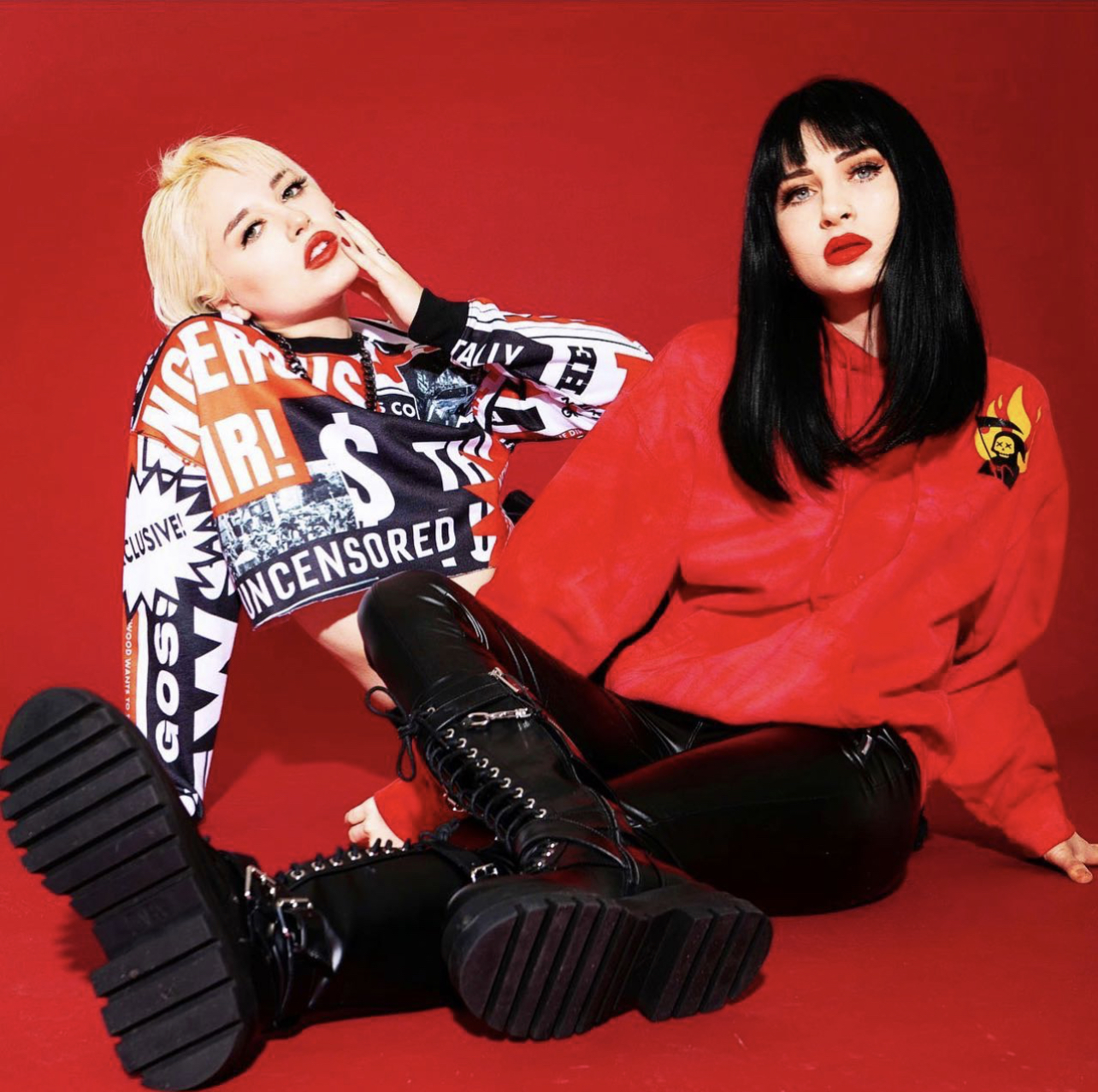 The WiMN is thrilled to share this news! The rising star duo Command Sisters, made up of Charlotte [vocals, keys] and Sarah Command [guitar] just released their long-awaited debut EP, ROUGE, via 21 Entertainment/Universal Music Canada.

The 8-track EP was produced by Tim Pagnotta [Walk The Moon, Weezer, Blink 182, Neon Trees, Elle King], with lyrics written by Sarah and Charlotte Command. It is Pagnotta who the duo credit with helping them carve out the sonic embodiment of the songs they had poured their hearts and souls into. While keeping in mind their overall vision for the album they were able to piece the story of Rouge together, song by song. The result is a wildly intimate and relatable EP that chronicles the sisters’ stories of heartbreaks, highs, lows, and truths always keeping in line with their signature sound and groundbreaking flare.

About the debut EP the Command Sisters said, “Rouge (red) signifies love, passion, anger, and courage, all the things we wrote about on this album. While writing the songs, we had moved from a small town to a very big city (Toronto) and were experiencing the trials and tribulations of growing up. (Falling in and out of love, discovering yourself, and most importantly – learning to not be afraid to be who you are.)  All of the songs on the EP embody the emotions and experiences we had growing up in a big city, which was how Rouge was born. We couldn’t be prouder of this album, and we truly hope you enjoy the ride.”

The album features fan favourites including, “I Like It” and “Rain On My Parade,” along with soon to be favourites, including the brand new single, “Trust Myself.” Since bursting onto the scene Command Sisters have gained a loyal following among critics and fans alike with the undeniably catchy singles. Charlotte and Sarah have been an intrinsic part of the Women’s International Music Network since 2014, performing at several She Rocks Awards and speaking on many music panels.

Command Sisters—Charlotte and Sarah Command—wield the power to turn popular culture red, the colour being a signature feature of a finely-crafted image. After playing together since childhood, the siblings honed on a distinct sound and style that has brought them to what you get today. Sarah drew on a lifelong love of shred gods, such as Joe Satriani, Steve Vai, and Orianthi, as Charlotte nodded to the songcraft of Sia and The Weeknd, cultivating a sharp signature sound steeped in mind-blowing musicality and tight hooks. Their sense of style got just as loud with a crimson take on high fashion. This careful presentation turned heads. Not only did they perform across the United States and Canada, but they attracted partners such as Martin Guitars, PRS Guitars, Marshall Amps, MAC Cosmetics, and Boss/Roland, to name a few. Additionally, they cultivated a fervent social media following through consistently eye-popping posts. Mind you, they impressively did all of this without one official release. Since inking a deal with 21 Entertainment, Universal Music Canada the duo have released a handful of catchy hit singles along with their debut EP Rouge.