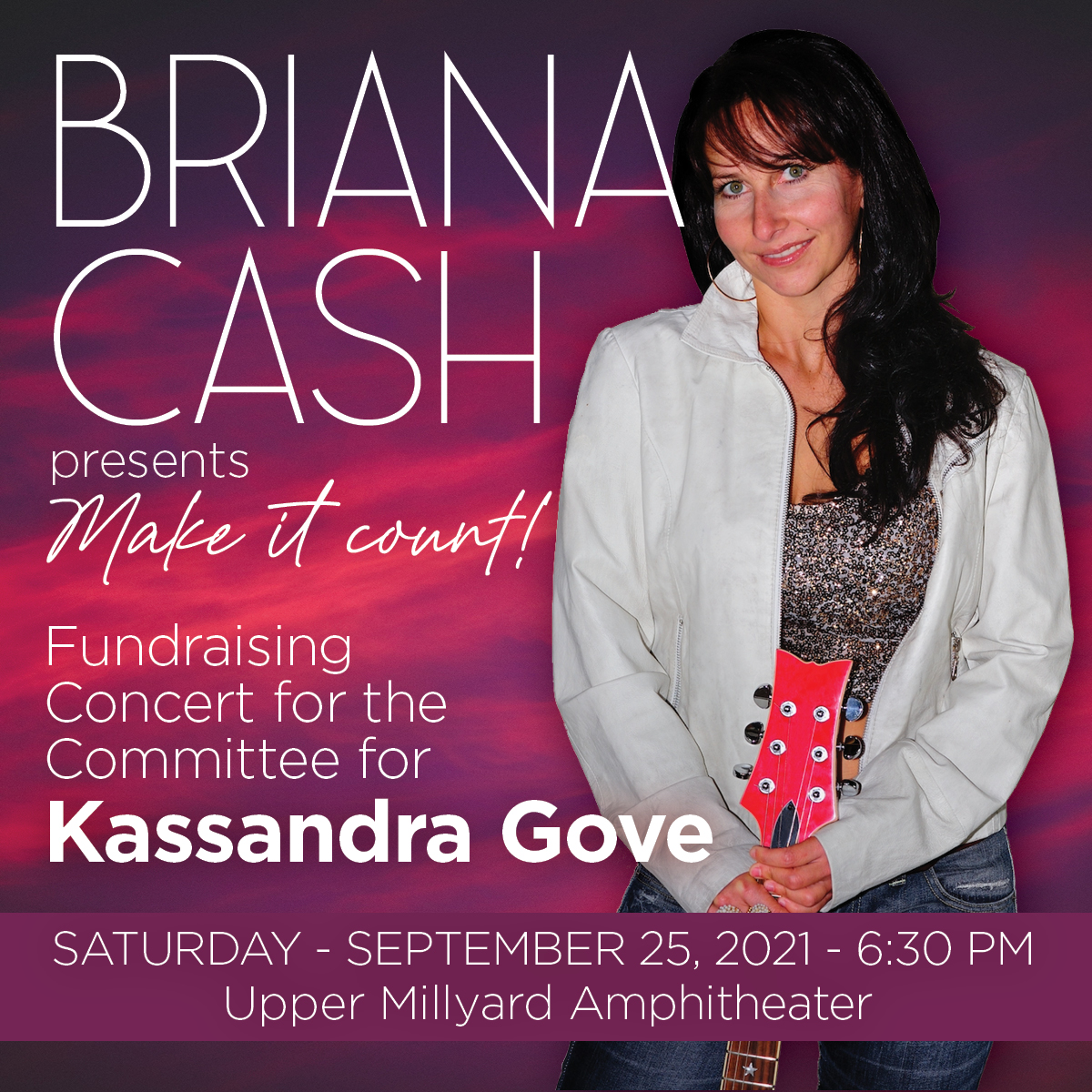 Cash is a graduate of Newburyport High and Berklee College of Music. She taught special education at Amesbury Elementary School, and while teaching she had a residency performing at The Barking Dog and other venues on the North Shore. Briana became a music supervisor for an award winning show on Prime before moving to Los Angeles to pursue a career in music.

At the beginning of the pandemic, she came back to Amesbury to be close to family, and while she was here wrote a new song called “Make It Count” with co-writer Dennis P. Coronel. “I didn’t write it with politics in mind,” says Cash, “but with all that was going on in the world I think now the song has found a purpose for how important it is today to make your voice heard and your vote count. I thought it totally appropriate for Kassandra’s campaign because in my opinion she has made her time in her role as Mayor count!”

“Briana and I first connected online in 2019 when Amesbury was in the running for Small Business Revolution,” said Mayor Kassandra Gove. “She was incredibly supportive from Los Angeles, encouraging people to vote and promoting #MyAmesbury . It was great to
hear from her again, this time with her offer to hold a concert for the campaign. I heard her new song ‘Make It Count’ and I love the positive energy that Briana has put out there, and I’m honored that she has given us the license to use this song for the
campaign. As she says, ‘we are stronger together,’ and we’ve certainly made the most of the past two years despite the challenges we’ve faced because we’ve faced them together.”

After Small Business Revolution and Mayor Gove taking office, Cash has been impressed with the changes she’s seen in Amesbury over the last year, especially during the pandemic. “We all have seen so much in the last few years that coming together as a whole is so important right now. To support one another, be kind, be compassionate, and be patient with each other. I’ve noticed some major positive changes happening for the City of Amesbury. I like what’s happening here, and I like what Kassandra stands for. I’ve never met Kassandra personally, however we’ve chatted and I’m impressed with what I’ve seen and want to encourage others to really pay attention, get informed and make their vote count this year.”

Briana is an award-winning singer-songwriter and actress. Her music has been licensed for TV and film. She has been been involved in numerous films; Hotel Artemis (Jodie Foster), Sandy Wexler (Adam Sandler), Cliffs of Freedom (Christopher Plummer) and she played herself as a guitarist in an episode of “Wet Hot American Summer – Ten Years Later” on Netflix. This Jazz-Pop Adult Contemporary artist recently recorded with the legendary drummer Peter Erskine (Norah Jones, Michael Buble, Diana Krall) and bassist Chuck Berghofer (Frank Sinatra, Ella Fitzgerald, Seth MacFarlane) on a new Christmas song slated for release in 2022.

Below is the video for her single “Colorized Summer” which released on June 18, 2021: