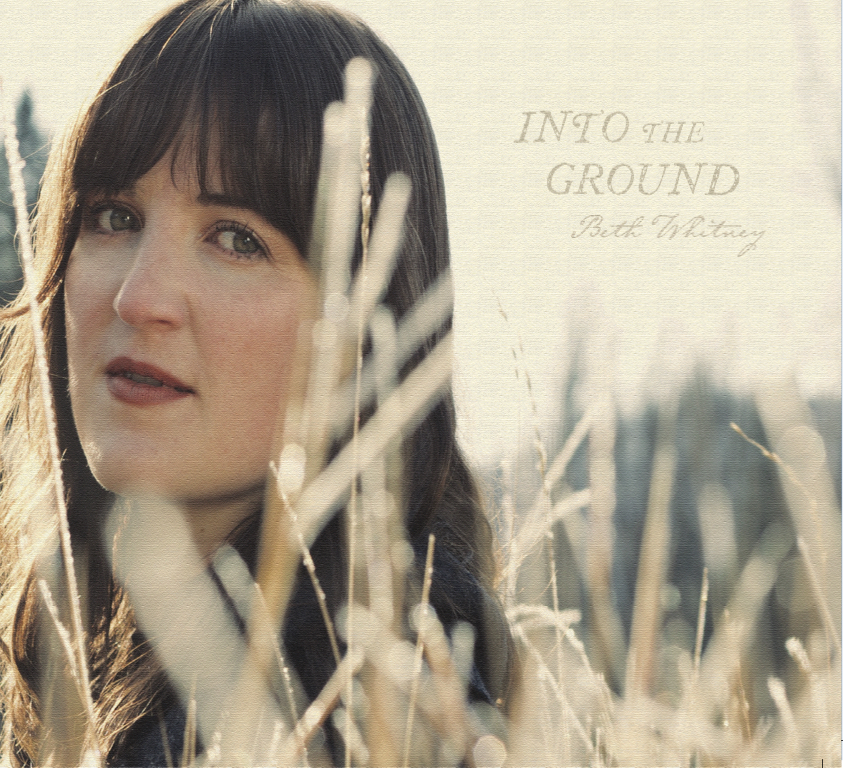 Beth Whitney released her new collection of ethereal songs, Into The Ground on Tone Tree Music. It is the follow up to The Wild Unrest (2017); both albums were heavily influenced by the world around her.

“I wrote that album [The Wild Unrest] after moving to the mountains, in a season of grief,” explains Whitney. “I was looking around and above me in the woods as a way of learning about myself and the world. On the new album [Into The Ground] I am looking into the soil to see what nourishes us.”

Whitney’s sound is described as Orchestral Folk music by American Songwriter. The entire album is much like an ASMR an experience, unlike anything I have heard in a long time. From “Wild Roses” to “Whole Heart” to “Huckleberry”, all eleven tracks hold their own in distinction and sound. The final song is a stripped-down acoustic version of “Wild Horse”.

You can purchase the album on her website here: https://www.bethwhitneymusic.com

I asked Whitney a few questions in regards to her collaboration with the many musicians on this album, how she maintained a healthy self-care routine, and what she has in store for future live performances.

Myki: How long have you known/collaborated with the musicians on this album? Did the completed sound of the album result after they were brought in on the project, or were they selected to complete the intended outcome of the album?

Beth: We had an incredible team for this album. Brandon Bee, who produced Into The Ground (and most of the music Aaron and I have made since 2010) has a way of bringing out the artistry of each musician that comes in the studio and weaving it all into a cohesive and seamless album of songs. We had a basic idea of where the songs could go, but really each song grew throughout the studio week like a conversation grows and moves deep into an evening- people coming and going adding their ideas and beautiful perspectives. The week was magic.

“Huckleberry” is the only song on the album that we recorded separately. We met Jacob Navarro (a guitar/mandolin/songwriting master) in 2013 through our friend, Bradford Loomis, and years later had the pleasure of recording “Huckleberry” (Track 11) with him in Ballard, WA. We’ve played many fun shows with Jacob over the years…a wedding in the pouring rain, a backyard show while squirrels darted across the fence behind us, a state fair with race cars blazing behind us, the Triple Door main stage in Seattle with the starlight curtain behind us, and a lot of things in between. He’s the real deal.

Aaron and I have played music together since 2005 but met around 1990 as little kids. We were both pretty shy but saw each other here and there throughout childhood when I would come up to the mountains to visit my grandparents. Then one midnight we met eyes walking into Whitworth’s music building at the same time, and the rest is history. He somehow lifts, calms, excites, and steadies a song all at once on the upright bass.

Natalie Mai Hall came in for an afternoon and poured her cello into “Wild Roses”, “Two Sons”, and “Moonlight”. We’ve played a handful of shows together over the years and simply put, she is extraordinary. Mark Alvis joined us on drums, percussion, and Mothership Studio’s house Swarmatron. He is a craftsman when it comes to tone, and a joy to have in the studio and on stage.

We also had Gina Belliveau and Brittany Alvis, two very good songwriters in the middle of their own projects, sing some lead and background parts, as well as co-write the song “I Go.”

There are many others that went into making the album what it is, but to answer your question, the album was created piece by piece with many hands and creative minds. Watching your songs unfold in the studio in the hands of incredible musicians is a moving experience as a songwriter.

Myki: What are some of your self care routines/mental health exercises? What got you through last year’s lockdown pandemic?

Beth: Gardening seems to make a profound impact. I’ve read/listened to a mountain of self-help books but there is something about getting your hands in the soil…working a weed out, planting seeds, and watching blossoms turn into food that sets the heart in place. I audibly gasped the first time I saw one of my eggplants flower. Also helpful have been hikes, cooking, songwriting, connecting with other mothers, looking at the stars, and reading loads and loads of books with my kids. I used to sit and work at coffee shops, comforted by the murmur and movement around me. I do miss that.

Myki: Do you have any future performances scheduled for the remainder of 2021 and 2022?

Beth: This corner of the world is just starting to open up again, so we have some shows scattered here and there. For the most part though, we’ve decided to lean towards mostly regional events while the kids are small. If we got to a place where we could tour as a family, I’m sure we’d be game to hit the road again, but the simplicity of home and community is something I’ve found great value in, especially in the last year and a half.

Seattle based artist, Beth Whitney released her first album, Leave Your Shoes, in 2007, which garnered heavy airplay in the Seattle area. In 2008, she and Aaron Fishburn, whom she’d known all her life, got married. She released Yellow in 2010 and Ukulele in 2012, both of which won songwriting awards and were put into heavy rotation by local AAA station in the Seattle area. In 2013, after the birth of their son, Beth partnered with neighbor and fellow artist, Bradford Loomis, to write and record a self-titled album, The Banner Days (2014) and Hand Me A Hymnal (2015.) The collaboration garnered critical acclaim while they toured extensively across the nation including a performance at the Lincoln Center in New York, and reached over 2 million streams on Spotify for their co-write, “My Beloved.”

Beth and Aaron had their second child in 2017, and a few happy but sleepless months later, released The Wild Unrest. Though Beth and Aaron decided to forgo touring and only perform regionally with the new baby in tow, the album was released at The Triple Door in Seattle, earned placements on network tv shows, and earned a featured performance of “Raven” with the Wenatchee Valley Symphony. Whitney’s new album Into the Ground released on May 28, 2021.