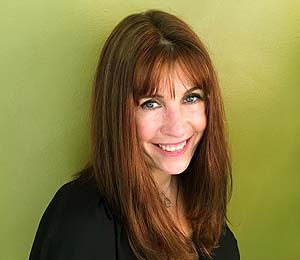 ASCAP, The American Society of Composers, Authors and Publishers, the world leader in performing rights and advocacy for music creators, announced that Gabriela Gonzalez has been promoted to Vice President, Latin. In her new role, Gonzalez will oversee the ASCAP Latin Membership Department, including membership staff based in offices in Los Angeles, New York, Miami, and Puerto Rico, who are responsible for developing the careers of ASCAP composers and songwriters, recruiting new members and serving all of ASCAP’s Latin writer and publisher members. She will remain based in Los Angeles and report directly to ASCAP EVP, Membership, John Titta.

Gonzalez joined the ASCAP Latin Membership team in 1999, and worked as Associate Director before becoming Senior Director, Latin in 2013. Since joining the organization, Gonzalez has nurtured and signed some of ASCAP’s top talent including Marco Antonio Solis, Claudia Brant, Gerardo Ortiz, Jose Alberto Inzunza and Mario Domm, among others.

At ASCAP, Gonzalez has contributed to the organization’s increased market share in the Regional Mexican market and assisted in negotiations with the Mexican Society of Authors and Composers (SACM) to license their entire roster through ASCAP. She also encouraged and nurtured the talents of ASCAP members in early stages of their careers through a variety of artist development programs, including Latin and mixed genre Song Camps in different territories. Gonzalez has provided a distinct competitive advantage in the Latin market, leveraging close relationships with the executive leadership of international music societies in Argentina, Chile, Mexico and Peru.

Prior to ASCAP, Gonzalez was Assistant Manager of Film, TV and New Media at Peermusic. She was born in Los Angeles and raised in Argentina and attended Universidad del Salvador.

“Gabriela is an incredibly dedicated leader who has made outstanding contributions to our Latin Membership since she arrived at ASCAP 17 years ago,” said Titta. Her ability to cultivate relationships in the global Latin community has been essential to ASCAP’s growing market share in the genre. I have no doubt that she will enable ASCAP to continue its strong position in Latin music.”

“I’m excited to take the reins of the Latin department at ASCAP,” said Gonzalez. At a time when there is so much phenomenal Latin talent and the genre continues to expand, ASCAP plays an essential role in supporting both our new songwriters and our most successful members.” 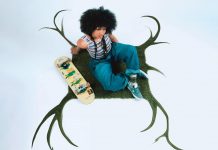