Continuing her unique spin on soulful pop-R&B sounds, multi-faceted NYC talent Annalise Azadian returns with her latest single “Life of the Party” – out via The Orchard and Cross the Line Music. With millions of streams to her name, “Life of the Party” follows on from Annalise’s well-received 2020 EP Six Weeks of Seven, the single “Bogu$” clocking up almost 2M+ streams on Spotify alone.

The track’s low-key but club-friendly beat, produced by Grammy Award winner Swagg R’Celious (H.E.R./Kehlani /K. Michelle/Dawn Richard), is a sonic switch for both, but serves as an intriguing contrast to Annalise’s poignant and metaphorical lyrics exploring solitude – demonstrating Annalise’s dynamic ability to traverse genres in order to tell her stories, always inspired by her personal and vulnerable feelings.

Speaking on “Life of the Party”, Annalise shared: “I secretly hate parties. Being an artist is all about putting yourself out there, yet I tend to find myself being the wallflower in crowded rooms. I sometimes wonder if this makes people gravitate towards me even more, hence the ‘All eyes on me’ lyric; it had a feel-good vibe with an emotional theme. When Swagg got involved, he loved the reference, and added his twist on it with a whole new energy and vibe to become more of a summer anthem, party song – especially with the world beginning to open back up. The song started as a soulful hook about standing out but not necessarily enjoying that limelight, whether in day-to-day life or, in this case, a party.”

Hailing from New York and based in the Bronx, the Armenian/Irish artist worked hard to secure a place at the prestigious Berklee College of Music as a teenager – its alumni including industry stars like Quincy Jones, John Mayer and Charlie Puth. Moving back to NYC aged just 17 and determined to make it on her own, the skilled pianist and guitarist threw herself into writing and recording full-time, resulting in 2018’s project Untitled and slowly but surely getting her foot in the door in the music and fashion worlds.

The multi-talented 23-year-old artist has been building a significant buzz over the last few years, winning over industry legends such as Elton John, who proclaimed her as a “fabulous songwriter” during his Rocket Hour show on Beats 1, alongside acclaim from the likes of SPIN MAGAZINE amongst significant blog hype. Further expanding her international presence by linking up with Korean star Jooyoung on “Without You”, Annalise’s subtle but emotionally powerful vocals elevates every song to new levels, adding profound depth to her self-written lyrics.

With Annalise’s unique and distinctive style, inspired by a deep love of Japanese streetwear, she has also established herself as a true rising force in the international fashion scene; her gritty style landed her as the face of Tommy Hilfiger’s 2021 ‘Recycled Collection’, alongside previous brand collaborations with household brands like Apple, Converse, Adidas, New Balance Japan and Black Pyramid. Annalise also works closely with Billionaire Boy’s Club – the ultra-creative and futuristic clothing line started by Pharrell Williams – as a Creative Director, further imprinting herself as a multi-faceted talent on the brink of mainstream consciousness.

With an incredibly strong set of new music in the pipeline, as well as recently hitting the studio with the one and only will.i.am, “Life of the Party” proves that Annalise’s star is ready to shine brighter than ever before. 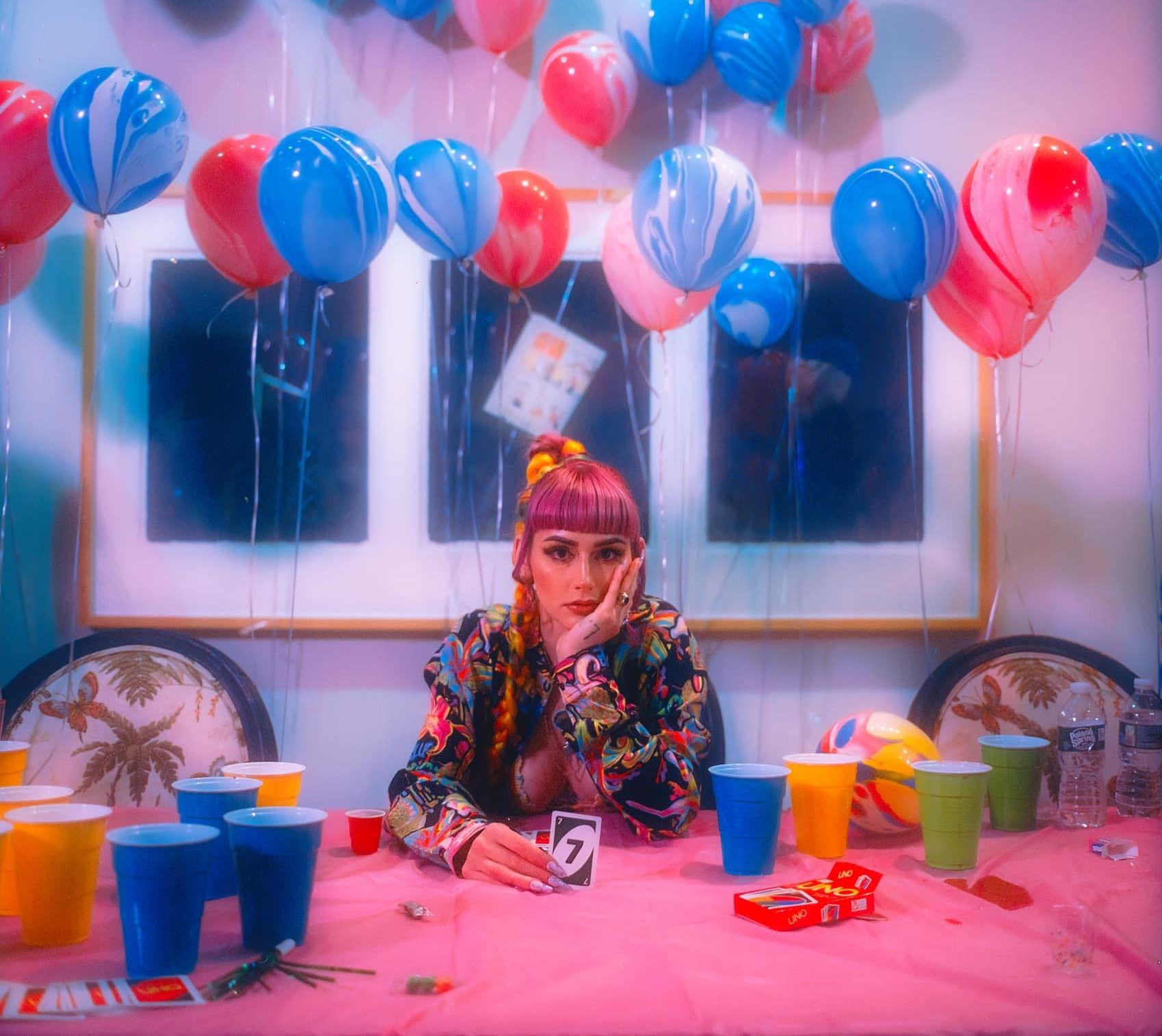