Anna Calvi is thrilled to share one of her original songs written for the latest season of the BBC’s globally lauded TV drama Peaky Blinders. “You’re Not God” is available to stream for the first time.

Earlier this year, Calvi wrote and performed the score for the entirety of Season 5 of the award winning show, which is available to watch in the US via Netflix. This was the first time Calvi had scored for television and it was recently revealed that she will also score Peaky Blinders Season 6.

Last year, Calvi released her third album, Hunter, and she’ll be hitting the U.S. for the first time since 2013 with sold-out shows in L.A. and Brooklyn in December.

More information on Anna Calvi can be found at her official website. 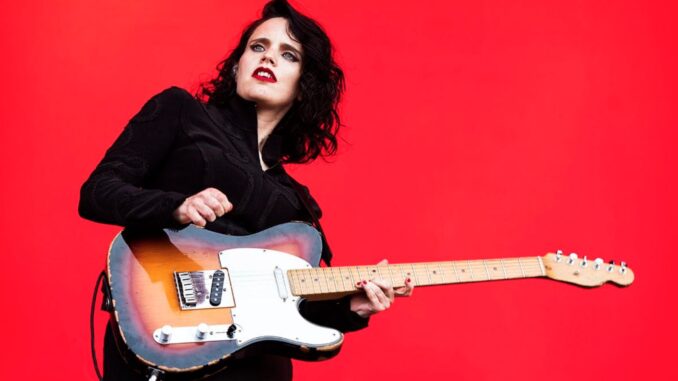