It has been 8 years since these iconic women of rock performed “Break In” together, much to the surprise of fans at the Carnival of Madness Tour back in 2012. That was a memory cemented into history when Amy Lee of Evanescence joined Lzzy Hale and Halestorm onstage to perform “Break In”, a single originally recorded as a solo which was featured on Halestorm’s album The Strange Case of… and ever since, fans have been asking for an official release of this version.

On August 6, 2020 fans got their wish when the official video by these longtime friends was released.  Hale recently told Rolling Stone: “We recorded this duet pre-COVID-19, together in the same room, live, as a full performance from beginning to end. Amy brought new meaning to this song, turning what was once just a love song into a statement of unity and support for each other.”

This duet version of “Break In,” was produced by Nick Rasculinecz and is set to be featured on Halestorm’s upcoming EP, Halestorm Reimagined, with a release date of August 14th. The EP will feature a total of 6 tracks including reworked Halestorm songs “I Get Off” and “I Am the Fire,” and famous covers, like a rendition of Dolly Parton’s “I Will Always Love You.” Fans can pre-save Halestorm Reimagined here: https://halestorm.lnk.to/ReimaginedID

Plus, Halestorm launched the #RoadieStrong social media campaign, which provides financial assistance to road crew during the COVID-19 pandemic. All proceeds for #RoadieStrong merchandise and donations will go toward Live Nation’s Crew Nation relief effort.

Evanescence’s video for their recent single “The Game Is Over” garnered over 1 million views since it was released a month ago. It is the second single off their latest album The Bitter Truth, which is being released incrementally throughout 2020. 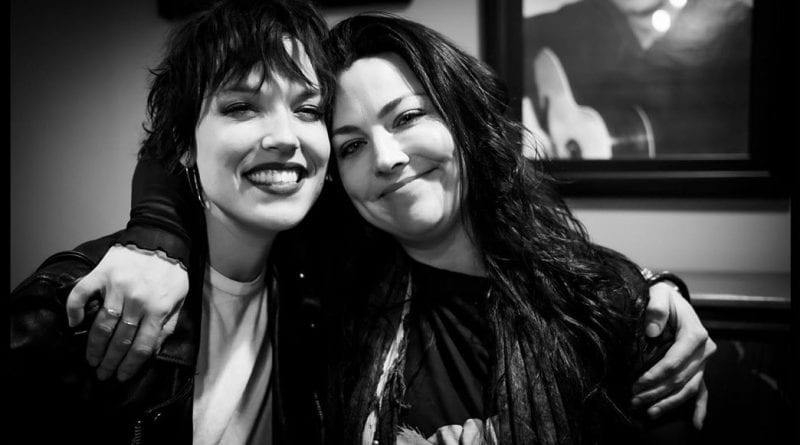