Country/Pop artist Abigail Neilson released the video for her new single, “Left Unsaid” which she wrote as her closure letter to heartbreak. The song was produced and mixed by Robbie Artress, and mastered at Nada Recording Studio. Neilson shared with us what inspired her courage and vulnerability:

“I wrote ‘Left Unsaid’ after experiencing my own heartbreak. I had so much that I wanted to say to one person but couldn’t, so I wrote this song instead. It came out in about 30 minutes and originally was written on piano,” she says, “but after I finished writing the song, I felt like I was feeling more anger than sadness so I tried out playing the song with more energy on my guitar and that’s how ‘Left Unsaid’ first came to life!”

Neilson is based in Seattle, Washington with a solid reputation in the Nashville scene. She has written and performed her own material since age 13 and considers herself a storyteller when it comes to writing lyrics. Her last single, “Ruby,” has landed on coveted playlists such as Spotify’s “Breakout Country,” “Fresh Finds: Country,” and “New Music Nashville.”

Like many artists who have been impacted by the Coronavirus pandemic, Neilson transitioned from live performances to live streams, keeping her fans entertained and engaged during the quarantine. Learn more about Abigail Neilson on her website at: www.abigailneilson.com 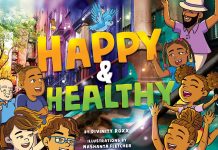 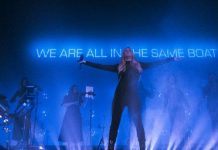