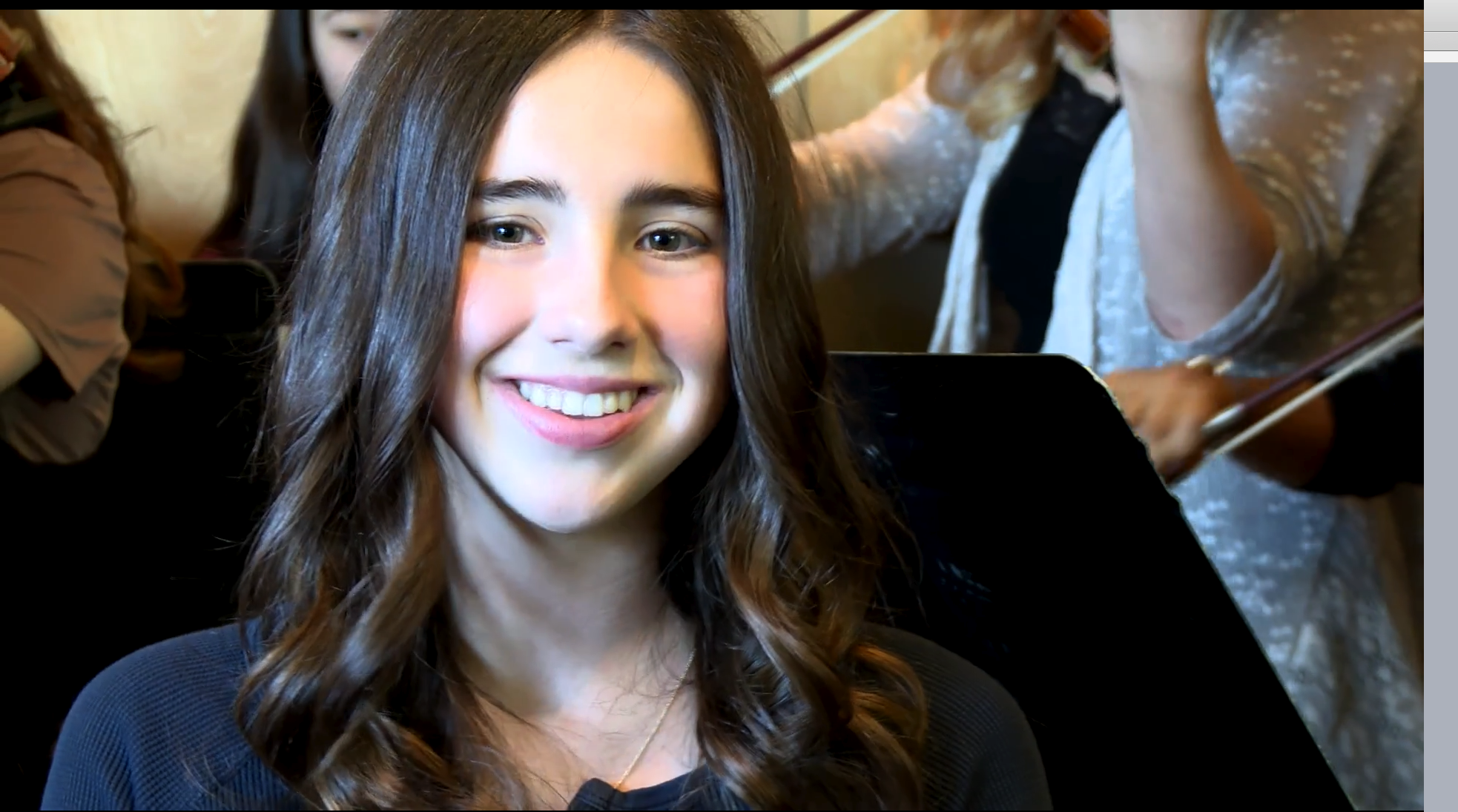 What started out as a music assignment, turned into a powerful, young women’s anthem.  Isolde Fair had the task of creating a song based on Hilary Clinton’s famous concession speech, by her music theory teacher Mary Ann Cumins at Sol-La Music Academy in Santa Monica, CA.

The focus was on the portion of Clinton’s speech dedicated to young women, “Never doubt that you are valuable”.  Fair did more than just that; her song moved Cumins to tears, inspiring the idea to include other female friends and classmates on the song accompanied by a string arrangement. Cumins reached out to her good friend, two time Oscar-winning filmmaker, Terry Sanders to make a video of the rehearsal and struck gold. The video has reached over 93,400 views so far, including the attention of Hilary Clinton herself, who responded with a tweet to her 13+ million followers, “Thanks to Isolde Fair & her classmates for this inspiring song. I’m with YOU”. The famous tweet received over 26k likes and 6k retweets. 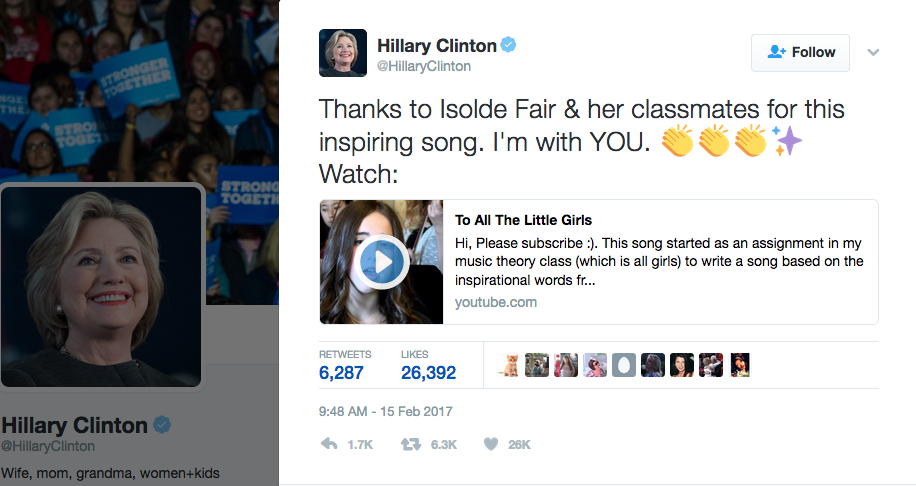 At age 13, Isolde Fair has been writing and performing music since she can remember.  She plays electric bass, has studied the violin for the past 8 years, and has played piano since she was a baby, thanks to her mother, Starr Parodi, who is an accomplished pianist and film/TV composer. Fair, who has been writing songs since she was nine, draws inspiration from every day living like school and her peers.  When it came to writing and composing “To All The Little Girls”, Fair says, “The melody came easily to me but the chords took a little while to write.  For most of the lyrics, I used the words from Hillary’s concession speech that my music theory teacher, Mary Ann Cummings, wanted the class to use. However, I wanted to have more than one verse, so I wrote some lyrics of my own for the second verse that were inspired by Clinton’s speech.”

The song has received rave reviews thanks in part to the successful video and for her performance with Sol-La Music Academy classmates at the famous The Leammle in Santa Monica, CA during their Leammle LIVE series which took place Feb 5.

Watch her video for “All The Little Girls” below, and be sure to subscribe here!