Home The 2019 She Rocks Showcase in Nashville

The 2019 She Rocks Showcase in Nashville 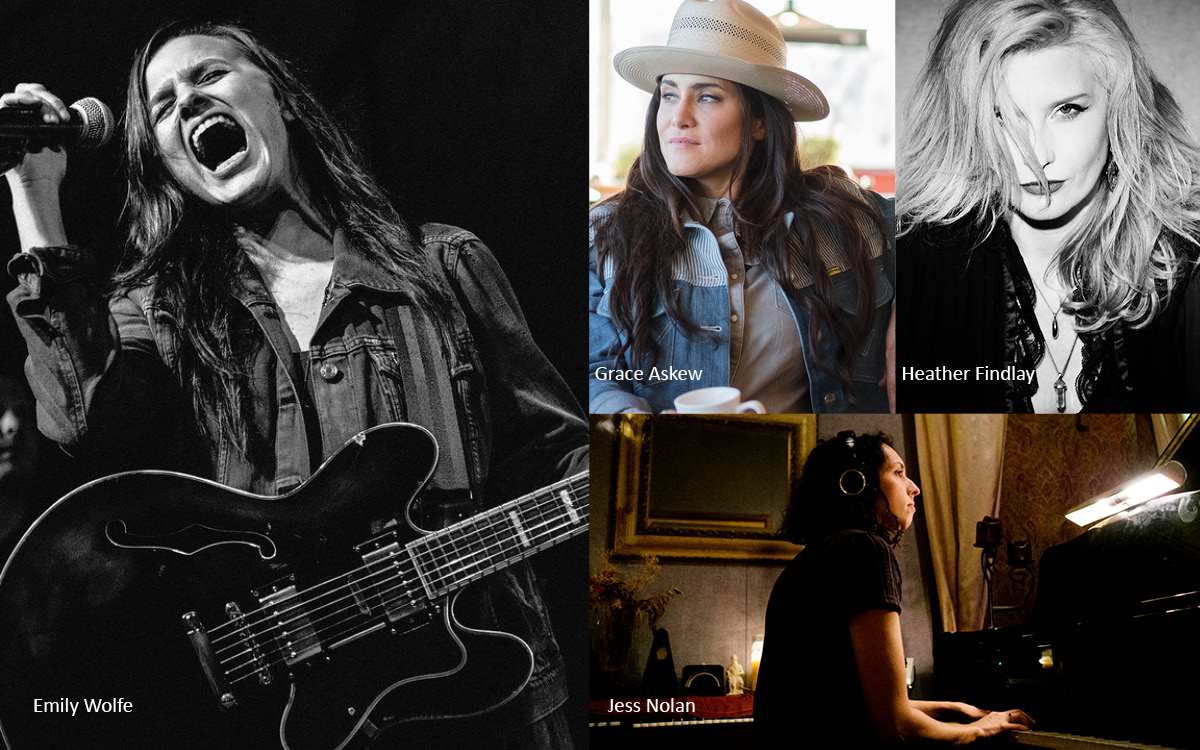 We’re super excited to be partnering with Marshall this year for our She Rocks Showcase during the Summer NAMM Show!

With seven studio albums and nearly a decade of touring under her belt, singer-songwriter Grace Askew is a favorite at festivals that cater to every musical taste. She has also supported legends like James McMurtry, Lisa Marie Presley, Marty Stuart, Leon Russell and more. After winning the John Lennon Songwriting contest, Askew appeared on PBS’ Sun Sessions and the fourth season of NBC’s The Voice. She’s also a spokesperson for Stetson, Wrangler, and Tecovas Boots.

Known for her magical, evocative voice and an ability to interpret and inhabit a range of styles with a mix of power and feeling, London native Heather Findlay has performed guest vocals with Ritchie Blackmore, Jethro Tull, Fish and many others. Her eclectic style can be heard on her new solo studio album, Wild White Horses, on Black Sand Records. It was produced by Thunder’s Luke Morley, who also co-wrote some of the material with her. In collaboration with Secret Projects, Heather also co-founded the She Rocks Secret Sari Dress campaign for the prevention of Human Trafficking.

New Jersey native Jess Nolan has been compared to strong female songwriters like Joni Mitchell and Carole King. A skilled keyboardist and powerful vocalist, Jess puts on a captivating live show with her band, full of energy and emotion. She currently resides in Nashville and was named Best Live R&B/Soul Performer at the 2017 Nashville Industry Music Association Awards. Her debut EP, Strike A Match, is available on Spotify and iTunes, and she’s currently recording her debut LP.

THE GUEST LIST FOR THIS EVENT IS NOW CLOSED.