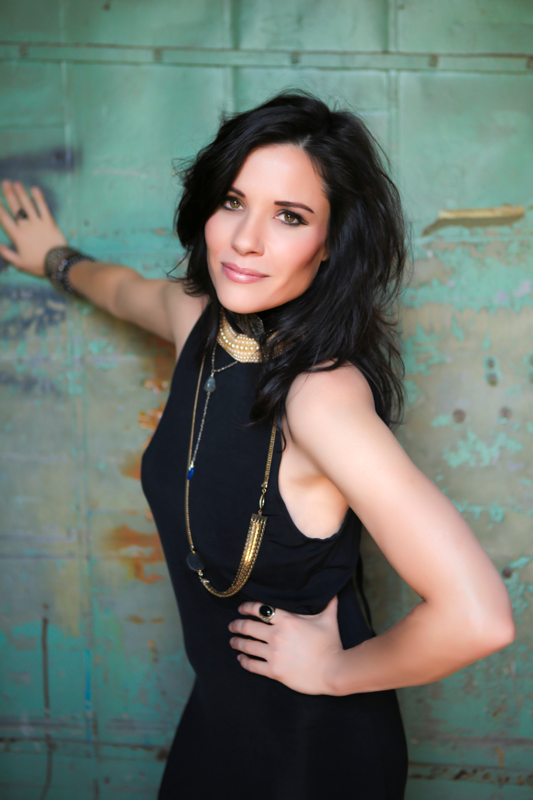 Sometimes, the greatest gifts are born from our lowest points in life. It’s often said that there can be no light without darkness. Songwriter Shannon McNally lives out these ideas with the amazing talent and strength displayed on her latest album, Black Irish.

The album concept began back in 2013 during personal struggles for McNally who experienced both a painful divorce, and having to care for her terminally ill mother all while raising her daughter, Maeve. She had difficulty writing and found solace in playing songs by artists she found inspiration from. It was when McNally connected with producer and Americana icon Rodney Crowell that the album began to take off.

McNally was raised in Long Island, NY and has lived in Los Angeles and even New Orleans, but makes her home in the Mississippi hill country. As an activist, she lives her life as the change she wishes to see in the world by bringing awareness to it. I reached out to her and learned more about this inspiring artist, mother, and activist.

To learn more about this inspiring woman and purchase Black Irish, visit her website: shannonmcnally.com

WiMN: When did you become interested in music and what led you to a career in this industry?

SM: My folks played a lot of music around the house. They weren’t musicians but they had a great record collection. So I’ve always listened to music closely. I got a guitar when I was twelve and discovered the blues. It didn’t occur to me to try to be a professional musician until I met and saw the band Los Lobos just after college. Something just clicked. I got signed shortly after that. 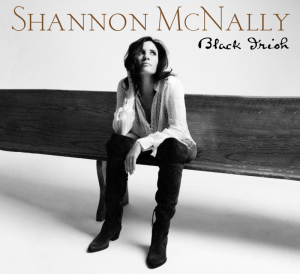 WiMN: Would you tell us a little more about your new album, Black Irish which is set to release June 9?

SM: Black Irish is my tenth album. It feels like with it, a lot of personal circles are completing. The phrase “Black Irish” means different things to different people. To me it conjures images of the Irish immigrants who left Ireland in droves for the new world of whom I am descended. They brought with them the verse/chorus song structure and story telling traditions that we associate with folk and country music as well as the blues. When that was mixed with African rhythms it made that incredible art form known as rock and roll. As an artist I feel tied to both the future and and the past. I try to draw from both in the present.

WiMN: Do you have a song that really stands out to you from this new album?

SM: ”Banshee Moan” is about the power of the subconscious female voice waiting to know itself fully. Everyday we get closer to it. When it blows it will change our collective consciousness for the better. Right now our culture is still dreadfully afraid of female power because it’s misunderstood. As humans begin to be truly honest with themselves on a deep primal level beyond fear (of women) we will know peace.

SM: Well, I’ve played clubs where the green room was actually the men’s room (yes, a bathroom with urinals on the wall and everything). It was as though it never occurred to anyone that there might be a woman in the band, and if it did occur to them, they didn’t give a damn. It has felt to me many times that the industry (like many industries) has so over looked our existence that I wondered if in fact I was invisible.

Male-centered society has felt nearly impenetrable to me most of my life. The challenge for me has been to find myself as an adult woman with very few role models. Being a woman can be a challenge to camaraderie with other artists. As I get older the subtleties of being a straight female artist with a strong streak of male energy gets easier to manage but it takes a long time and a super human determination to stay in the ring sometimes. It also helps to stop caring who likes it and who doesn’t.

WiMN: Tell us more about your role as an activist and any current projects you have in the works.

SM: Being an activist is as much about embodying the change you want to see in the world as it is being politically active. I do both. I try to bring my whole spirit, sense of right and wrong, sense of truth and humor, poetry, sensuality, my sense of song and history to the stage with me. It’s a tall order that I’m still working on. I don’t think of saying my truth as a kind of conflict. I don’t like conflict so I try to approach subjects from a common beginning and humor.

The top of my list right now is bringing people’s awareness to the planet as a living and sacred organism. Of utmost importance to me as well, is the idea that women and only women should have control of their own bodies. Motherhood is highly misunderstood to be something more like a simple vessel when looked at through a patriarchal lens. Having been pregnant I assure you that mother and child are a single being for an incalculable length of time and that forced pregnancies and forced abortions are equally cruel and wrong.

WiMN: Describe a day in the life of Shannon McNally.

SM: I spend as much time as possible being still, being quiet and being grateful. I am very sensitive to noise, smells, visual order and energy. As such, taking care of myself and my child by eating clean and getting good sleep take up a good bit of my day. Waiting for songs to strike, feeding my soul with good music and putting my hands in the garden dirt are my hobbies.

WiMN: What are some positive changes you aspire to make in the industry?

SM: I would like to see more humor on stage. I would also like to see the words “content provider” be replaced with “artist.” Art is not “content.” To be reduced to content or filler is degrading and demoralizing. The system is backwards.

WiMN: How many instruments can you play?

SM: I play guitar and sing as well as little bit of violin and even less piano.

WiMN: Let’s wrap up with one of your favorite quotes…

SM: “There’s two kinds of music; the blues and zippity do dah.”

Below, watch the video for “Banshee Moan.”