TRUSTFALL due out February 17, 2023 with pre-order available now. 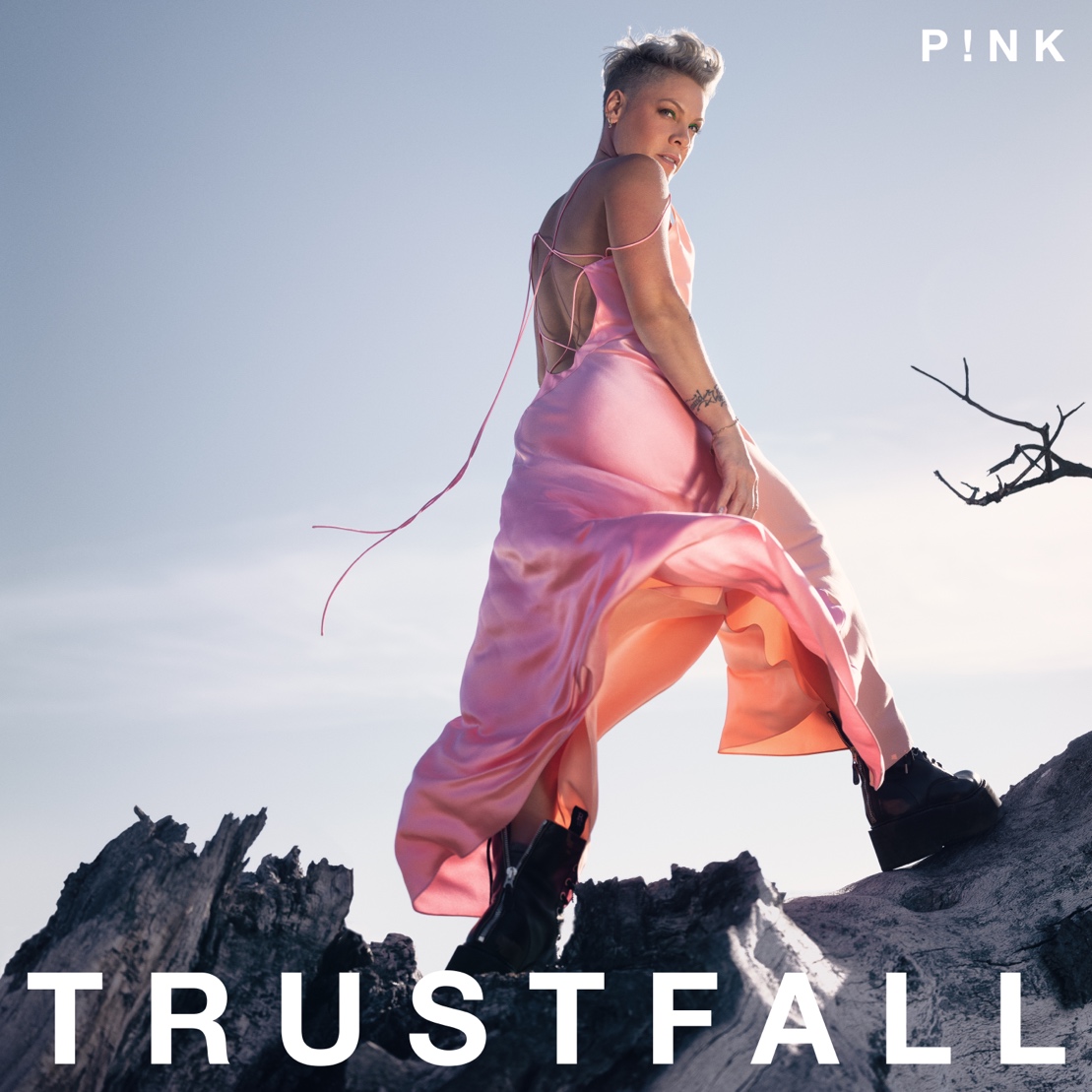 Her first studio album since 2019’s Hurts 2B Human, TRUSTFALL marks an exciting return to music from the celebrated artist. P!NK shared the first single off the album earlier this month with the release of “Never Gonna Not Dance Again,” a vibrant pop single produced by GRAMMY-winning hitmakers Max Martin and Shellback, who also co-wrote the song with P!NK. She premiered a special performance of “Never Gonna Not Dance Again,” along with a moving tribute performance to the late Olivia Newton-John at the 2022 American Music Awards in November.

The announcement of TRUSTFALL follows the news of P!NK’s return to the road next year with the Summer Carnival 2023 Tour. Kicking off the North American leg starting in Toronto, ON on July 24, 2023, the Summer Carnival Tour will see P!NK performing at stadiums across North America, joined by Brandi Carlile and Pat Benatar & Neil Giraldo on select dates, with Grouplove and KidCutUp supporting on all dates. Tickets are on sale now through LiveNation.com, and full dates are listed below.

Since her debut in 2000, P!NK has released 8 studio albums, 1 greatest hits album, sold over 60 million albums equivalents worldwide, 15 singles in the top 10 on the Billboard Hot 100 chart (four at #1) and has sold out arenas all over the world. In addition, she is the recipient of three Grammy Awards (twenty-one nominations), one Daytime Emmy Award, seven MTV Video Music Awards including the 2017 Vanguard Award recipient, two MTV Europe Awards, two People’s Choice Awards, was named Billboard’s Woman of the Year in 2013, and received The Brits Outstanding Contribution To Music Award in 2019 (the first international artist to receive this honor.) Also in 2019 she received her star on the Hollywood Walk of Fame. Most recently, in 2021 P!NK was Billboard Music Award’s Icon Recipient.

Her last studio effort Hurts 2B Human marked her third consecutive album to debut at #1 on the Billboard 200 Chart as well as debuted at #1 in 8 other countries. The first single, “Walk Me Home” marks P!NK 10th #1 on Billboard’s Adult Pop Airplay chart and extends her record for the most at this format across all solo acts. The track along with “Can We Pretend” scored P!NK her 6th and 7th #1 on Billboard’s Dance Club Songs Chart. At the end of 2019, P!NK wrapped her highly acclaimed Beautiful Trauma World Tour where she played over 156 shows in 18 countries ultimately selling over 3 million tickets worldwide. The tour is the 10th highest grossing tour in Billboard’s Boxscore history, the biggest tour for a woman in over a decade, and she received Billboard’s Legend of Live Award in November 2019.

In 2021, P!NK released “Cover Me In Sunshine”, a duet with her daughter Willow Sage Hart. Also in 2021, her documentary P!NK: All I Know So Far was released to critical acclaim on Amazon Prime Video as well as her live music project All I Know So Far: Setlist.

P!NK is a huge supporter of various charities, including: No Kid Hungry, Make-a-Wish Foundation, Planned Parenthood, REVERB, Autism Speaks and Human Rights Campaign, and she is an ambassador for UNICEF USA.