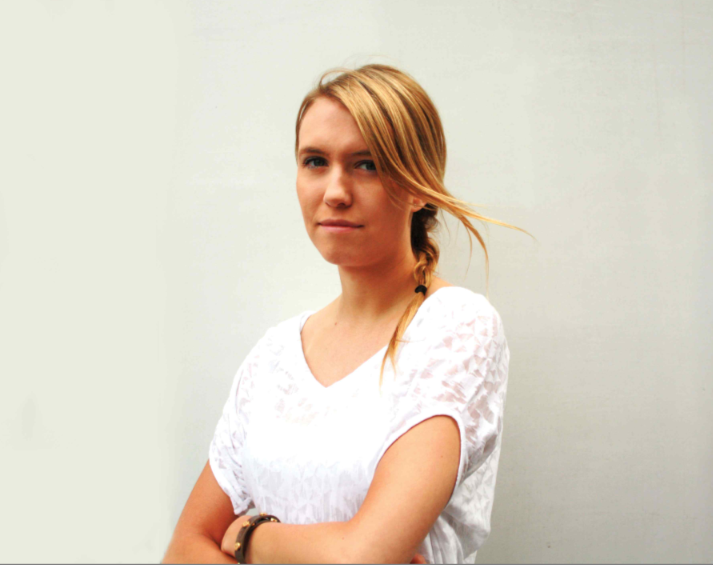 Katie Kailus is a wordsmith powerhouse serving as the managing editor for one of the musical instrument industry’s most renowned trade publications, Music Inc.

But she does not only conjure words; she writes cover stories, feature stories, edits the entire magazine, manages web content and executes editorial planning. She also attends the National Association of Music Merchants (NAMM) trade show every year, and dominates it with an indomitable spirit.

In short, she tells some of the most exciting stories of the musical instruments industry by means of a prestigious publication.

WiMN: How did you get started in the musical instruments industry?

KK: I was in college taking a jazz studies class when I first found out about Downbeat Magazine, Music Inc.’s sister publication. I thought it would be a fun place to work at, so I applied for an internship, got it, and have been here ever since.

WiMN: What essentially do you do as the managing editor for Music Inc.?

KK: I do a little bit of everything. I write cover stories and feature stories as well as edit the entire magazine alongside my associate editor. I work on our web content and plan out what is going to be included in each issue.

WiMN: You’ve been with Music Inc. for nearly four years. What are some of your most memorable interviews?

KK: There have been so many! I remember my first cover story was on Lacefield Music, a series of piano stores in the St. Louis area. It’s family-run and they are a very dynamic bunch which made for a fun first cover story interview. Also, my most recent cover was on Ted Brown Music. Talk about two women in the M.I. industry that are doing things right. Stephanie Brown Howe and Whitney Brown Grisaffi were so fun to chat with, and they are running an awesome and successful operation.

WiMN: During NAMM, you perform double duty and not only write for Music Inc., but also UpBeat Daily. How do you manage that?

KK: It’s a lot of work for sure, but we pace ourselves and try to use every minute of the four days that we can. And coffee. Lots of coffee.

WiMN: NAMM 2014 marked your 7th NAMM show. Have you seen any progress as it relates to equality for women in our industry? Trends?

KK: Yes and no. There have been a lot of women lately that I think have “broken the glass ceiling” so to speak (as much as I hate that phrase). Gayle Beacock owner of Beacock Music, which was named Dealer of the Year last year by NAMM, and Robin Walenta of West Music are two that come to mind. They are two successful leaders for everyone in the M.I. industry to look up to. Since I’ve only been in the industry for about five years, it’s hard for me to say, but right now a large majority of Music Inc.’s staff is made up of women. That’s a first for us, and, I think, a sign of things to come for the industry as a whole.

WiMN: In your professional career in the M.I. industry, has your ability as a journalist been undermined for being a young woman? How did you deal with it?

KK: Unfortunately,yes. While most people in the industry are able to professionally conduct business with a young, established woman, I’ve still experienced a few who are not. I cannot wait for the day when a woman can do her job without being talk-down to or objectified. The more women that make their voice heard in this industry, the better.

WiMN: As the editor for a respected M.I. trades publication, what change do you hope to inspire as it relates to women in our industry?

KK: Women are still a minority in the M.I. industry. I hope that with some of the pieces that we run in Music Inc. we can inspire more women to step up into leadership roles and make their voices heard.

You hear a lot of people say that the M.I. industry is “an old boys club,” but I think of the music industry as a whole. Quite a few of the top artists of all time have been women. The same can be true here, too.

At Music Inc., we’ve always prided ourselves on writing “for progressive music retailers.” I hope that by some of the stories we run and by adding a few more female columnists we can inspire more and more women to step up.

WiMN: Now let’s talk about more playful stuff! Do you play an instrument?

KK: When I was 15 I literally wanted to be Michelle Branch. She inspired me to pick up the acoustic guitar, and I have been playing as a hobby ever since.

WiMN: What has been the weirdest thing you’ve seen at a NAMM show?

KK: I have seen many, many weird things. Probably the strangest was last show when I saw a dog dressed up in a sequin jumpsuit like Elvis. I didn’t think dogs were even allowed in.

This quote always reminds me that while something might not have gone right today, tomorrow is a new day. And as long as you still have that “fight” in you, you can try again tomorrow.