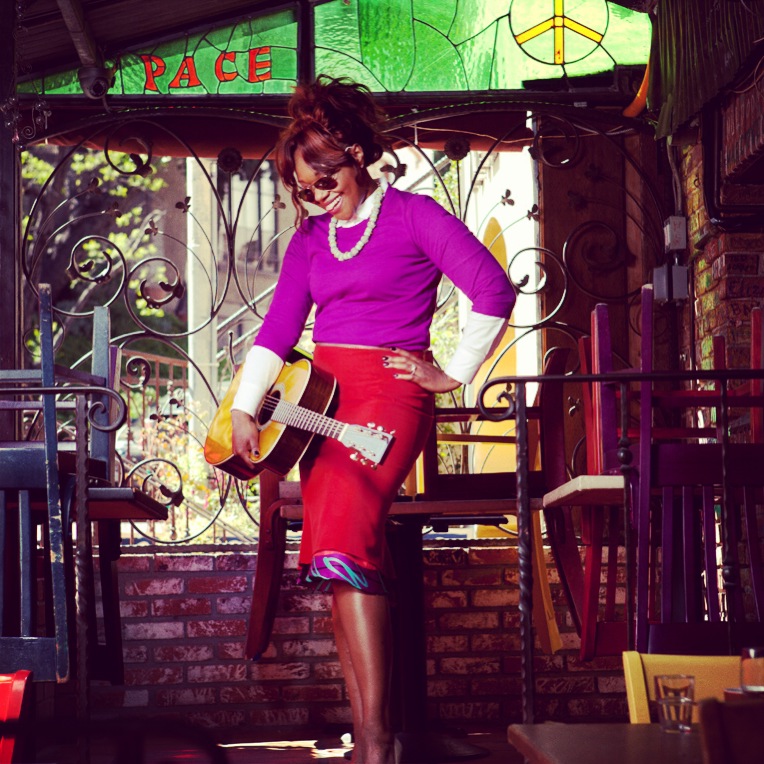 As the 2015 She Rocks Awards draws near, we are thrilled to share interviews featuring this year’s amazing honorees. First up is Martin Guitar’s Vice President of Brand Marketing, the wonderful Amani Duncan.

Recognized by her peers as one of the most dynamic marketing executives in the music business, Duncan’s drive and dedication is nothing short of inspiring, and her impressive career in the music industry is proof of this.

A 17 year industry veteran, Duncan’s experience runs the gamut from artist relations to visual marketing, digital and social media, campaign creation and strategic partnership negotiations. In addition to her work with C.F. Martin & Co., she has held positions at some of the most iconic companies in the music industry including Bad Boy Worldwide Entertainment Group, Capitol Music Group, Virgin Records and Island Def Jam Music Group.

Born and raised in Los Angeles, Duncan also serves as a Board of Director member for the ADC Global.

For more, visit www.martinguitar.com. The 2015 She Rocks Awards takes place Friday, January 23 at the NAMM Show in Anaheim, CA. Tickets are on sale now!

WiMN: What attracted you to the music industry early on?

AD: Curiosity. As a youngster, I grew up believing I was destined professionally to become an attorney. So I stayed the course, worked hard and did everything I was supposed to do to make my destiny a reality. I graduated with a BA in Political Science, interned at law firms and was just about to enter law school when I had my “aha” moment. For the first time in my life, I realized I didn’t want a career in law. Surprise! Ok.. now what am I supposed to do?

I grew up in a musical household. My dad played piano, guitar, flute, and bass guitar. My mom played a 00 size Martin guitar. My sister played violin. I still play the piano. We could have started the “Duncan Jam Band.” Music was a staple in my household. It provided the creative outlet I needed to balance my “type A” drive and personality.

I remember grabbing the yellow pages directory, flipped to “record company,” saw a listing for Def Jam Records (LA-based office) and without hesitation, dialed the number. The Vice President of Artist & Repertoire (AR) just happened to answer the phone and when I hung up, I had secured an internship and started work the following day. Three months later, Def Jam relocated me to their New York-based headquarters as the Promotions Manager.

I’ve had tenure at Def Jam, Island Def Jam, Virgin Records and Capital Music Group. I started off as an intern and departed the recorded music industry 17 years later as the SVP, Pop/Rock Marketing. It’s been a thrilling journey.

WiMN: One of your previous positions was as Chief Marketing Officer of Bad Boy Worldwide Entertainment Group, a job you’ve called one of the most exciting of your career. Why?

AD: To work for a multi-media juggernaut like Sean “Diddy” Combs can’t be anything but exciting! As the Chief Marketing Officer, I oversaw the marketing and strategy for all of his brands — fragrance (Estee Lauder), spirits (Ciroc/Diageo), TV/Film (Get Him to the Greek), recorded music (Atlantic and Interscope Records), public relations (6 agencies), charity work (Malaria No More) and clothing (Sean John).

Every day presented new opportunities and new challenges. Sean plays to win and creates a stimulating environment where the impossible must be viewed as possible. Creative solution-thinking and problem solving is expected. Your point of view will be challenged often and you must be prepared to defend your work. You learn quickly that you are playing for the Yankees, so you must bring your best game to the field or simply don’t bother pulling up in the parking lot. When asked by colleagues if I had to do it over again exactly the same way, would I? Surprisingly, for them, my answer is always “YES.”

WiMN: How does your experience of working with record labels play into your current role with Martin?

AD: As the oldest American guitar manufacturer in America, Martin Guitar has a rich history of legendary and current musicians that have fallen madly in love with our guitars. The list of famous players could go on for many pages, but includes music’s greats such as Gene Autry, Hank Williams, Bob Dylan, Neil Young, Willie Nelson, Eric Clapton, John Mayer, Sting, and Crosby, Stills and Nash.

When I started at Martin, I wanted to create an artist endorsement program (called the Martin Ambassador program). I modeled the program’s requirements after what I know artists are used to doing promotionally for their record company and record releases. I also believe, from working in the recorded music business for 17 years, I have a keen ability to identify career artists. So we are more open to bringing on board new artists who are just starting out. We secured Warner Nashville recording artist Hunter Hayes very early in his career and look at him now!

Over the past three years, we have brought on board today’s hottest singer/songwriters here in the U.S. and internationally – The Avett Brothers, Ed Sheeran, Jason Isbell, The Milk Carton Kids, Dierks Bentley, Hunter Hayes, Thomas Rhett, City and Colour, Of Monsters and Men, James Valentine of Maroon 5, Weezer and Ben Howard, to name a few. You can find out more at http://www.martinguitar.com/players/martin-ambassadors/.

I also have an amazing Artist Relations team that believes in the program and understands how to effectively grow it. Our artists feel that joining the Martin Ambassador program is like joining a family and they take it as seriously as we do. I mean, you can’t just let anybody into your family.

WiMN: Can you tell us about any projects you are currently working on at Martin?

AD: One of our marketing goals is to continue to be a ubiquitous lifestyle brand. We are constantly exploring and securing strategic partnerships with brands that are aligned with who we are and where we want to go. We are involved with hotels, musicals, fashion luxury brands, museums, movies, and various consumer good brands. Nothing is off the table and all ideas are seriously considered and debated. Hearing people say “Martin guitars are everywhere in today’s popular culture” validates the work we are currently engaged in and simply puts a huge smile on my face.

AD: I’ve had my fair share of challenges. But I am proud of those challenges because they have shaped the person I am today. “Be bold and the mighty forces will come to your aid” is one of many life mottos that continue to inspire and motivate me.

In my career, I’ve broken ground in uncharted territories and I believe I have helped paved the way for others that may have chosen a similar path. Early on in my career, I can recall a time when I questioned my manager as to why I was compensated less than my counterpart for doing the exact same job but with a bigger artist roster responsibility. I was told it was different because my colleague worked the rock/pop roster. This conversation became the catalyst for me taking over the responsibility for the entire artist roster — pop, rock, hip hop, R&B. At that time, I was only one of three African Americans in the music business — and the only woman — in my position that was responsible for the management of the entire roster at a major record label in my division.

AD: Meeting new and dynamic people and of course celebrating with the 2015 honorees!