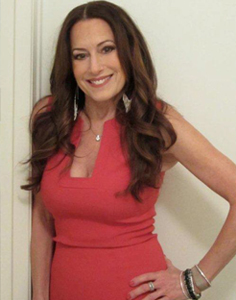 This week, we’re thrilled to introduce another She Rocks Awards honoree and a true legend of the LA recording world: Paula Salvatore.

As Senior Director and Manager of Capitol Studios for the last 24 years, and currently as the Vice President/Studios, Salvatore has been an integral part of recordings for some of the industry’s most iconic artists.

Many successful engineers have come up through the ranks under her guidance, and Salvatore’s commitment and loyalty has earned her the respect of her renowned clientele.

Musician, producer and now director, Dave Grohl of the Foo Fighters and once drummer for Nirvana, released his critically acclaimed documentary, Sound City, in which Salvatore is featured. She also co-wrote and performed the end title theme, entitled “Sound City.”

Get to know Salvatore below and find out more at capitolstudios.com. We are thrilled to spotlight her along with our other She Rocks Awards honorees on Friday, January 23rd at the NAMM Show. Purchase tickets and find out more here!

WiMN: Can you tell us about one or two of the most memorable sessions you have been a part of?

PS: Phil Ramone produced the Duets I & II sessions with Frank Sinatra here in 1993. It was a thrill to experience these classic arrangements being recorded by the legendary man himself. The real deal! Another favorite was Sir Paul McCartney with the “Live Kisses” iTunes Live Concert along with the Kisses On The Bottom recordings.

WiMN: What lessons have you learned being surrounded by such talented artists, engineers and producers?

PS: Humility is the most attractive attribute. The greatest artists are truly the most humble. When artists are in their creative surroundings, they are more at ease, so you can develop special, long-lasting associations and friendships.

WiMN: In your eyes, how has the studio business changed over the years? What are some of the positive or negative aspects to running a studio in 2014?

PS: Budgets of course have affected the amount of studio time booked for projects. Pro tools and efficient home recording facilities have enabled artists to work longer hours/days and maintain limited budgets. Mixing projects are a challenge to book.

Despite these challenges, being a part of Capitol Music Group puts us in a unique place to serve the company and its artists. Capitol Studios is able to book tracking and orchestra sessions since we can provide an economical alternative to large scoring stages. Also, Capitol offers both vintage and state-of-the-art technology for artists.

WiMN: Can you tell us about the experience of being involved in Dave Grohl’s Sound City documentary?

PS: It was such a career and personal highlight in my life. To have the opportunity to be featured along with such legendary artists and peers in a documentary was an amazing experience. It’s a privilege and a bit whimsical to be a part of this musical history.

WiMN: Who are some of your female heroes of the music industry?

PS: I was inspired by artists like Bonnie Raitt, Joni Mitchell and Rita Coolidge. Rose Mann Cherney, a leader in the recording studio world, has inspired and mentored me over the years and has been a fine friend. Althea Mathis believed in me and gave me my first job in the recording business.

PS: Always stay positive and helpful to others while pursuing your dreams. Learn patience, humility and be ready and encouraged to learn from others. Give yourself time to grow your career in the musical community. As a woman you must maintain a higher integrity on matters of discretion, competition and respect.

PS: Sharing this prestigious award with all the other remarkable woman of the She Rocks 2015 celebration. Also having the opportunity to be recognized as someone who can be of service and inspiration to other women in this wonderful community.