Adrian Conner, the lead guitarist for the all-female AC/DC tribute band Hell’s Belles, is gearing up to release her eighth studio album next month titled Hush!. Hush! is a fully acoustic album, which is a first for electric shredder Conner.

The Austin rocker is a seasoned pro, having traveled and toured all over (including opening for Brody Dalle last year in San Francisco), playing music and letting her guitar skills flex. Now it is time to move into a realm in which she feels more exposed – the acoustic world.

As Conner recently told Austin.com, “there are no effects on an acoustic guitar… I’m totally naked and have to be more technically proficient. But on the flip side, I can hear my voice more than ever.”

Conner is excited to release Hush! to the public because she wanted to create an album that her and her band could perform at any and every venue. The album has no fixed genre, with musical stylings of blues, rock, indie, folk, and alternative. Her newest effort covers acoustic versions of her own previous works and new material, as well as acoustic takes on rock classics such as Led Zeplin’s “Bron-Y-Aur Stomp.”

Although she’s surpassed her goal, her fundraising page on Pledge Music is still open for another 29 days until the release. The extra money will go toward the promotion of Hush! and different donations allot to various exclusive items for fans. Stay “in the know” with Conner at www.adrianconner.com and keep an ear out for Hush!, her rad new album due this September. 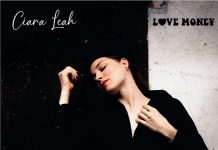 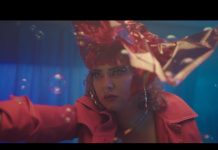