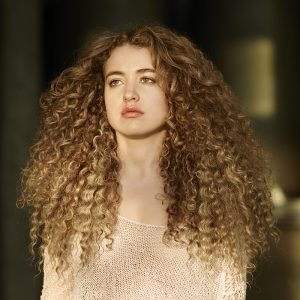 Singer/songwriter Australian-born, LA-based Tal Wilkenfeld has been recognized as a bass guitar virtuoso who’s played and recorded with some of rock’s greats, including Jeff Beck, Mick Jagger, Prince, Herbie Hancock and the Allman Brothers. These experiences prepared her to shine as an artist in her own right, and in 2019, the critically-acclaimed bassist broke into new territory with her album Love Remains.  Debuting in the #1 spot on Billboard’s Heatseekers chart, the album also reveals her as a talented songwriter and expressive vocalist. Her songs reflect both her personal experiences and her time spent out on the road, offering a perfect blend of instrumental and vocal prowess, along with masterful songwriting chops. 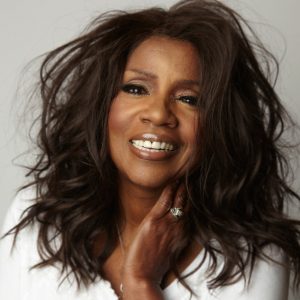 A GRAMMY Award-winning artist with hit songs in each of the past four decades – including her smash hit “I Will Survive” – Gloria Gaynor is also a 2012 GRAMMY Hall of Fame Inductee and World Music Awards “LEGEND Award” recipient. Gloria continues to share her joy and vision with fans around the world, from live tour dates in Europe with a 10-piece band, to new recordings. Her recent work in Nashville with 4x GRAMMY winner Christopher Stevens, 2x GRAMMY winner Shannon Sanders, Yolanda Adams, Bart Millard (MercyMe), Mike Farris, and Jason Crabb has delivered TESTIMONY. The album has received rave reviews from Rolling Stone, Billboard, The TODAY Show and more! TESTIMONY debuted Top 5 in the BILLBOARD Top Gospel Albums Chart, Top 3 on the iTunes Gospel Chart and Top 20 on Amazon’S Overall Album Chart. 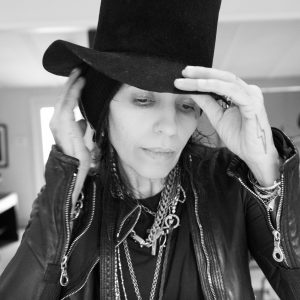 Linda Perry epitomizes what it means to be successful as an uncompromising and independent musician. Beginning her musical journey as the lead singer of 4 Non Blondes, Linda has had a profound impact on pop culture through her work as a producer and songwriter. Her influence on female empowerment helped shape the sounds of musicians such as P!nk, Christina Aguilera, Alicia Keys, Britney Spears, and Adele. Linda was inducted into the Songwriter’s Hall of Fame in 2015. Most recently, she was nominated for a 2019 Grammy award for Producer of the Year, making her the first woman in 15 years to be nominated in the category. In addition, Linda was nominated for a 2019 Golden Globe Award and Critics Choice Award for her work on “Girl In the Movies,” a track she co-wrote with Dolly Parton for the Netflix film Dumplin’.   Linda is also the co-founder of We Are Hear, a combination record label, publishing house, management company and production entity she launched with multi-platinum producer Kerry Brown in 2017. 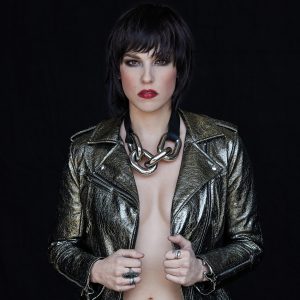 Since their inception in 1997, GRAMMY Award-winning, platinum rock band Halestorm have toured the world extensively with a diverse variety of artists, and most recently, scored a 2019 GRAMMY nomination for “Best Rock Performance.” At the heart of the band is lead vocalist and guitarist Lzzy Hale, who was named Loudwire’s “2018 Rock Artist of the Year. Lzzy’s voice echoes throughout popular culture at large. She has been a pioneer in rock who has proven that women have a place on the stage, inspiring her audience to realize they too have the power to carve out their own path. The band’s current album, Vicious, solidifies everything Lzzy and the band stand for, namely empowerment – an ideal that the musicians have encouraged for years. Through their music, Halestorm continues to inspire other musicians, particularly female musicians who want to brave the challenges of the music industry. 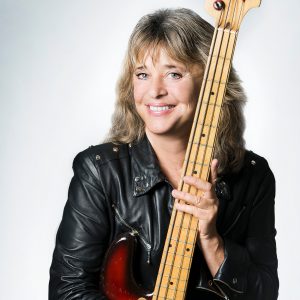 After studying classical piano and percussion, Suzi Quatro switched to bass guitar and vocals at age 14 and never looked back. Her journey to fame began in England, where her first hit went to Number 1 in 1973, and sold 2.5 million copies worldwide. Within a few years, she was featured on the British charts more than 100 times, and to date has sold over 55 million records globally. In the late ‘70s, Suzi played Leather Tuscadero on the hit TV series Happy Days for three seasons, which led to hosting her own TV talk show and continuous tours, including Russia! Since 1999, Suzi has also had a DJ career with BBC radio 2. In the past decade, she released several albums (including 2019’s No Control), toured Aus tralia 37 times, wrote a novel, her autobiography and a poetry book, and was given an honorary Doctorate of Music by Cambridge University. A 2019 documentary entitled Suzi Q features interviews with other pioneering women in music, and celebrates Suzi’s five-decade career.  Next up: a movie of her life. 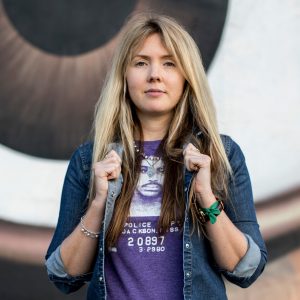 Pioneering singer-songwriter Beatie Wolfe is an artist who has beamed her music into space, been appointed a UN role model for innovation and held an acclaimed solo exhibition at London’s V&A Museum. Named by WIRED as one of “22 people changing the world,” Beatie Wolfe is at the forefront of pioneering new formats for music that bridge the physical and digital. They include: a 3D vinyl for the palm of your hand; a wearable record jacket – cut by Bowie/Hendrix’s tailor out of fabric woven with Wolfe’s music – and most recently the world’s first live 360 AR stream from the quietest room on earth. Wolfe is also the co-founder of a “profound” (The Times) research project looking at the power of music for people living with dementia. 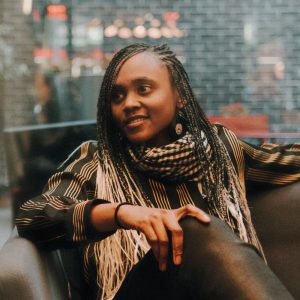 Forbes Magazine 30 Under 30 nominee, Ebonie Smith is an award-winning music producer, audio engineer and singer-songwriter based in New York City. Ebonie is also the founder and president of Gender Amplified, Inc., a nonprofit organization that celebrates and supports women and girls in music production. Ebonie holds a master’s degree in music technology from New York University and an undergraduate degree from Barnard College, Columbia University. She currently works as an audio engineer and producer for Atlantic Records. 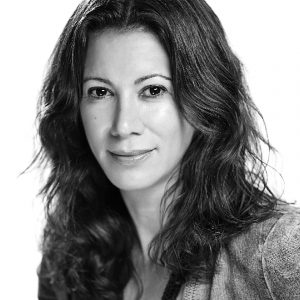 Suzanne D’Addario Brouder is a 4th generation family member of D’Addario and Company, the well-known manufacturer of instrument accessories. For the past eight years, she’s served as executive director of the D’Addario Foundation, a not-for-profit that identifies high quality instrument instruction programs in communities of need and awards grants and product donations to assist their growth. Suzanne has significantly increased the visibility and range of their work, overseeing both fundraising and programming efforts to support more than 200 music instruction programs annually. She established the Foundation’s award-winning direct service program that provides under-privileged students with free stringed instrument instruction, launched the Girls in Music Initiative to inspire the development of dynamic music programming for young women, and created the D’Addario Foundation College Scholarship program. She is the recipient of the Music and Sound Retailer Community Service award for six years in a row. 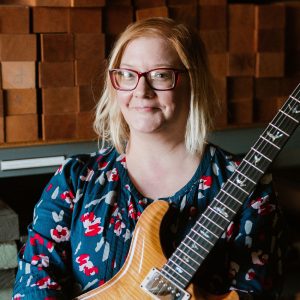 Judy Schaefer is the Director of Marketing for Maryland-based PRS Guitars. She is also, fittingly, a lover of all music – from punk to the blues. Having applied the principles of hard work and common sense, along with her life-long love of music, Judy worked her way up from receptionist to her current role at PRS, where her team currently oversees all Marketing in house as PRS strives to grow while maintaining their soul and character. “I am so grateful to work in a time, an industry, and at a company that is changing the narrative around gender, sex, and status,” she reflects. Judy is thankful for the role models she has had and continuously strives to support other women working in the music products space. 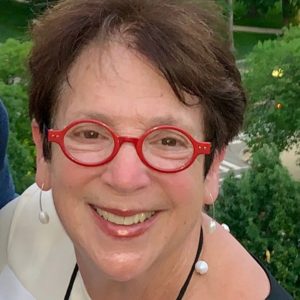 Hailing from the Washington, DC area, Myrna Sislen is a classical guitarist, writer, educator, entrepreneur, philanthropist, and for more than 17 years, has also been the owner of Middle C Music. After majoring in classical guitar performance, she enjoyed a concert career that spanned 30 years. With debut recitals at the Kennedy Center and Carnegie Recital Hall, Myrna’s career took her to Europe, Scandinavia, Central America, Brazil and Ecuador. She was also an Associate Professor of Music at George Washington University for 29 years, and wrote eight books of guitar arrangements. In 2002, Myrna bought Middle C Music and turned a badly failing business into a Washington, DC destination that has been honored three times by the DC City Council. She also served on the NAMM Board of Directors from 2016-2019. 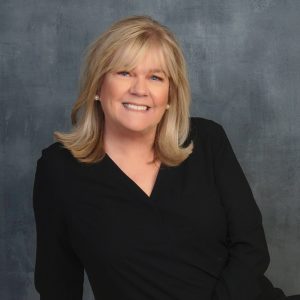 Tara Low has always been passionate about music, having played violin and cello, and as a touring dancer in her early years. Upon discovering that women rarely played the instruments typically used in popular music and were often overlooked or treated with indifference in the guitar retail industry, she paired her musical interest with an entrepreneurial spirit to create Guitar It Up for Girls, an online retail store that sold guitars and accessories for women. Out of that venture came her long-standing print and digital publication, Guitar Girl Magazine, which shares the latest and greatest news on everything rock n’ roll a female guitarist of any age wants to know. Also a contributor to programs catering to female guitarists, Tara’s goal is to instill music appreciation and encourage all women to be all they can be. 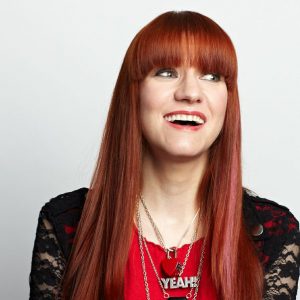 Lyndsey Parker Lyndsey Parker is the music editor at Yahoo Entertainment and co-host of the daily SiriusXM Volume show Volume West. Considered an expert in music and pop culture, Parker is an Online Journalism Award nominee and has written for Elle, MOJO, Rolling Stone, NME, and Guitar.She has appeared as a commentator for the ABC special The Show Must Go On: The Queen + Adam Lambert Story, AXS TV’s The Top Ten Revealed, and the documentary I Want My MTV, as well as for VH1’s Behind the Music, CNN, MTV, The Insider, and Good Day L.A.. She is the author of Careless Memories of Strange Behavior: My Notorious Life as a Duran Duran Fan (one of the first e-books published as part of Rhino Records’ all-digital music book series, which went to #1 on the iTunes Music Books chart), and is currently co-authoring the memoir of legendary groupie Mercy Fontenot, a former member of the GTOs. 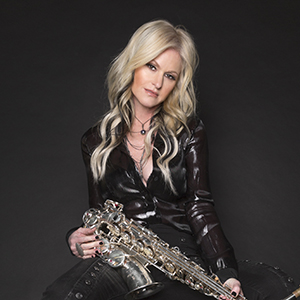 Highly sought-after saxophonist/vocalist and two-time GRAMMY nominee Mindi Abair has been electrifying audiences around the world since her debut album in 2000, flawlessly bringing together saxophone, vocals, and a dynamic stage presence. She has garnered ten #1 radio hits, six Top 5 solo records and two #1 spots on the Billboard album charts. Mindi has toured and recorded with: Aerosmith, Duran Duran, Smokey Robinson, Gregg Allman, Booker T. Jones, Trombone Shorty and more. Mindi also authored the book How To Play Madison Square Garden – A Guide to Stage Performance and served as a National Trustee for The Recording Academy. In 2019, she and her band, The Boneshakers, released No Good Deed, a hard-hitting blues rock album. In 2019 Mindi  launched Reserve Tastings Wine Company, which is the first wine + music club featuring exclusive wines paired with perfectly curated music playlists, label art and branded wine + music festivals. She also has a signature saxophone mouthpiece with Theo Wanne. 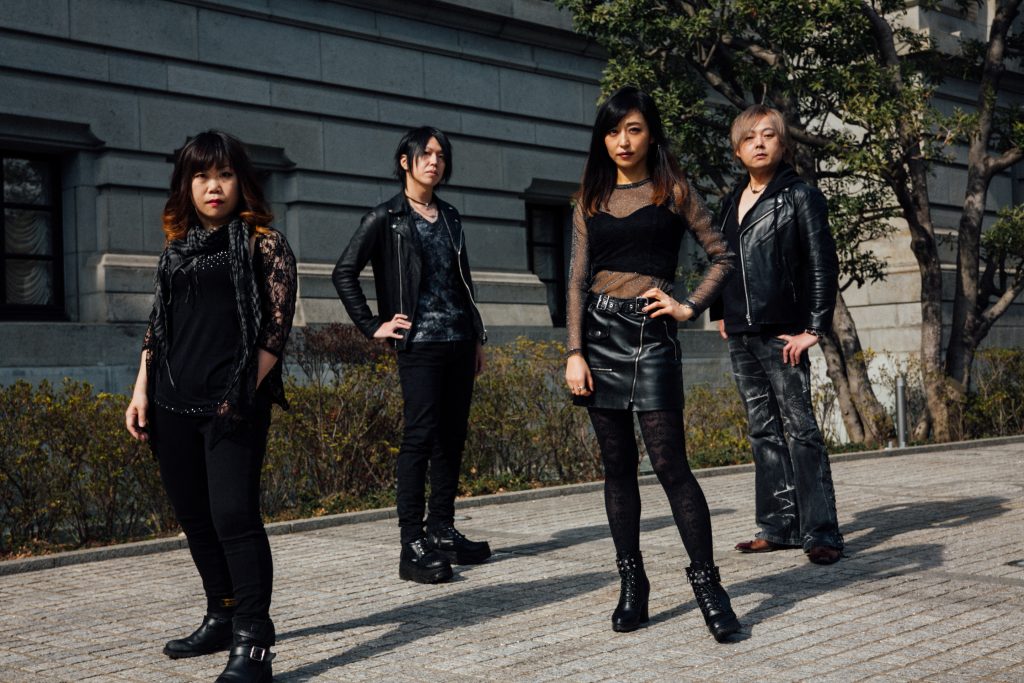 Japanese quartet D_Drive plays high energy, instrumental rock music with a combination of jaw-dropping guitars and a fireball rhythm section to deliver a unique sound. Featuring Seiji and Yuki on guitar, Toshi on bass and Chiiko on drums, the band self-released a series of albums in Japan before signing to Marshall Records and releasing their worldwide debut album, Maximum Impact.