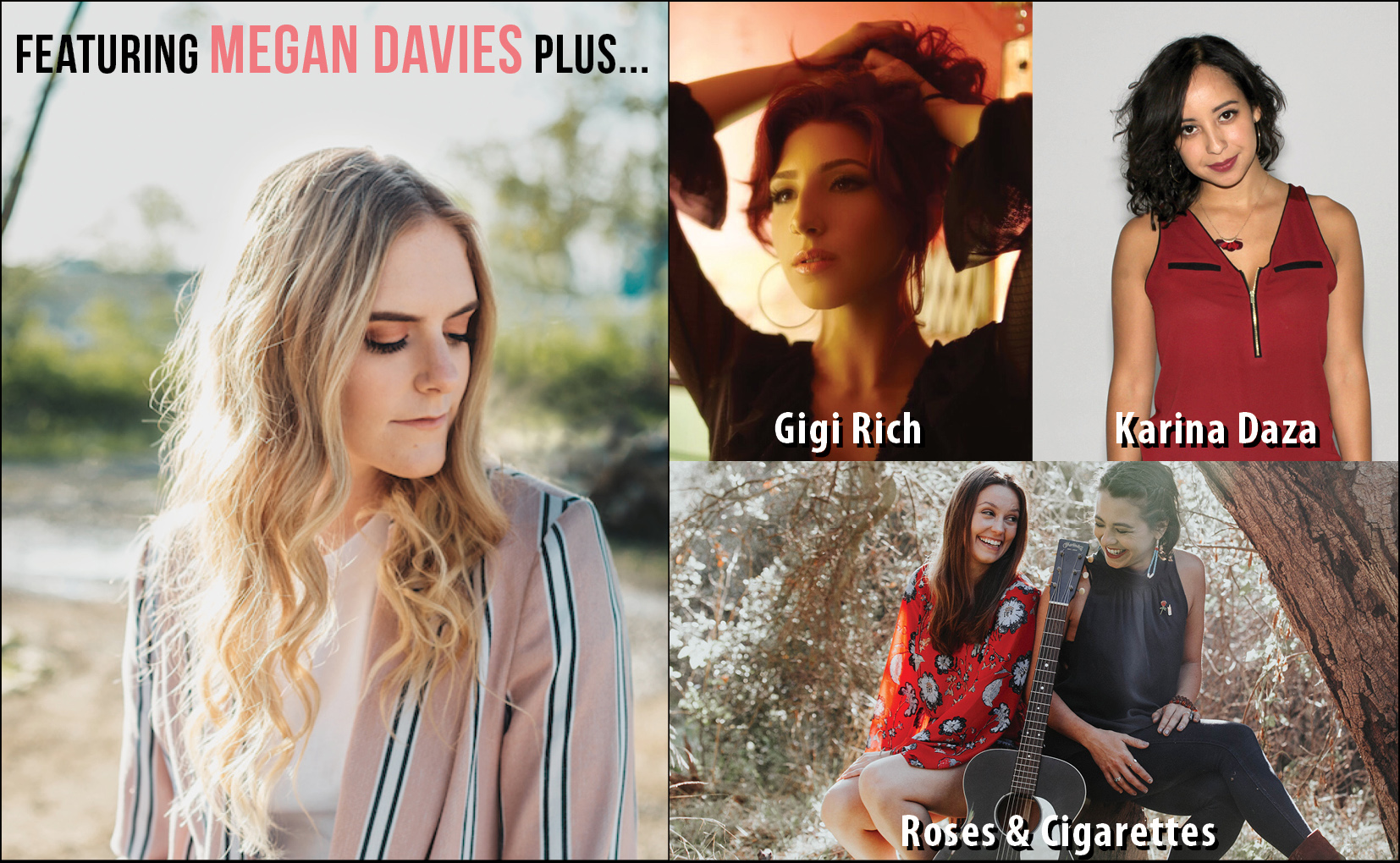 The Women’s International Music Network (WiMN) is pleased to announce the finalists selected to perform at the 2018 Nashville She Rocks Summer Showcase, taking place Thursday, June 28, 2018, from 8:30-10:30 p.m., at The Listening Room Café’s new location in Nashville, Tenn. during the 2018 Summer NAMM trade show. There will be a sponsored raffle during the event with amazing prizes. There is a suggested donation of $5 online pre-sale, or $7 on site.

The showcase, which is open to the public and is sponsored by Martin Guitar, Fishman, 108 Rock Star Guitars, Casio, Sennheiser Paul Mitchell and Parade magazine. To learn more, visit www.thewimn.com/summer-namm-showcase/.

Megan Davies is a Nashville-based, alt-pop singer-songwriter who began her career as many young aspiring musicians do—on YouTube. However, after amassing more than 1 million subscribers and 175 million views for her acoustic covers and mashup videos, she discovered her true passion for writing and performing her own original music. Since debuting her original Bad Poetry EP last year, Davies has enjoyed more than 2 million Spotify streams (per Month) and a cross-country tour. Her new single, “Doesn’t Matter,” was released in May 2018. megandaviesmusic.com.

As a child growing up listening to Alicia Keys and Amy Winehouse, Gigi Rich was inspired to write her first song at age 13. She followed up on her musical ambitions and won Amateur Night at New York’s iconic Apollo Theater. After graduating high school early to pursue her musical studies at Juilliard, she landed a coveted spot on Team Gwen during season seven of NBC’s, The Voice. Rich is currently performing dates around the U.S. and working on her second EP, which will be completed soon. www.gigirich.com.

New York native Karina Daza is an indie singer-songwriter who began her training as a classically trained vocalist at Fordham University, The Juilliard School, and The Music Conservatory of Granada in Spain. After spending time as an arranger and musical director, she was inspired to compose her own music. With an affinity for fusing different elements from multiple genres, Daza’s live performances have taken her from the famous BlueBird Cafe in Nashville all the way to Carnegie Hall. Her debut EP is slated for release in 2018. www.karinadaza.com.

Roses & Cigarettes are Jenny Pagliaro and Angela Petrilli, an L.A.-based duo whose music is an eclectic blend of roots, rock, Americana, country and pop fueled by their common musical tastes, which range from classics like Fleetwood Mac, the Eagles and Bonnie Raitt; to more contemporary artists like Patty Griffin, Sheryl Crow and Miranda Lambert. Fresh off the release of their 2018 EP, “The Acoustic Sessions,” they are currently in the studio recording their second full length album, due out later this year. www.rosesandcigarettes.com.