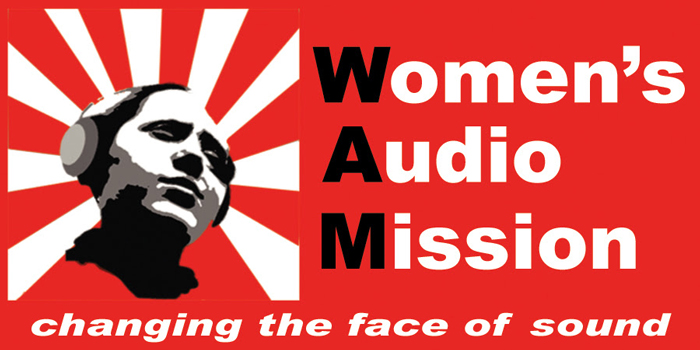 Women’s Audio Mission (WAM), a San Francisco-based nonprofit dedicated to the advancement of women in media production and the recording arts, a field in which women are critically underrepresented (less than 5%), was awarded a competitive Art Works grant from the National Endowment for the Arts. WAM trains over 1,200 women and girls a year in the only professional recording studio in the world built and run by women. The grant will support WAM’s youth program, Girls on the Mic, a groundbreaking training program that serves over 800 San Francisco Bay Area girls ages 11-18 a year with free media production and recording arts training.

“The arts are part of our everyday lives – no matter who you are or where you live – they have the power to transform individuals, spark economic vibrancy in communities, and transcend the boundaries across diverse sectors of society,” says NEA Chairman Jane Chu. “Supporting projects like the one from Women’s Audio Mission offers more opportunities to engage in the arts every day.”

Girls on the Mic has been recognized by the White House Office of Social Innovation, who visited the program to observe WAM’s innovative methods of attracting girls to media arts training and has been featured on ABC 7 News, NBC News, KQED, KALW, and more. The program serves communities with the highest high school dropout rates in San Francisco (close to 20%) and introduces girls to music technology in a professional recording studio, home to former recording projects from top artists like Alanis Morissette, Radiohead, and R.E.M.

“The ongoing support of the NEA has been so critical to the growth of our Girls on the Mic program, making it possible for us to reach over 800 girls next year,” says WAM Founder and Executive Director, Terri Winston. “This is especially important considering that less than 5% of the people creating all of the sounds and media in our lives are women. WAM’s training and mentoring in media arts technology amplifies the voices of women and girls so that they can leverage the power of their stories and the content they create.”