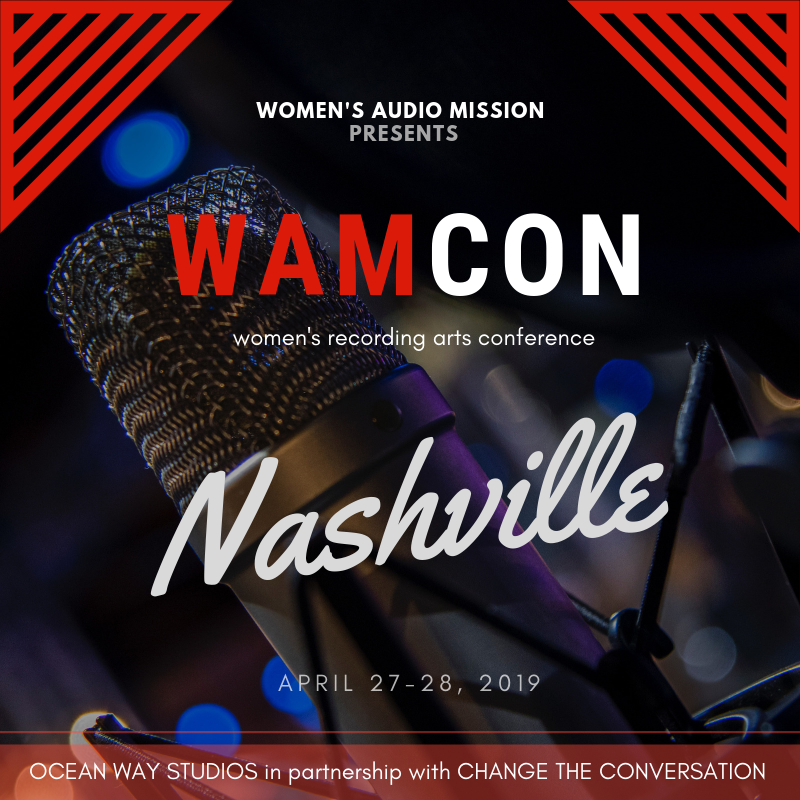 Women’s Audio Mission announce the inaugural WAMCon Nashville this April 27-28, 2019. Join WAM in the country music capital for an unforgettable, hands-on conference experience with some of our favorite, most accomplished professionals in the business, including:

WAMCon Nashville is an interactive recording conference for women (including transgender or cisgender; non-binary and gender non-conforming individuals) presented by Women’s Audio Mission and hosted by The Tracking Room and Belmont University’s Ocean Way Nashville Recording Studios in partnership with Change the Conversation and sponsored by Spotify, Eventide, Epidemic Sound, Shure and Universal Audio.

Don’t miss this immersive experience with award-winning music producers, recording engineers, songwriters, and record executives involved in making the music you love most! This event is perfect for aspiring producers and engineers as well as musicians and students interested in the recording and music industries.