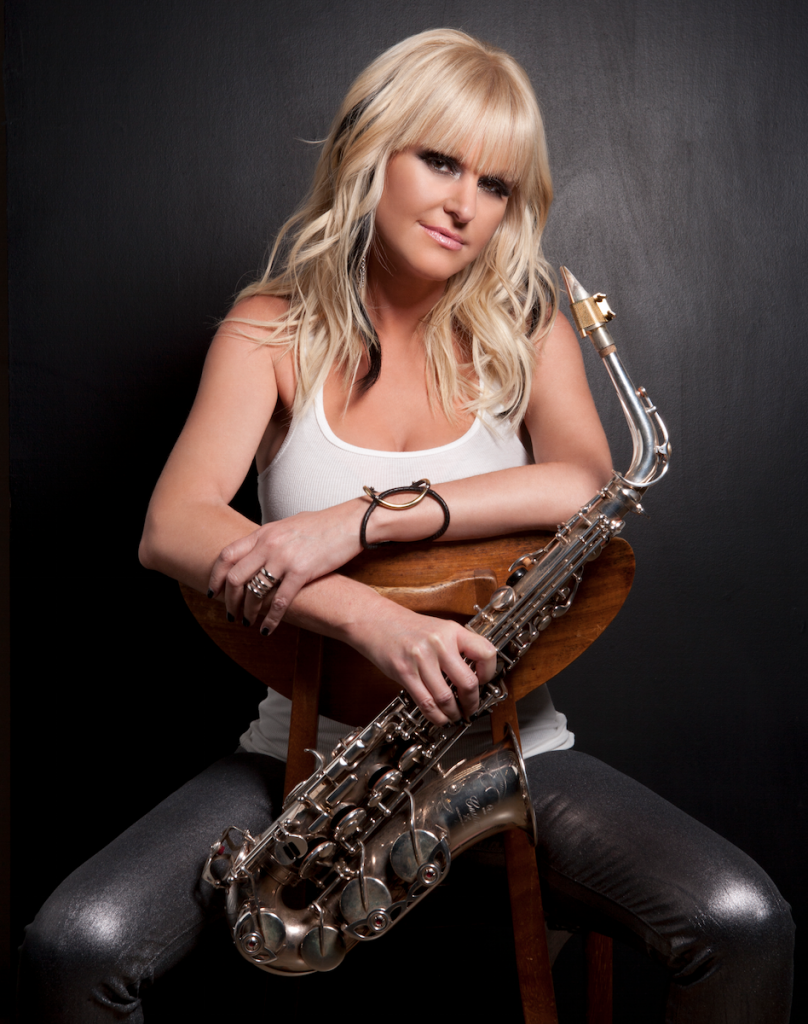 The Women’s International Music Network (the WiMN), producer of the annual She Rocks Awards, is thrilled to announce saxophonist, singer and songwriter Mindi Abair as its first selected award recipient for the upcoming 2015 She Rocks Awards. Now in its third year, the event will take place during the NAMM Show on the morning of Jan. 23, 2015 in Anaheim, Calif.

“What an honor to be recognized with a She Rocks Award,” Abair said. “I think back to my childhood and I’m so thankful that no one told me it was odd for a girl to rock the saxophone until it was way too late. What an incredible journey my saxophone and my music has taken me on.”

One of the most dynamic and accomplished performers in music today, Abair’s seventh solo release, Wild Heart, debuted at #1 on the Billboard Jazz and Contemporary Jazz charts. In addition to her acclaimed solo work, Abair was the featured saxophonist on the 2011 and 2012 seasons of American Idol, jammed with Paul Shaffer on the Late Show with David Letterman and joined rock legends Aerosmith for their 2012 summer tour.

More recently, Abair received a 2014 GRAMMY® nomination in the Best Pop Instrumental Album category for Summer Horns, a number one recording with her friends Dave Koz, Gerald Albright and Richard Elliot, four of the most preeminent saxophonists in contemporary music.

The She Rocks Awards pays tribute to women who display leadership and stand out within the music industry, and has become a standard at the NAMM Show. Previous award recipients include female industry leaders such as Sheila E, Orianthi, Dinah Gretsch, Janie L. Hendrix, Mary Peavey, and more. The event brings together industry professionals, music icons, artists, fans and media to celebrate women in music.

“It’s been humbling to receive such overwhelming support for the She Rocks Awards,” said WiMN founder and She Rocks Awards producer Laura B. Whitmore. “We’ve got a whole lot more to share soon. The third annual event will be the very best yet!”

To find out more about the 2015 She Rocks Awards, please visit http://www.thewimn.com/events/she-rocks-awards/.