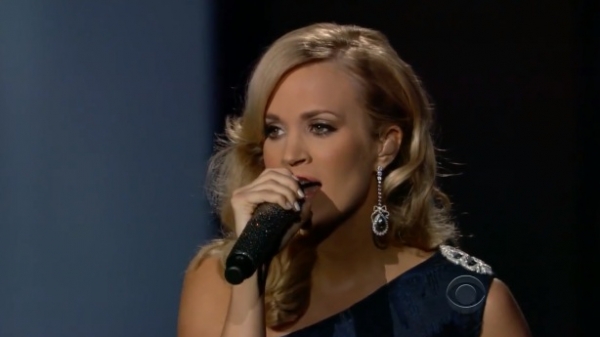 On Sunday, Sept. 22 during the 65th annual Emmy Awards in Los Angeles, Calif., country singer Carrie Underwood honored the role that T.V. played in introducing The Beatles to the United States in 1964 via the Ed Sullivan Show with a heartfelt performance of “Yesterday.”

Television played a special role for Underwood as well, since she, too, rose to stardom thanks to American Idol in 2005.

Watch Underwood’s performance of “Yesterday” by The Beatles below: