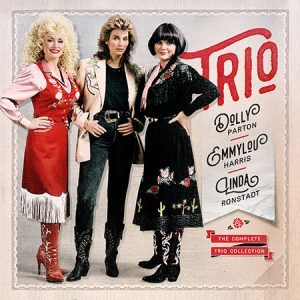 Dolly Parton, Linda Ronstadt, and Emmylou Harris have premiered a new lyric video for an unreleased alternate version of “Wildflowers.” The Parton-penned track, which was originally released on their 1987 collaboration Trio, is featured on the upcoming three-CD set The Complete Trio Collection. The video can be viewed below and the track is also available now at digital retailers.

It would be more than a decade before the group released a follow-up, but when Trio II arrived in 1999 it did not disappoint. The album won a Grammy Award and peaked in the Top Five of the country album chart. It sold more than one million copies worldwide on the strength of tracks like “Do I Ever Cross Your Mind?” the Carter Family’s “Lover’s Return” and a cover of Neil Young’s “After The Gold Rush.”