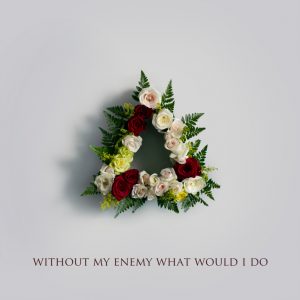 Made In Heights, the Los Angeles duo consisting of vocalist Kelsey Bulkin and producer Sabzi, released their sophomore album Without My Enemy What Would I Do exclusively on Spotify on May 19, making their album available to stream a full week before it hits stores on May 26.

The 13-track album has no definite genre, with Made In Heights citing their sound as “west coast goth” and “mythical filth” on their Facebook page. Bulkin’s light, soaring vocals pair well the minimalist and hip-hop influenced beats by Sabzi, taking the listener on a trippy electropop journey. Several tracks include outtakes from the studio, giving the entrancing album a quirky, personal touch.

The duo currently have two shows announced for the summer, the first being at Lightening In A Bottle in Bradley, Calif., and the second at the Electric Forest Festival in Rothbury, Mich.

Check out their website here for more info, and listen below to the streaming of Without My Enemy What Would I Do.