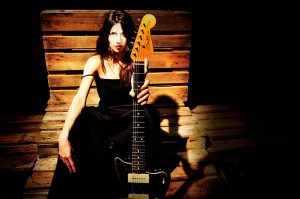 Italian guitarist and singer Sara Ardizzoni’s solo project Dagger Moth has released her 2nd album titled, “Silk Around The Marrow” which takes the listener on a personal journey of womanhood. With song titles like, “Ovaries”, “Birthmark”, and “Dyrhólaey” Ardizzoni says, “it deals with my perception of my body and my mind  through the passing of time, wondering how to face aging, dealing with some decisions that usually women ‘are expected’ to take.”  The album is haunting and ethereal with each song folding into the next playing out like a dream on the edge of reality. Ardizzoni blends live guitar-looping with prerecorded electronic samples splendidly, wrapped around her rich, smooth vocals. 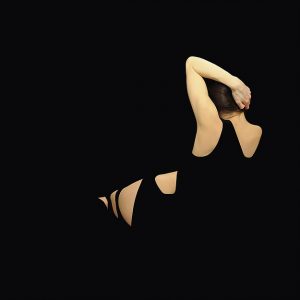 Ardizzoni has been surrounded by all genres of music since she was a child thanks to her father’s love for playing guitar and singing. She learned to play guitar by age 17 and found herself involved in many independent bands before embarking on a solo career by 2012.  Growing up in Italy, she now resides in the beautiful city of Ferrara which is home to local jazz clubs and a variety of music genres (metal, jazz, rock, songwriters).  However, because of her use of English words in her songs, Ardizzoni feels she doesn’t quite fit into the current Italian music scene. But this suits her just fine; she has always remained independent with producing her own music and booking her own performances. Ardizzoni is quick to point out she is an accomplished guitarist FIRST despite the gender stereotype of being automatically labeled as a singer because she is female.  Phrases like, “you play like a man” and “not bad for being a girl” are dropped frequently in Italy. But this type of judgemental attitude does not shake her drive to continue creating unique original concepts as Ardizzoni points out, “The list of stereotypes is so long and corny that after all these years I have started making fun of it ..sooner or later I’ll write a book about it..or a concept album.”

Video for “Out Of Shot” by Dagger Moth feat. Joe Lally can be viewed here.

Below is a video of her project Dagger Moth performing live in The Warehouse. 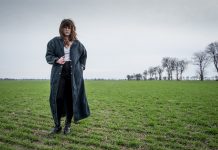 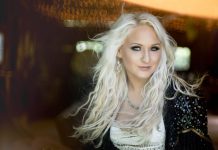 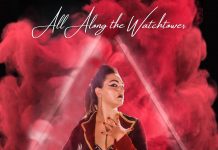