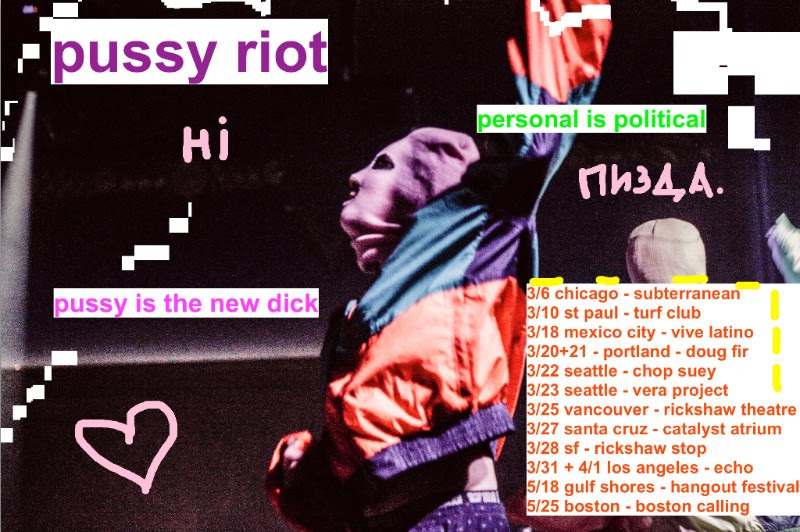 Russian, feminist art collective Pussy Riot have announced that they will be making their debut appearance in the US. The shows will include live music and art performances influenced by political and social issues in Russia, including the re-election of the country’s president, Putin.

Pussy Riot will be showcasing new art with their performances to appeal to a larger audience. Along with the headlining tour, the group will be making appearances at Boston Calling and Hangout Festival. Check out the tour dates below and learn more about Pussy Riot’s work on their website.

More dates will be announced!