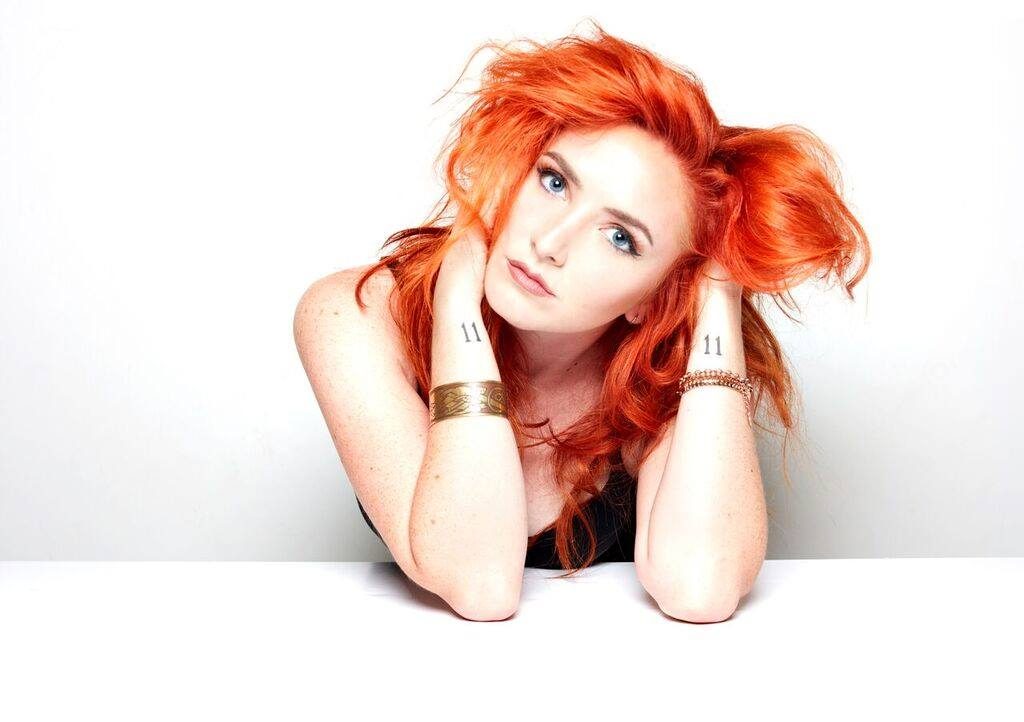 In an industry where women often face many challenges, Los Angeles born rapper and songwriter DEVMO found her voice within the hip hop community, despite her appearance. And by appearance, I am referring to her petite and feminine appeal.  But any doubt in her skill is quickly dissolved the moment she speaks into a mic.

DEVMO proves her rap goddess once again in her latest album titled, Call It A Night, which is scheduled to release in January 2017. A five song EP, she says it plays more like diary entries rather than songs.  Each one reflecting pinnacle experiences in her life throughout 2016; from being in love, to heartbreak, career obstacles, paranoia, and tough life choices. She produced 4 of the 5 songs as well.

Devin Moses aka DEVMO’s first love was singing. She took guitar lessons at an early age and started creating her own songs almost instantly.  But, it was when she heard hip hop on the radio for the first time and found she could rap every word effortlessly was when she fell in love with that genre of music. The flow, the lyricism, the punchlines.  Her first attempts at writing “cool” rap songs fell flat; and soon realized that being authentic and true to herself was the winning formula for artistic flow.  She writes from her own personal life experiences, with lyrics of empowerment and struggle that women can relate to.  DEVMO once rapped for Iggy Azalea after her show in San Francisco, California, “I was one of the people she [Azalea] picked to go up on stage and dance at the end of her set. As soon as the song finished, I asked her if we could go back stage so I could rap for her. She said yes. I rapped for her and her friends who listened, clapped, and danced. She was incredibly sweet. She’s definitely one of the nicest celebrities I’ve ever met.”

As an openly bisexual woman, I asked DEVMO if her sexual identity hindered her in the music industry. She says it was quite the opposite because she started out her career by catering to the LGBTQ community, feeling a special connection with them. But, DEVMO wants her music to reach everyone on every platform. Her hustle is hard, her game on point and understands the necessity in having a team to bring her career to the next level.  Her advice to any woman choosing music as a career is straight-forward. “DO IT. NOW. You have to truly live for yourself without a second thought about what others think of you or your music. You have to be so incredibly brave and tremendously strong. The most important thing you need to do in order to pursue your music dreams is NEVER STOP. If you don’t get an opportunity, keep going. If your friends or family don’t approve, keep going. If you’re doubting yourself, keep going. You need tunnel vision. You can do it.” says DEVMO.

DEVMO has competed (and won) in major rap contests. She has performed in well-known venues in cities across the nation and the world, with performances at Dinah Shore, SXSW, and recently toured with national recording artist, rapper Angel Haze.  DEVMO was recently featured in Curve Magazine and will attend The NAMM  Show in Anaheim, California in 2017.

To learn more about DEVMO and purchase her music, visit her website here.

Below is her new music video for her song, “Wah Wah Wah” from her album, Call It A Night.