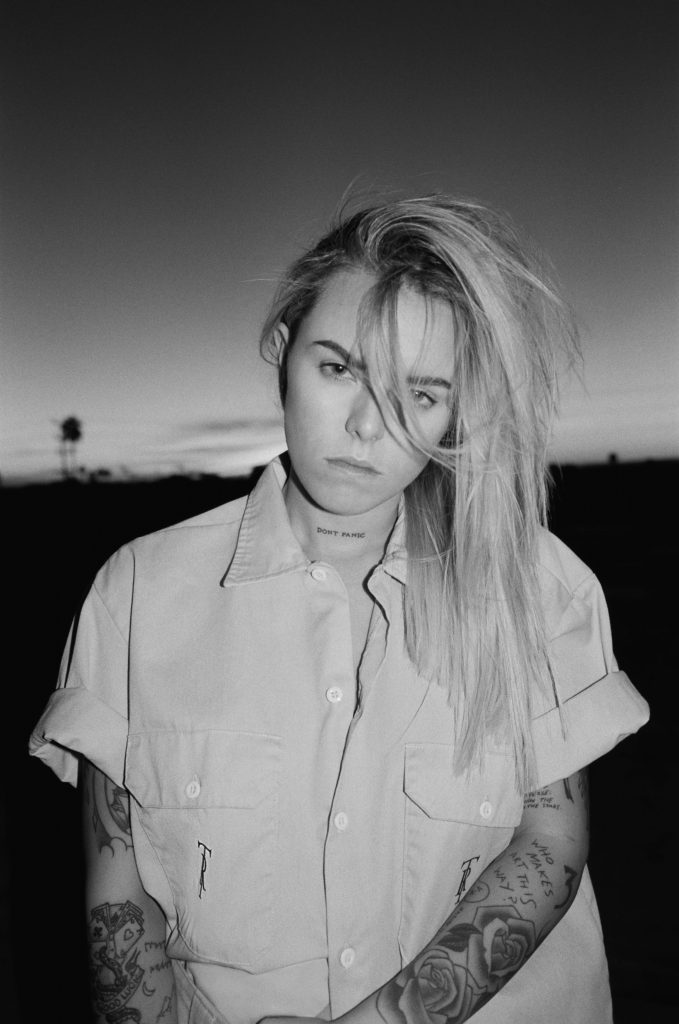 Lauren Sanderson has made quite the name for herself. At just 22, the Fort Wayne, Indiana artist already has a successful TED Talk video, and her self-released 2017 critically-acclaimed album Spaces debuted at #1 on the iTunes R&B Chart – ahead of major artists Sza and Khalid. Her newest album DON’T PANIC is her first work signed to a major label, courtesy of Epic Records. You can stream it here.

Sanderson has a true gift for inspiring. As a motivational speaker and Youtube sensation, she found herself on the TED Talk stage when she was still in high school, sharing her personal experiences with parents on how to really listen to their children.  Eventually, Sanderson extended her gift to rapping and songwriting with her first self-produced album, Center of Expression (2016) followed by Spaces. She is unapologetically raw and uncut, pushing beyond everyone’s boundaries and challenges us to just be ourselves.

WiMN: What was your reception like after doing your 2015 TED Talk video “For God’s Sake, Just Love Them”? How did it differ from parents vs. teenagers?

LS: Doing a TED Talk was really important for my career because it taught me how much I loved being on stage inspiring people. Before then, I had always felt so influenced by certain motivational speakers like Gary Vaynerchuk and Jon Acuff. So afterwards when teachers, principals, etc. were coming up to me asking if I would come speak to their students, I knew I had done my job.

WiMN: In that video, you start with a plastic tub of letters from inquiring teenagers. Are you still receiving letters/emails from young adults? If so, are you able to respond to them now that your music career has taken off?

LS: I do still receive letters – yes! I don’t post my P.O. Box too much now since I am much busier and not able to answer AS much. But, I do still respond from time to time when a letter really stands out/speaks to me. It’s pretty dope that people feel they can pour their heart out knowing I will understand what they’re going through.

WiMN: Do you play any musical instruments?

LS: I play piano and drums! I’m still a baby at both but the passion is there so it doesn’t matter; it still feels rockstar. 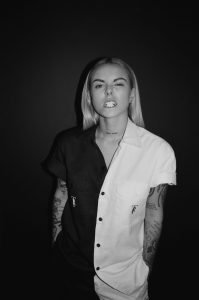 WiMN: Women are vastly under represented in the music industry. What are you doing to ensure your music and message are being pushed to the forefront?

LS: No matter where this industry takes me, I will continue to keep being loud, keep wearing whatever I want, keep being assertive, keep being outspoken, and never ever be silenced. This is me. Take it or leave it.

WiMN: What would you say is the key factor that sets you apart from other music artists?

LS: The key factor that sets me apart is I just have fun with this shit. I don’t take anything too seriously, I trust every part of the process and laugh at the shit that ends up not working for me. It’s dope that my supporters know I’m truly having the time of my life doing all of this, and when I’m on tour, the second I get on stage, we all have the time of our lives TOGETHER. It’s dope.

WiMN: Do you remember the pinnacle moment in your career when you realized you were finally on the path you were meant to be?

LS: Honestly – my first show, ever. The second I heard people singing back the lyrics to my songs, it was a wrap right then and there. I was like, “Yep this is it. This is where I’m meant to be.” Ever since then, I have continued to stay real and raw with them, and my supporters and I will never lose that connection.

WiMN: Your new album is your first collaboration with a major label; Epic Records. What is different between your self-produced album Don’t Panic and Spaces? How much influence did you have on this new album?

LS: Ahhhhh!! I know, I’m freaking out about it!! This project is truly incredible and could not define this time in my life more than it does. Sonically, lyrically, production wise, everything is INSANE growth for me and I can’t wait to see what my supporters think of these songs. Especially the track, “In The Middle”.

LS: 2019 will definitely be a wild year for me. I think early in the year, we’ll pick one of these songs for radio (crazy), lots of music videos, touring on touring, and quite possibly my first real ALBUM. Wish me luck, MF!