Home News Artist News Nicole Atkins Offers “Neptune City” To Aid Hurricane Relief
Share on Facebook
Tweet on Twitter
Nicole Atkins has released a re-recorded version of her song “Neptune City” to benefit her native Jersey Shore in its relief efforts to overcome the destruction from Hurricane Sandy. All donations received from the download will be directed toward nonprofit organizations working to restore and rebuild the Jersey Shore.
Nicole Atkins was personally affected by Hurricane Sandy — after moving back home with her family two months ago in Shark River Hills, NJ, so she could record her new record in Sweden as planned, her town sufferened massive damage.  The first floor of her house was destroyed and had to be stripped down to its insulation, but was actually one of the lucky ones as 23 homes were condemned and have to be torn down completely. Sadly, the storm also claimed Atkins’ guitars, record collection and precious family photos.
Learn more about Nicole Atkins’ story at her official site, and purchase “Neptune City” for $2 at neptunecity.bandcamp.com>> 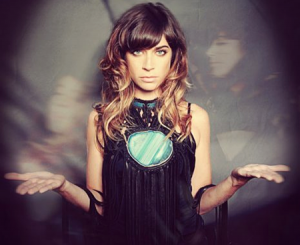