Kristi Hoopes made her mark on the country scene earlier this year with her debut single, “At Least It’s Something,” after winning a songwriting contest through the mobile app Lyricord.

The song, along with two others, was recorded at the famous RCA Studio A with some of Nashville’s top musicians and producers, and was released to country radio both nationally and internationally. A music video, which features the recording session, was released soon after and circulated widely on outlets such as CMT.com, YallWire, The Daily Country, and Country Music Life.

The 17 year-old rising followed up her success by releasing a new single, “In My Own Sweet Time” while she was in Nashville for the CMA Fest 2015.

The upbeat summertime song was written by Jessi Alexander, Jon Randall, and Jennette McCurdy, and is Kristi’s first time recording a song written by someone other than herself. The single was also recorded at RCA Studio A in Nashville. Future plans include a music video to accompany the single as well as a full-length album to be released at a later date. Download “In My Own Sweet Time” now available on iTunes, Amazon, and other digital retailers, here.

For the latest from Kristi, go to http://www.kristihoopes.com/ 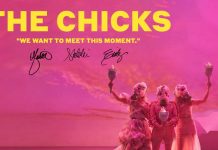 The Chicks Dropped ‘Dixie’ And A New Song ‘March, March’ In Support Of The Black Lives Matter Movement 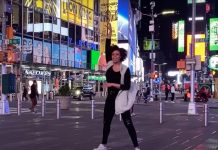