Montaigne (aka Jessica Cerro) is sure to be a name and voice you soon won’t forget. At only 23 years old, the latinx Australian singer-songwriter has already dominated the charts on her home turf with each single on her debut album Glorious Heights hitting #1 most played on triple j while her certified-Gold single “Because I Love You” hit #25 on triple j’s ‘Hottest 100’ charts. It’s no surprise Montaigne has surpassed 8.5 million streams on her most popular track on Spotify – the songstress won the ‘Best Breakthrough Artist’ ARIA Award (equivalent to the US Grammy), was also nominated for Cosmopolitan’s ‘Fearless Woman Of The Year’ Award, and commended by Sia personally following her triple j ‘Like A Version’ cover of “Chandelier.”

Hardly ever shying away from political debate, Montaigne’s latest offering is no different. Rallying the youth of today and our future leaders/innovators, the official music video for “Ready” (from her forthecoming album, Complex) showcases Montaigne leading the pack as they prepare for the revolution amidst the global climate crisis. Teen Vogue went on to praise Montaigne and the duality of the track: “Though the reality and political conversation surrounding climate change are deeply disheartening, the upbeat and firey pace of the song and video represent the underestimated power that this current generation of youth retains.”

“Ready” is undoubtedly Montaigne’s most anthemic single to date, a heartfelt call to arms, and a soundtrack for activism. There’s an undeniable element of pop to this song as Montaigne’s soaring vocals elevate the chorus, and the irresistible hook “I think I’m ready to go, I think I’m ready,” cycles like a mantra around shifting drumbeats. 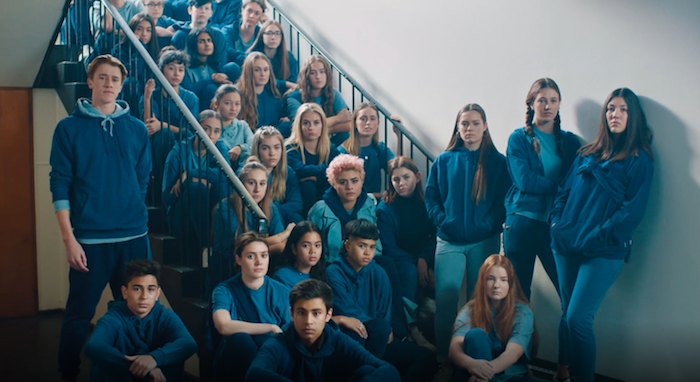 Like all of Montaigne’s music, there is a deeper element, a considered purpose for this song. She explains: “To me the song is about this political moment, where humanity is starting to realize how actually cooked this planet is, that it never had to be like this, and that we have the power now to overthrow those who’ve forced us into this corner. It’s music that I’m proud of representing, because I think that it reflects the feelings swirling around the current political shitfest my generation is facing, and it attempts to transform the anxiety amongst those feelings into angry power. It’s like a fuel source.”

On the “Ready” music video, Montaigne says: “The video is supposed to be a celebration and most importantly encouragement towards the school strikes for climate… ‘Ready’ is dedicated to young people who are not yet jaded and worn down by the realities of this world. Those who inspire us with the fire of anger against injustice so that we may be galvanized to stand up and demand what is right from our world leaders.” 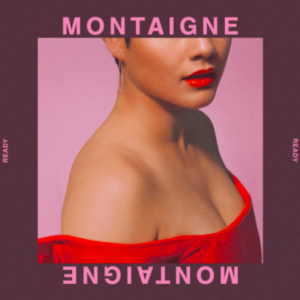 Additionally, she elaborates on the slam poetry introduction and rallying the students for the video shoot: “I saw Fergus perform a slam poem he had written at the first School Strike For Climate in Sydney. I was blown away by how eloquent the poem was, how incisive the metaphorical language was, and how confident he was in presenting this creative creation…so I got in touch with him through Instagram and asked if he’d like to contribute to the video.” All in all, the experience was one both Montaigne and the kids will always hold dear. “I think all of us walked away from it feeling like we were a part of something massively special and spiritually permanent. My soul felt very warmed and I felt very heartened about the future.”

Montaigne will take to the road this November to celebrate the release of Complex, taking in 13 dates throughout the country. She’s partnered with fundraising program PLUS1, so $1 from each ticket sale will go to biodiversity non-profit Bush Heritage Australia.