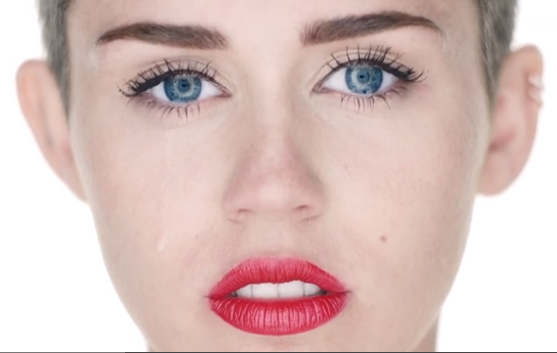 OK – we gotta give it to Miley Cyrus for doing her good deed of the year. With all the bad attention she’s gotten lately, the singer did something during yesterday’s VMA awards that may help her redeem herself.

When Jimmy Fallon announced Cyrus’ name as winner of Video of the Year for her controversial video for “Wrecking Ball,” the singer stood up as she directed a young man up to the stage. It turns out that young man was Jesse, a homeless teen in the U.S.

“Thank you, all,” he said, as an emotional Cyrus looked. “My name is Jesse.” He then went on to explain that there are more than 1.6 million runaways and homeless youth in the U.S. – “I’m one of these people,” he said. His speech was so emotional that Cyrus shed a tear or two.

Check out the acceptance speech below as well as the “Wrecking Ball” video: