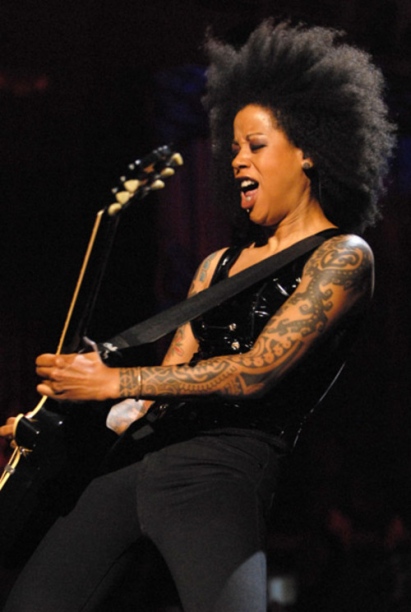 If you saw this year’s Super Bowl Halftime show, you caught Beyoncé’s amazing all-girl musical ensemble The Sugar Mamas tearing it up on stage.

Beyoncé told BlogHer.com that she started the 10-piece band to inspire young girls to play music.

“When I was younger I wish I had more females who played instruments to look up to. I played piano for like a second but then I stopped,” she told BlogHer.  “I just wanted to do something which would inspire other young females to get involved in music so I put together an all-woman band.”

Some of the impressive members of the band include guitar player Bibi McGill (Pink, Paulina Rubio, La Ley), as the Musical Director; Kat Rodriguez on the saxophone, Rie Tsuji, Assistant Musical Director and keyboardist; and more.

Check out The Sugar Mamas in action below.

The Sugar Mamas during the Beyoncé Experience Tour: