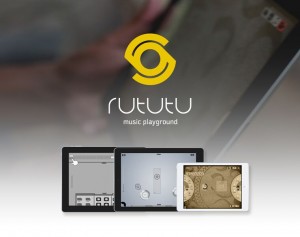 EarthMoments announced the launch of a new Kickstarter campaign to fund its unique Rututu app. Think of it as a music playground where you can literally drag and drop sounds to create your own tracks with a touch of a finger.

Based around a series of recording sessions with musicians from all over the world, the library in the Rututu app will bring a variety of hard-to-obtain sounds to the fingertips of all types of musicians, which combined with the touch-based control surface will make the Rututu app an intuitive and easy-to-use tool for beginners and skilled musicians alike. Users will be able to easily incorporate the Rututu app sounds into both traditional and modern music using the loop-based composition and beat-making features in the Rututu app. Listen to demo tracks made using sounds from the Rututu app here.

“The Rututu app offers several things not available in the market today, starting with the ease of producing top-notch, professional-sounding music through its unique interface. Additionally, most producers and musicians don’t have access to the kind of instruments made available through Rututu, because they are not available outside of the sacred communities the EarthMoment team visited. It took extensive research to develop an intuitive platform and to locate the best musicians and instruments –– and with Rututu, users will be able to easily add these unique flavours to their songs,” said Rututu Project Manager Yoav Rosenthal.

The Rututu sounds and loops in the app will be able to be manipulated using a unique custom-designed touch-based interface. Users will open a “playground” and drag “soundpads” onto locations on the surface. Each soundpad will offer loops and rhythms that play a variety of sounds that change depending on where they are placed in the playground. “Snapshots” of a setup can be saved and incorporated into the “trackbox” to create entire compositions. The sounds can also be manipulated using a variety of effects.

The app will also feature a library of “soundscapes” for musicians, DJs or producers to create tracks. Gorgeously designed original graphics in the app will weave traditional Indian themes into the app’s modern applications.

“The Rututu app presents a fun and creative way to incorporate its vast selection of tracks into contemporary music. Anyone will be able to open it up and create with it right away, and the sound quality brings loop-based composition to a whole new level,” said EarthMoments Director Kris Karra.

Tracks created in the Rututu app will be able to instantly be shared to Facebook or SoundCloud directly from the app.

EarthMoments will use the Kickstarter funds to perfect the app before it is launched in 2015. In exchange for contributing the project, backers can receive a variety of exclusive rewards, including special VIP content, signed original sketches of the app’s design, public accolades and much more.

Find out more at http://www.earthmoments.com.